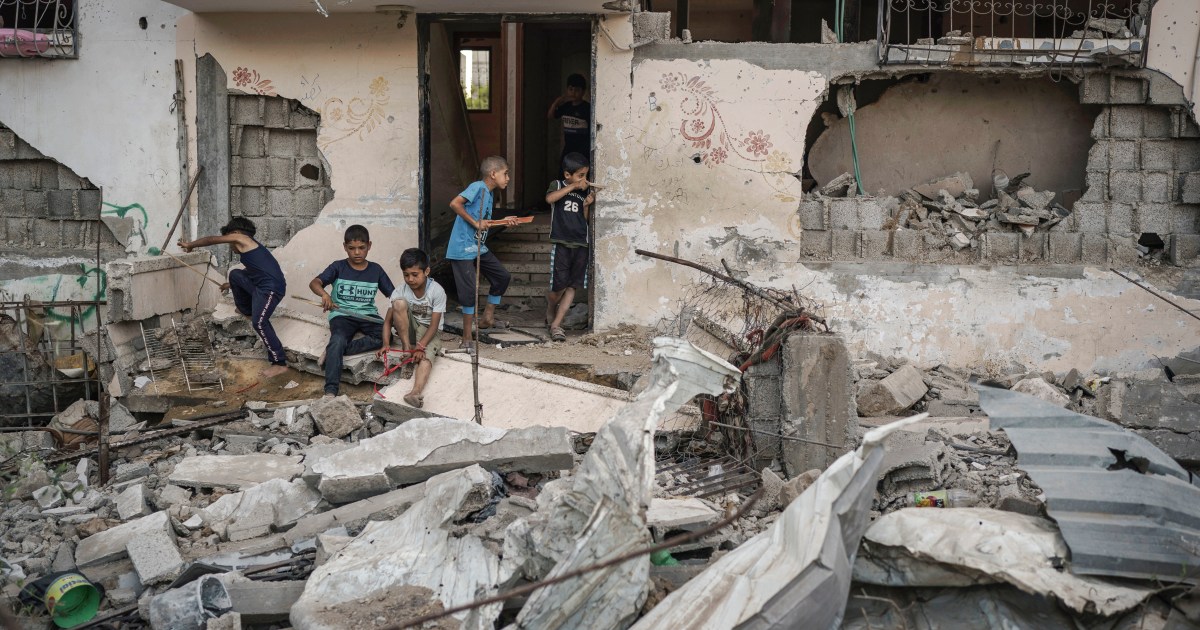 To renege on a promise to help children who need help is a lasting stain on anyone’s name and character – whatever their appellation or station.

That is what Canada’s Prime Minister Justin Trudeau has done to the damaged children of Gaza – victims of incessant Israeli perversions, invasions and a long, grinding blockade that, this month, turns 15 years old.

Trudeau has abandoned a pledge he made in writing several years ago – if this fraudulent prime minister even remembers penning it – to support and hail Canadians who wanted to help heal Gaza’s wounded children in Canada.

Worse, he has betrayed the hospitals, doctors, nurses, and other kind Canadians who had volunteered to join Canadian/Palestinian Nobel Peace Prize nominee, Dr Izzeldin Abuelaish, in his bid to get just 100 injured and traumatised Gaza Palestinian kids to Canada for the care they need.

The still urgent need for that still necessary care was made plain in an arresting report issued earlier this week by the advocacy group, Save the Children, which found that four out of five children in Gaza are besieged by panic, anxiety and dread.

They cannot sleep. They cannot concentrate. They are overwhelmed by sadness and grief. They worry, wait, watch and listen for an apartheid state to do what it inevitably does: drop more bombs, fire more bullets, unleash more drones, raid more homes, destroy and disfigure more lives while it uses force, fear and threats to bar children, women and men and the stuff of life from getting into or out of Gaza.

The report says, almost every one of the 800,000 children who sleep in Gaza wets their bed. Nightmares revisiting vanished-in-an-instant homes, schools and loved ones are equally common. More than half suffer from what is known as “reactive mutism”: when shock and trauma translate into withdrawal, a blank numbness and silence.

Other children endure grievous wounds not only of the mind and spirit, but also of the body. Scarred faces and figures. Lost limbs. Lost eyes. Lost independence. Lost hope.

It is an old, inhumane story that Save the Children says keeps getting worse year after year, invasion after invasion. Alas, the report did not pierce the suddenly egalitarian consciousness of Western news editors who, predictably, remain fixated on the fate and futures of Ukrainians. You see, Palestinian kids are “buried” in more ways than one.

One moment three of Dr Abuelaish’s daughters, Bessan, 21, Mayar, 15, Aya, 13 and a niece, Noor, 17, were alive, the next they had been dismembered by Israeli tank shells shot into the family’s home in Gaza, where they had huddled together in the midst of another invasion meant to teach imprisoned Palestinians another lethal lesson.

Dr Abuelaish was at home too. He was cradling his six-year-old son, Abdallah, when the first shell struck. They were in the salon. Smoke and dust enveloped the tattered house. Stunned and disoriented, Dr Abuelaish stumbled towards his children’s rooms. Then, another shell hit. He discovered their shattered, blood-drenched bodies. Mayar had been decapitated.

How and why did it happen? He cried. He had devoted his life and medical practice – working part-time in an Israeli hospital – to try to bridge the deep, historic and vengeful divide between Palestinians and Israelis.

By his words and deeds, Dr Abuelaish has rejected the impulse to strike back, to hate. Instead, he has chosen to promote peace and compromise in the pursuit of mutual understanding.

Later, widowed and grieving, Dr Abuelaish moved to Canada. And there, in 2014, after Israel invaded Gaza yet again with fatal and crippling consequences, he began a campaign called Heal 100 Kids to enlist the aid of willing Canadians and governments to mend the broken minds, spirits and fragile frames of Palestinian children.

Many Canadians responded. Moved by Dr Abuelaish’s example, other “helpers” stepped forward, eager to repair who and what needed to be repaired. The Ontario government agreed to do what it could, too.

Then federal opposition leader Trudeau seized the political opportunity to establish his “humanitarian” bona fides in stark counterpoint to Prime Minister Stephen Harper, who was, of course, indifferent to Palestinian suffering.

On August 3, 2014, Trudeau urged Canadians on Twitter to: “Please add your name in support of bringing Palestinian children to receive medical treatment in Canada.”

Two days later, Trudeau returned to Twitter, this time to applaud then-Ontario health minister, Eric Hoskins, and the province’s Liberal government “for their commitment to support the #Heal100Kids initiative”.

Harper refused to allow Palestinian children and their families to come to Canada. Heal 100 Kids was killed by a callous little man who happened to be a prime minister.

A year later, Trudeau took over the job with a healthy majority.

In 2018, Israel murdered and maimed many Palestinians along the Gaza/Israeli border. In a column published that awful summer, Dr Abuelaish asked Trudeau, as prime minister, to keep his word finally and resurrect plans to arrange for 100 Gaza Palestinian children to travel to Canada to be cared for by Canadians who wanted to care for them.

Like Harper, Trudeau refused, proving that his old tweets championing Heal 100 Kids were, like the man, a cheap stunt rather than a reflection of true conviction.

Last May, after 67 Palestinian children were killed and hundreds hurt in an 11-day Israeli turkey shoot, Dr Abuelaish tried again to convince the prime minister to convert the hashtag he once shared with his legion of followers into belated action.

The prime minister has compounded his sorry hypocrisy by treating an extraordinary Palestinian Canadian – who has been feted by foreign leaders, including in Israel, and awarded 18 honorary doctorates in recognition of his history, humility and humanity – like a nobody, unworthy of a reply.

But, as we know, despite all the insipid rhetoric about how this prime minister and his government consider all victims of state-sanctioned violence – regardless of where they live or die, what they look like or who they pray to – as deserving of compassion and safe refuge in Canada, Palestinian victims of war, including children, will always be unworthy nobodies.

You want further proof. Here is the proof.

Trudeau and his battalion of “people” – I will return to them shortly – did not hesitate to marshal and insist that the often ponderous machinery of government be mobilised instantly to provide Ukrainian victims of war with a new place to call home, a work permit to find a new job and the best care in Canada.

Any Ukrainian who wants to come to Canada – whether it is for a short or long time – can come. Now. No visas required. No cap on numbers. No waiting in line.

Meanwhile, Dr Abuelaish and 100 Palestinian children have been deserted for eight years and counting. Unimportant. Forgotten. Discarded. It is a blatant and shameful double standard.

That shame extends to Trudeau’s smug, patronising roster of surrogates who speak for him and his government.

Armed with the harrowing Save the Children study, I sent Trudeau’s “people” a list of questions. Chief among them: does the prime minister of Canada recall backing Heal 100 Kids and, if so, why has he failed to do what he wanted Canadians to do – lend their time, skills, resources and energy to comfort some battered Palestinian kids in Canada?

Like their boss, they have refused to answer straightforward questions about his shoddy volte-face.

Trudeau is “a liar and a hypocrite”, Dr Abuelaish said in understandable frustration.

“History,” he warned, “does not forget or forgive.”

The views expressed in this article are the author’s own and do not necessarily reflect Al Jazeera’s editorial stance.