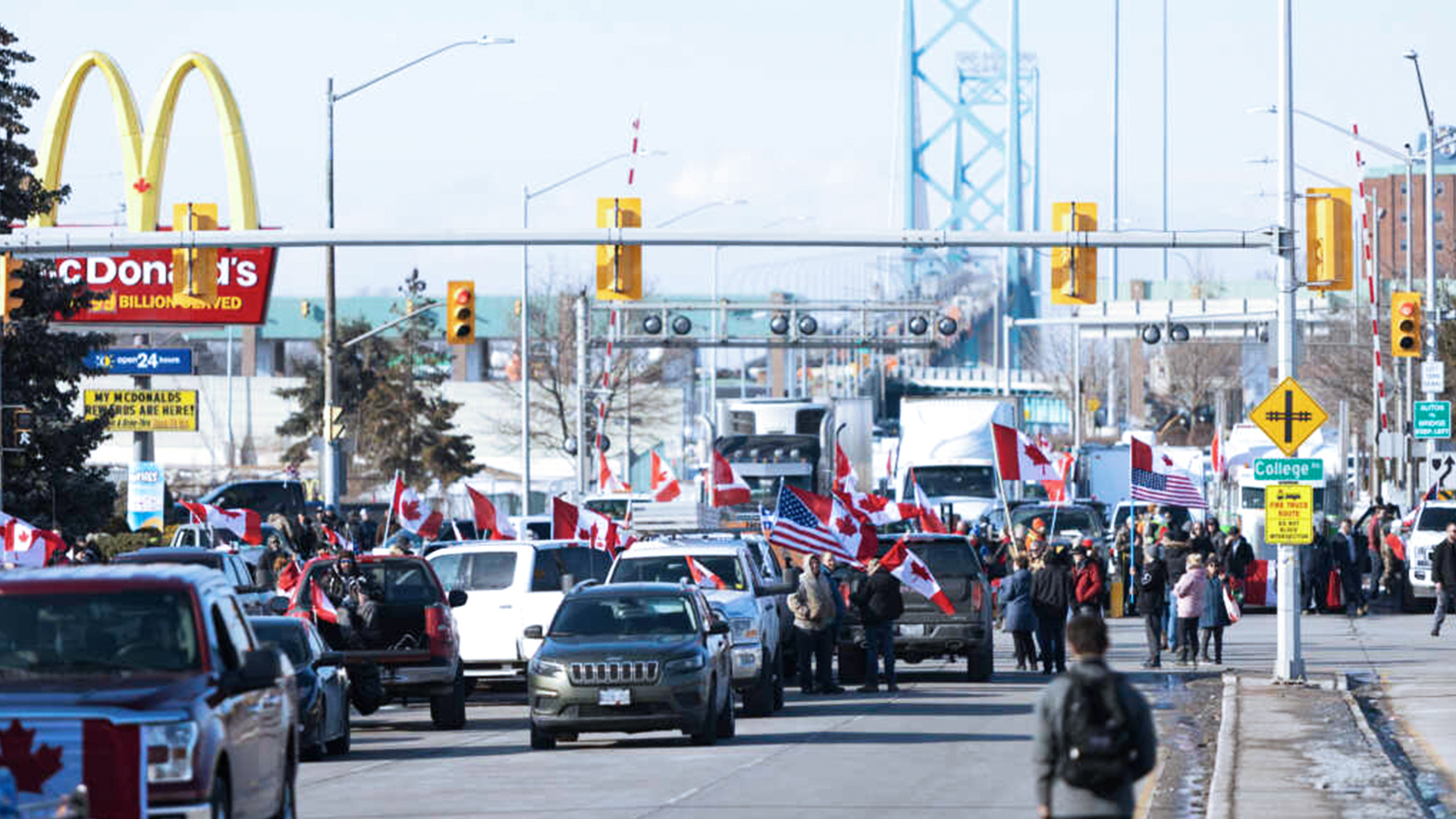 The Christian crowdfunding platform GiveSendGo, headquartered in Delaware, is firing back after a Canadian judge froze access to the more than $8 million raised by the website for the ongoing Freedom Convoy.

The GiveSendGo fundraiser cropped up after it was reported the mainstream platform GoFundMe cut off access to the $10 million people had donated to its campaign, stating the trucker convoy — protesting the vaccination mandates put in place by Canadian Prime Minister Justin Trudeau — has “become an occupation, with police reports of violence and other unlawful activity.”

It is, of course, worth noting there have been minimal reports of violence. Additionally, GoFundMe promoted a fundraiser in 2020 for the “CHOP” occupation in Seattle.

Listen to the latest episode of the Faithwire podcast below.

According to CBC News, Ontario Premier Doug Ford’s office issued a statement Thursday announcing Attorney General Doug Downey requested, under Section 490.8 of the Criminal Code, that the provincial government be permitted to prohibit anyone in Ontario from distributing funds donated to GiveSendGo’s “Freedom Convoy 2022” and “Adopt-a-Trucker” campaigns. The Ontario Superior Court of Justice granted the request late Thursday.

GiveSendGo, however, is vowing that will not happen:

Know this! Canada has absolutely ZERO jurisdiction over how we manage our funds here at GiveSendGo. All funds for EVERY campaign on GiveSendGo flow directly to the recipients of those campaigns, not least of which is The Freedom Convoy campaign.

As for the monies frozen by GoFundMe, headquartered in California, Florida Gov. Ron DeSantis (R) tweeted in early February that his administration will “investigate” the matter.

He accused the crowdfunding platform of “fraud,” claiming the site is “commandeer[ing]” the donations and giving the money to “causes of their own choosing,” according to CBN News.

DeSantis is not the only one raising questions about GoFundMe’s actions.

Republican lawmakers in the U.S. House of Representatives are requesting their own investigation into the issue. On Thursday, House Minority Whip Steve Scalise (R-La.) and Rep. James Comer (R-Ky.) called on House Democrats to hold hearings on what they deemed discrimination by GoFundMe executives, The Hill reported.

“We write to request that you hold a hearing to examine yet another incident of Big Tech silencing certain viewpoints in potentially unlawful ways,” the Republicans wrote in a joint memo to House Majority Whip James Clyburn (D-S.C.) and Rep. Carolyn Maloney (D-N.Y.) “This time GoFundMe Inc. is selectively discriminating against certain people by canceling their ability to organize funds through its crowdfunding platform.”

Scalise and Comer accused GoFundMe of attempting “to defraud hardworking taxpayers of millions of dollars in donations received” in support of an effort they characterized as promoting “individual freedom.”

Canadian lawmakers, it should be noted, are urging U.S. politicians to not interfere with the Freedom Convoy, claiming speaking out in support of the effort — as many Republicans have done — is inappropriate “foreign interference.”

“We need to be vigilant about potential foreign interference,” Canadian Public Safety Minister Marco Mendicino said, according to Time. “Whatever statements may have been made by some foreign official are neither here nor there. We’re Canadian. We have our own set of laws. We will follow them.”