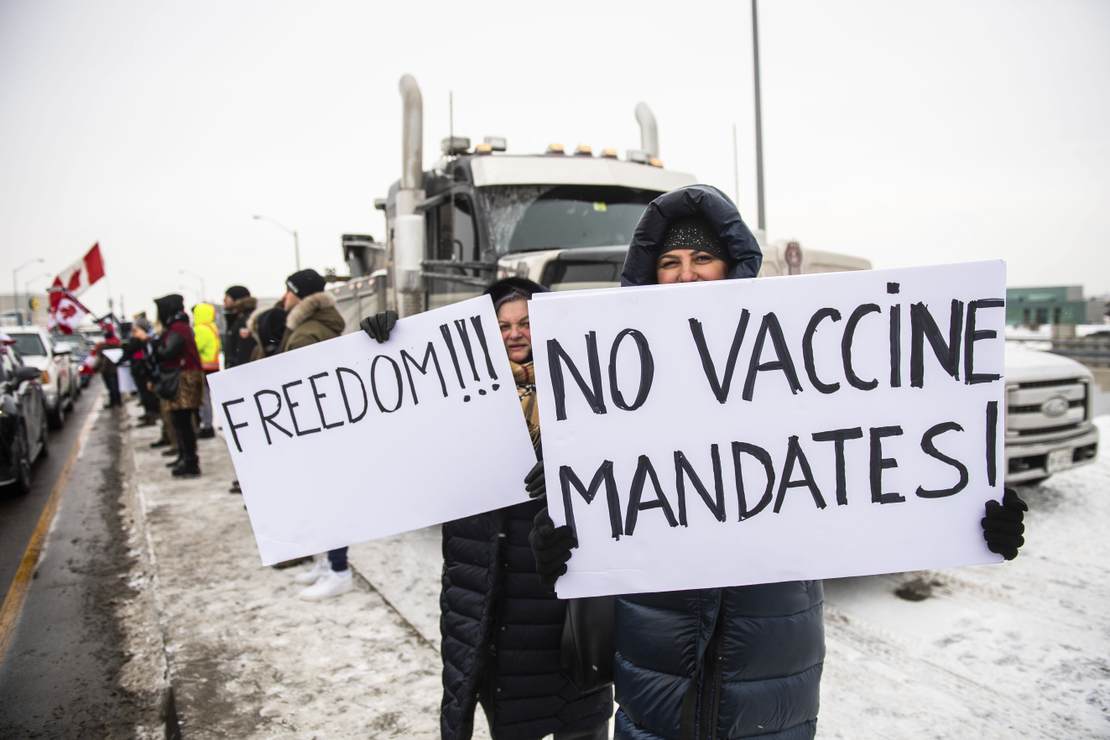 Over the past weeks, the GoFundMe account supporting the Canadian Freedom Convoy has raised over $9 million from small donors. Today, at the request of the Trudeau dictatorship, that account was shut down. To add injury to insult, GoFundMe has decided to repurpose the donations, sending them to a charity that has the approval of that corporation rather than returning them to the donors. You have to submit an “application” to get your money back. Here is GoFundMe’s statement:

To ensure GoFundMe remains a trusted platform, we work with local authorities to ensure we have a detailed, factual understanding of events taking place on the ground. Following a review of relevant facts and multiple discussions with local law enforcement and city officials, this fundraiser is now in violation of our Terms of Service (Term 8, which prohibits the promotion of violence and harassment) and has been removed from the platform.

Organizers provided a clear distribution plan for the initial $1M that was released earlier this week and confirmed funds would be used only for participants who traveled to Ottawa to participate in a peaceful protest. Given how this situation has evolved, no further funds will be directly distributed to the Freedom Convoy organizers — we will work with organizers to send all remaining funds to credible and established charities chosen by the Freedom Convoy 2022 organizers and verified by GoFundMe.

The statement is utter bullsh** down to its core. GoFundMe is doing this because all of the big tech companies are acting as arms of progressive administrations to enforce their whims. We see it on YouTube, Google Ads, Facebook, Instagram, Twitter, everywhere. The Freedom Convoy is embarrassing Trudeau and shaking things up in Canadian politics. That makes them a threat. There is neither violence nor credible threats of violence associated with the Freedom Convoy, but we can’t have mere proles standing up to a fascist darling, can we?

I suppose we should have anticipated this. After all, GoFundMe deactivated the account, raising money for Kyle Rittenhouse’s legal defense while leaving in place the funding effort to bail out BLM rioters. They have an active fundraising page for Gaige “Lefty” Grosskreutz, a felon who brandished a firearm at Rittenhouse. Don’t use these people. Ever. Don’t contribute to fundraisers on their site and let the organizers know why.

Glenn Greenwald, I think, has the correct take on this.

Recall: @TheRickWilson bilked gullible liberals out of $65k using @GoFundMe for a film that never came. He kept promising to get more money, yet: nothing. Despite this being reported and denounced, @GoFundMe did nothing because “the film was anti-Trump:https://t.co/dVlAd7rVqg

We are heading towards parallel systems, and it is not a healthy direction for a pluralistic society. The only alternative we have to voluntary political apartheid is abject surrender, and for the sake of my children, I will never give in to that.

By Todd Carney for RealClearPolitics Florida Gov. Ron DeSantis’s decision to send a plane of…

Like most people with a smartphone, I utilize Google daily to look up various topics….

Democrats seem to have a deep and abiding problem with race. As we reported earlier,…

On Thursday, I attended a Joe Lombardo (R) for Nevada Governor campaign event billed as…