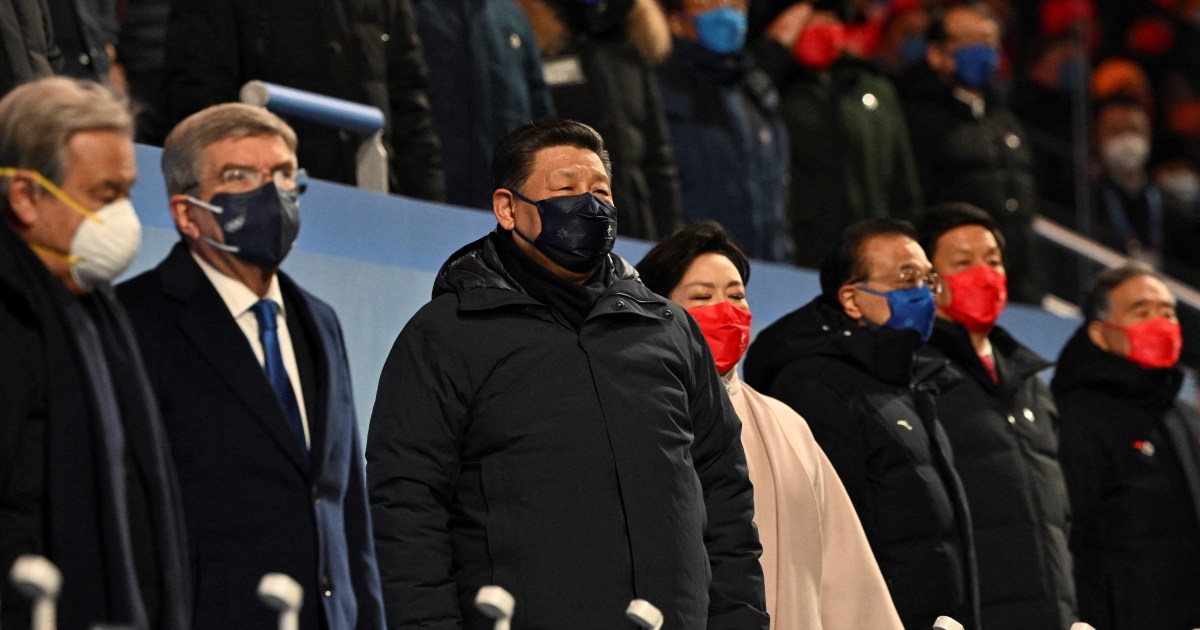 UN secretary-general tells Chinese leaders they must allow Michelle Bachelet to make a ‘credible visit’ to the country, including Xinjiang.

Antonio Guterres, the secretary-general of the United Nations, has told leaders in Beijing that he expects them to allow the UN’s human rights chief to make a “credible visit” to China, including to Xinjiang.

Guterres met with Chinese President Xi Jinping and Foreign Minister Wang Yi on the sidelines of the Winter Olympic Games on Saturday, according to a UN readout of their talks.

The Chinese state news agency Xinhua made no mention of the rights issue in its readout of the meeting.

The UN rights envoy, Michelle Bachelet, has long sought independent access to Xinjiang, a region in far western China where authorities are accused of committing widespread human rights abuses against ethnic Uighurs and other Muslim minorities.

Campaigners say the abuses include torture, forced labour and detention of one million people in internment camps.

China denies the allegations, claiming the camps are re-education and training facilities set up to combat religious extremism.

The issue has soured relations between Beijing and the West, sparking accusations of “genocide” from the United States and a Washington-led diplomatic boycott by some countries of the winter games.

China has slammed the boycott, repeatedly exhorting its critics to stop “politicising” the Olympic Games.

But at the games’ opening ceremony, China chose a young Uighur athlete, 20-year-old cross-country skier Dinigeer Yilamujiang, as one of the final Olympic torch-bearers – a move some analysts said had clear political overtones.

Bachelet’s office in Geneva said last month that conversations were underway for a possible trip to Xinjiang in the first half of the year.

Hong Kong’s South China Morning Post newspaper reported last month that Beijing had relented and agreed to Bachelet’s visit on the condition the trip should be “friendly” and not framed as an investigation.

It also said that Beijing is also understood “to have pressed for a delay” in the release of a long-awaited report on human rights in Xinjiang until the games had wrapped up.

Activists had been waiting for the report eagerly, and pressure had mounted for its release before the Beijing Games, but the UN said late last month it would not be forthcoming before the games.

At Saturday’s meeting with Xi, Guterres “expressed the wish for enhanced cooperation between the United Nations and the People’s Republic of China in all the pillars of the Organization’s work – peace and security, sustainable development, including climate change and biodiversity, and human rights,” according to the UN.

On climate change, the UN chief “recognised the important efforts China is making to address climate change but reiterated the appeal for additional efforts to accelerate the transition to the green economy to bridge the emissions gap”.