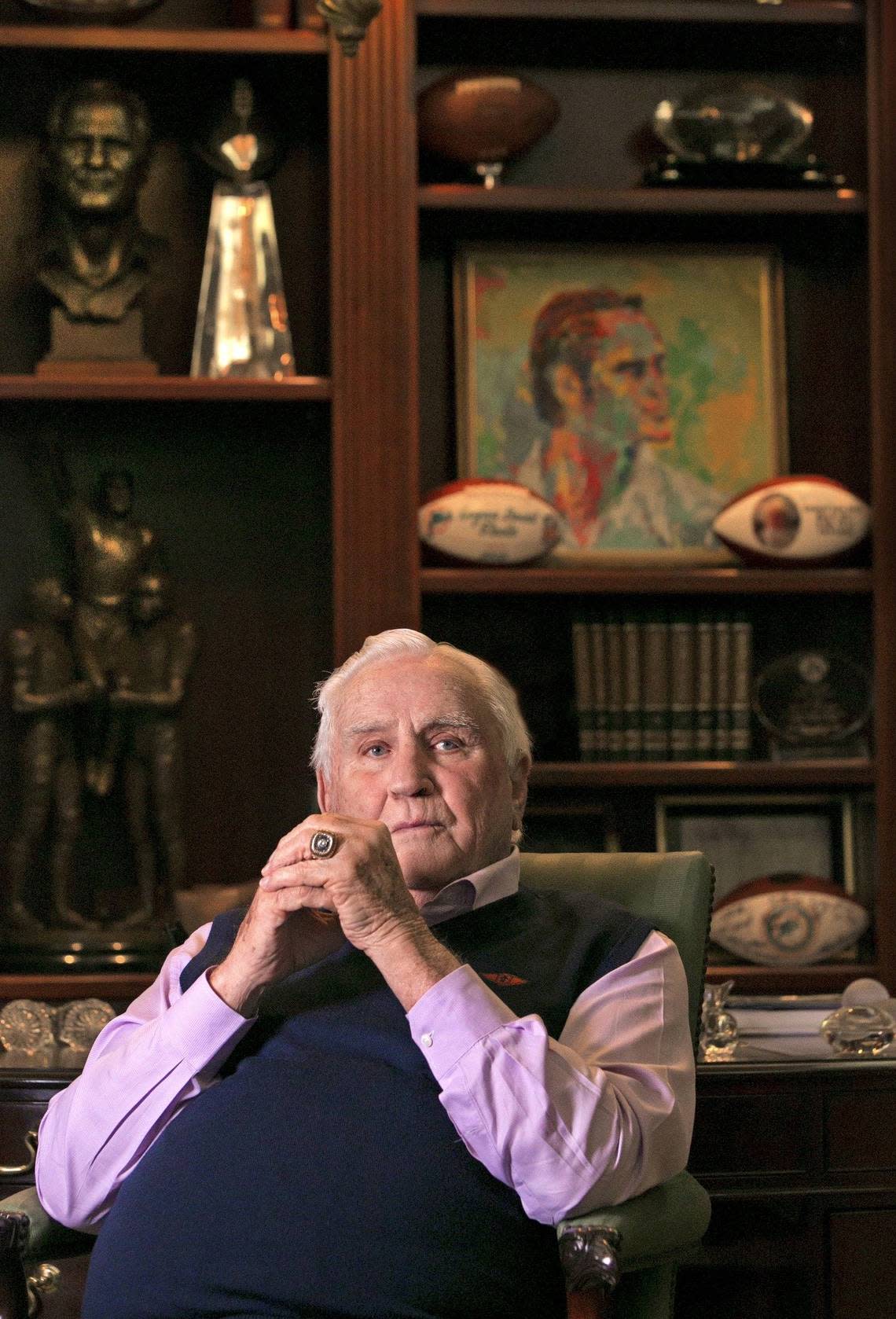 Legendary Dolphins coach Don Shula’s name has been removed from multiple buildings in Miami Lakes, such as the hotel and golf club, after gracing them for decades.

According to Local 10 News, the Graham family, the main developers of Miami Lakes, is moving away from the Shula name because the Graham Company “wants a fresh start.”

The partnership between the Graham family and the late Shula, a longtime Miami Lakes resident, began during his tenure as coach of the Dolphins, whom he led to two Super Bowl championships in the 1970s. When the Dolphins hired Shula in 1970, he and his first wife, Dorothy, and their five kids moved into the Miami Lakes area, immediately becoming the development’s most famous residents. Miami-Dade property records say they sold their house on West Prestwick Place in 1984.

In 1989, the Grahams opened the first Shula’s Steak House and in 1992, the Miami Lakes Inn & Golf Club was renamed Shula’s Hotel and Golf Club in recognition of Shula’s contribution to the community. The Senator Course at Shula’s Golf Club and Shula’s Athletic Club were also properties that bore the name of the Pro Football Hall of Famer.

The restaurant inside the hotel holds memorabilia from Shula, a member of the inaugural class for the Miami Lakes Sports Hall of Fame in 2017.

This will be updated as more information becomes available.