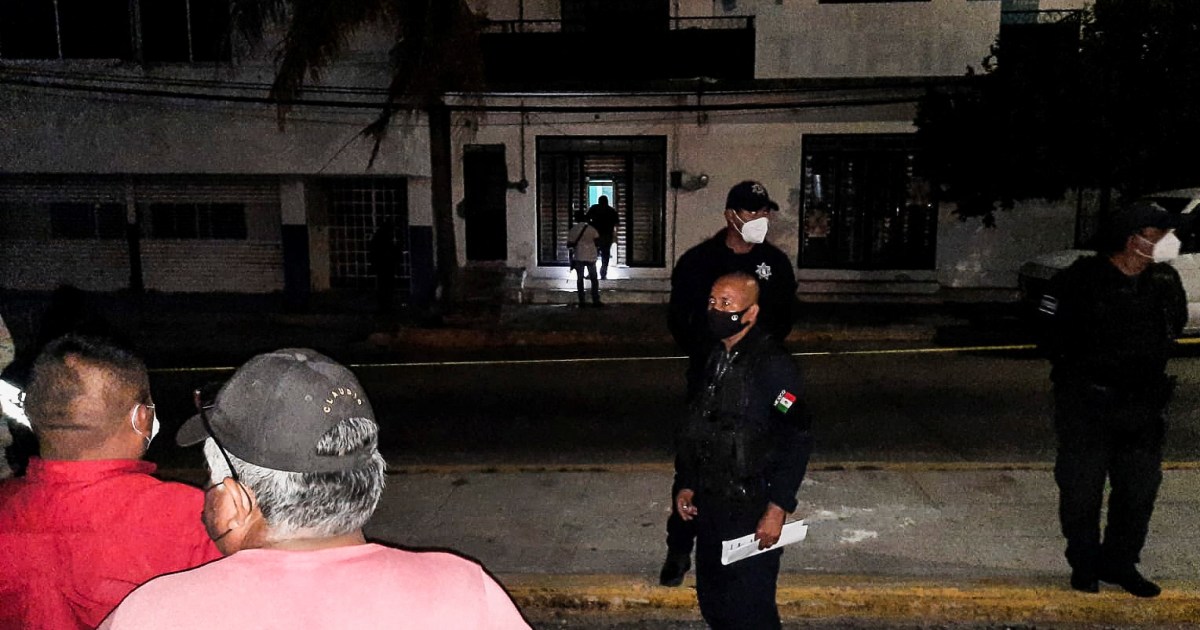 Advocates say the first six weeks of 2022 have been the deadliest for journalists in Mexico in 10 years.

Heber Lopez, director of Mexican online news site Noticias Web, has been fatally shot, becoming the fifth journalist to be murdered in the country since the beginning of the year.

Lopez was attacked on Thursday at his office in Salina Cruz, in the southern state of Oaxaca, according to authorities.

Jan-Albert Hootsen, the Mexico representative for the Committee to Protect Journalists, said Lopez’s murder makes the first six weeks of 2022 “the deadliest for the Mexican press in over a decade”.

“Five journalists were murdered, two survived an attack, a number of others reported death threats,” he wrote on Twitter.

#MEXICO: CPJ is documenting the murder of journalist Heber López Vázquez, who was shot and killed earlier today in Salina Cruz, in the southern Mexican state of Oaxaca. State authorities confirmed to CPJ that two suspects have been arrested. https://t.co/bICIwazOfy

The attorney general for Oaxaca said two people were arrested in connection with Lopez’s killing, though the investigation was still ongoing.

Witnesses said a vehicle carrying two men pulled up in front of Lopez’s office on Thursday evening, according to Rodolfo Canseco Gutierrez, a friend of the victim and director of the online news site RCP Noticias. One man got out, walked into the office and shot Lopez, he said.

Canseco Gutierrez said Lopez covered crime and police news. He said while Lopez had never told him about receiving threats, he did not doubt the killing was connected to his friend’s work.

Mexico regularly ranks as one of the deadliest countries for journalists in the world. From 2000 to 2021, about 145 journalists have been killed in the country, according to human rights organisation Article 19.

With seven journalists killed in the whole of 2021, according to the organisation, the first two months of 2022 have proven particularly deadly.

In early January, Jose Luis Gamboa Arenas, the director of the news site Inforegio in Veracruz, was fatally stabbed.

Weeks later, freelance photographer Margarito Martinez was murdered by gunmen in the border city of Tijuana. Less than a week later, reporter Lourdes Maldonado Lopez was fatally shot in the same city. Authorities said on Wednesday three men had been arrested in connection with her killing.

On January 31, videographer Robert Toledo was fatally shot while preparing for an interview in Michoacan state.

At least three of those killed this year had been enrolled or in contact with a $23m-a-year federal programme to protect journalists and rights defenders.

Following the most recent killing, the Article 19 group called on Mexico’s federal protection programme to “contact [Lopez’s] family members, colleagues and friends as soon as possible, in order to provide the necessary protection measures”.

On Tuesday, United States Senators Tim Kaine and Marco Rubio urged Mexico to do more to protect journalists and criticised Mexican President Andres Manuel Lopez Obrador for lashing out against his critics in the media.