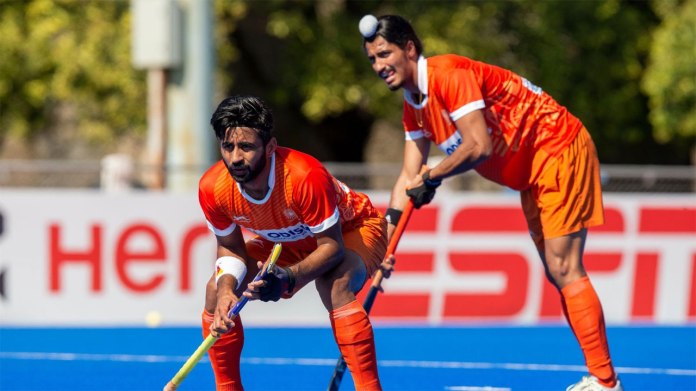 Hockey Pro League: Carrying the mantle of Olympic bronze medallists has added “some pressure” as India begin their campaign in the 2021-22 FIH Pro League Hockey with a match against France here on Tuesday. Follow Insidesport.IN For more updates

After France, the Manpreet Singh-led side will face hosts South Africa on Wednesday.

The tournament will be the Indian team’s first competitive assignment of the year.

Speaking about whether the Olympic bronze medallists tag adds any pressure on his wards, chief coach Graham Reid said, “Realistically, yes, it does add some pressure, but I don’t think it is more than the pressure we put on ourselves to perform well.

“Whenever a team does well at a big event like the Olympics, I think other teams take note of that and there is a target on you. It does add extra pressure, but I think the good part about that is that we tend to play our best when we are in such situations.”

World number three India will fancy their chances against both opponents. India haven’t played world No. 13 France since winning the world league 2015 semi-finals.

Asked how the team has settled in South Africa ahead of the upcoming matches, Reid said, “It’s great to be in South Africa. We haven’t often had the chance to play here at such a high level of competition, so we view this as a great opportunity.

“All the boys understand how difficult it is going to be against these teams here but we are very keen to get the new year off to a positive start.”

India will once again play France on February 12 before concluding the tour with the second match against South Africa on February 13.

Speaking about the distinct format of competition in the FIH Hockey Pro League, Reid said, “There is a different dynamic in this tournament because you get some time between two matches against the same team, so it is a bit like a multi-nations tournament in some ways.

“It is an interesting format which adds a different aspect for teams when they are preparing for their opponents.”

Captain Manpreet echoed the coach’s sentiments ahead of the game and said that the atmosphere in the team’s dressing room is one of excitement.

“The players are excited to get back on the field since the Asian Champions Trophy towards the end of last year. We want to play well and settle into a good rhythm in the beginning of this year, because 2022 is a big year for us with the Commonwealth Games and the Asian Games lined up this year,” said Manpreet.

For more sports news and updates, follow us at Insidesport.IN