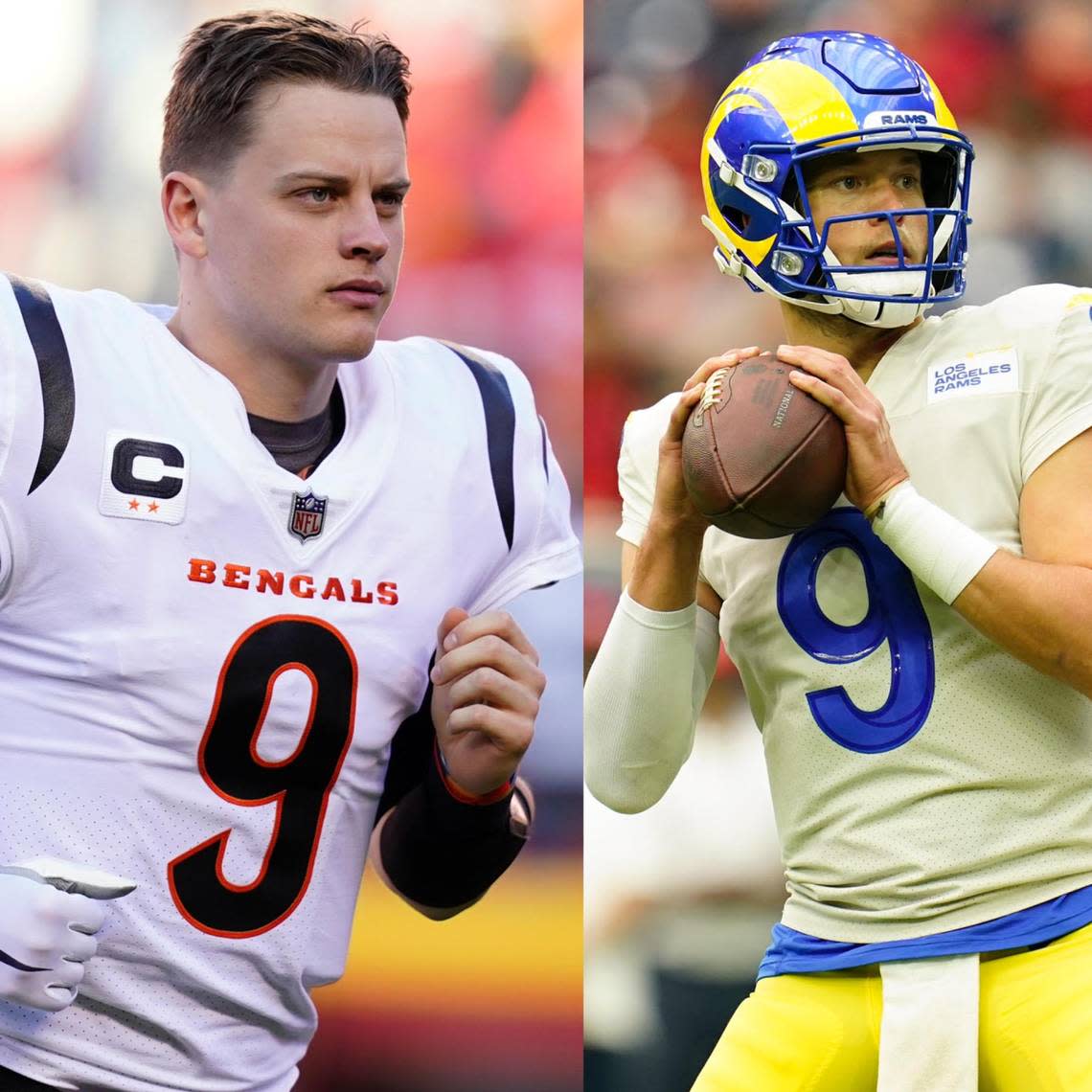 Stafford is the starting quarterback of the L.A. Rams, and the pride not just his of city, Dallas, but his home within that town: Highland Park.

More than 1,000 miles from where Stafford was raised is Burrow’s high school in Athens, Ohio, located between Columbus and Charleston, West Virginia.

Highland Park is a synonymous with opulence, while Athens is … not.

Highland Park and Athens are different worlds, and just another example of class discrepancy.

According to the latest U.S. census figures, the median household income in Highland Park is $211,000, the median value of a home is $1.5 million and 86 percent of its residents 25 and up has a college degree.

With its manicured public parks, always green grass, close proximity to the beautiful campus of SMU, high-end shopping of Highland Park Village, and a fire department building that could be mistaken for a multi-million dollar home, Highland Park is one of the most desirable neighborhoods in the country.

Highland Park High School consistently ranks as one of the best public schools in Texas. It’s also a public school much in the same way that Pebble Beach is a public golf course.

In 2019, when Burrow won the Heisman Trophy during his national-title winning season at LSU, he made a point during his acceptance speech to ask for help on behalf of his hometown.

“It’s a very impoverished area and the poverty rate is almost two times the national average,” Burrow said during his Heisman acceptance speech. “There’s so many people there that don’t have a lot and I’m up here for all those kids in Athens and Athens County that go home to not a lot of food on the table, hungry after school. You guys can be up here, too.”

(Burrow was born in Ames, Iowa, where his dad worked as an assistant coach at Iowa State. The family moved to Fargo, North Dakota, and then to Athens in 2005, where his father coached at the University of Ohio.)

Because Athens is home to the University of Ohio, the temporary population trends associated with a college community is something the town’s leaders like to point out affect some of the sometimes sad looking stats.

It’s not that bad.

Also, according to the Athens County Food Pantry, Athens County has a 20.4 percent food rate of insecurity. That means one out of every five people who live in Athens County aren’t sure about where they’ll get their next meal.

Since Burrow’s speech, and ensuing success as an NFL quarterback in Cincinnati, donations to food banks in that area have flourished. He’s also started his own hunger relief fund, which has enjoyed a spike with the Bengals making their first Super Bowl appearance in 33 years.

Despite their different backgrounds, they do share something in common beyond possessing the God-given ability to be an NFL quarterback who were drafted first overall out of their respective SEC schools.

They are both the sons of coaches who as they grew up enjoyed constantly present support networks, both in their homes and in their neighborhoods.

Burrow’s dad was a longtime assistant college coach, and Stafford’s father was a former swim coach at Florida State who left to enter the insurance business. The neighborhoods and incomes were different, but, ultimately, Burrow and Stafford grew up in homes that “got it.”

Now their respective communities are rallying around their guy who made it from their high school to the Super Bowl.

Stafford’s high school, Highland Park, sold out of the $20 T-shirts “Scots for Stafford” in what amounted to minutes.

“There was a line half a block out the door of all of these people waiting to buy one,” said Stafford’s former coach at Highland Park, Randy Allen, in a phone interview. “I took the video of it and sent it to Matt, and he texted me right back and said he’s honored they are backing [the Rams]. Those things, for me as a coach, mean so much to me.”

Similar things are going on in Athens.

Joe Burrow and Matt Stafford are both products of their homes, their hometowns, and both are in the one percent of football players.

But their respective hometowns just could not be more different.