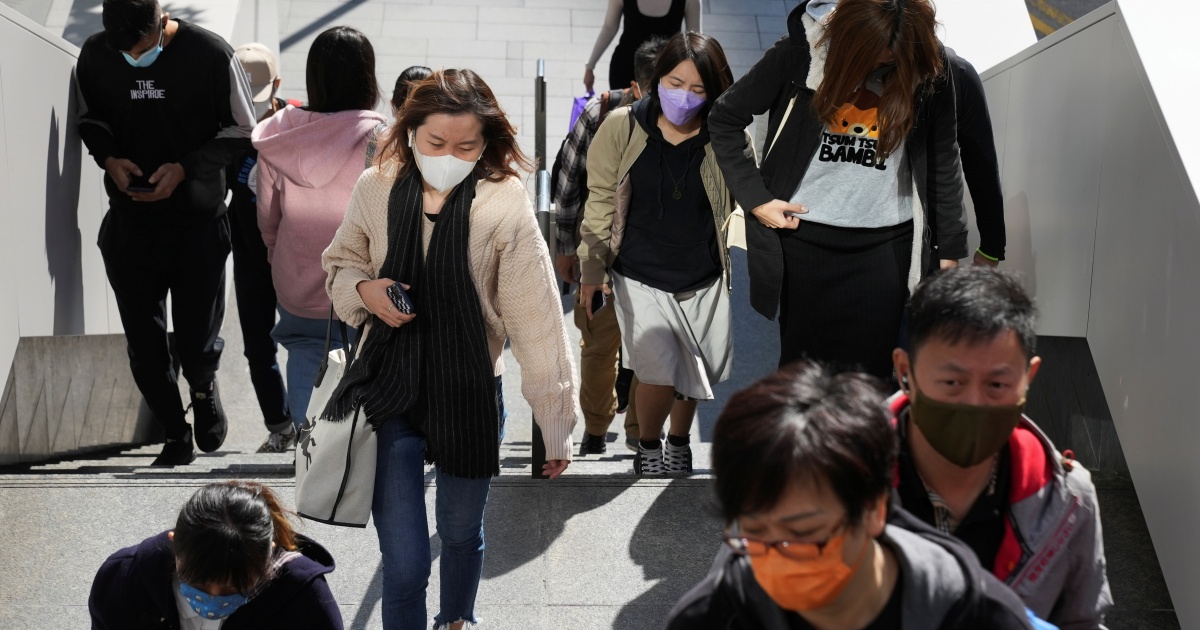 Dozens of senior Hong Kong officials and politicians were ordered into quarantine on Friday after health officials discovered a second preliminary coronavirus case at a birthday party attended by many of the city’s political elite.

“All the people present at the party need to be quarantined,” said Chuang Shuk-kwan from Hong Kong’s Centre for Health Protection.

Home affairs secretary Caspar Tsui was sent to the quarantine camp on Thursday after being deemed a close contact with a potential carrier.

By Friday, he was joined by four other politicians and immigration chief Au Ka-wang – all of whom attended a birthday party on Monday at a tapas restaurant.

“I offer my sincere apology to all people of Hong Kong. I have reflected on this incident and shall be more vigilant in future,” Au said in a statement.

He added he was at the restaurant for a short time and “left immediately after congratulating my friend without having a meal sitting down”.

“I feel I acted carelessly and I rather regret it,” lawmaker Duncan Chiu told local radio. “This has set a bad example.”

Hong Kong leader Carrie Lam has said she was “very disappointed” in the large gathering of officials.

It was held to celebrate the birthday of Witman Hung, a member of China’s top lawmaking body, according to local media.

While the party was legal under rules at the time, health officials advised people three days earlier to avoid big gatherings.

The government upped COVID-19 restrictions this week after a small outbreak of the Omicron variant was traced to a flight crew member.

Multiple local outlets ran a photo showing Hung singing into a microphone with his arm around the shoulder of a smiling woman, both unmasked.

Hung, who apologised late on Thursday, has also been sent to quarantine, local media said.

The party was also attended by nine senior government officials – including the city’s police chief and anti-corruption agency head – but they were not ordered to quarantine as they left the venue before the suspected COVID carrier arrived.

Earlier this week, Lam said the airline must take responsibility for aircrew breaching isolation rules even if “they may not know their employees’ every act”.

Asked by reporters on Thursday whether she should do the same, Lam said it would be “bad for governance” if she took responsibility for the behaviour of her ministers who were expected to lead by example.

It is not the first time officials have found themselves in hot water over health rules.

Last year, three immigration officials, including Au, were fined after they broke social distancing rules to eat hotpot at a luxury clubhouse with a mainland property developer.

The latest high-profile entries into Hong Kong’s 21-day quarantine facilities have left city authorities red-faced as they install a new “patriots only” legislature, which is scheduled to hold its first meeting next Wednesday.

Officials separately confirmed the lawmakers sent to the quarantine facility will miss the start of the legislative term as president of the Legislative Council, Andrew Leung, said he hoped next week’s meeting can continue as planned.

A new group of 90 city politicians was selected last month under new rules imposed by Beijing, which vetted all candidates for “patriotism”.

Only 20 were directly elected amid record low turnout, with the rest selected by reliably pro-Beijing committees.