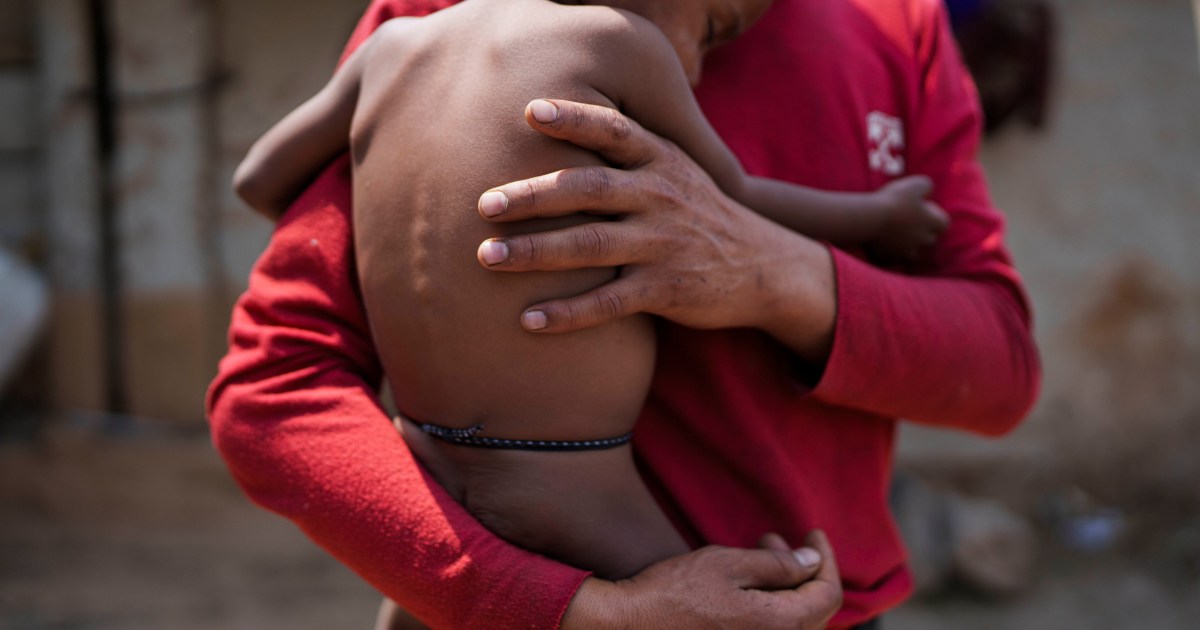 In a remote village in Nepal’s westernmost province, children and women are dying of malnutrition and a lack of health facilities.

Nirmala Bishwokarma, 25, and her one-year-old son need to be given intravenous solution treatment to battle malnutrition. She was married at the age of 15. Since then, she has been pregnant seven times – only two children survived.

The story is similar for many of the women and children in the town of Muktikot, in Bajura district in Sudurpaschim province – about 1,046km (650 miles) west of the capital Kathmandu.

The nearest hospital from the village is a day’s car ride away – plus an additional 12 hours of hiking over dry, steep terrain.

At least 14 percent of women in Nepal’s poorest district do not live past the age of 40.

“Here, 308 families have a high rate of malnutrition,” said Paras Bahadur Shahi, the acting chief administrative officer of the Muktikot municipality – home to about 400 families.

“Nearly 41 percent of the children in Muktikot are fighting malnutrition,” said Mahesh Chand, the chief district health officer in Bajura.

Malnutrition kills children every year in this village.

“It is not uncommon for us to see a child die. Since July 2021, nine infants and children have died because of malnutrition,” said Shahi.

Malnourished children lie helplessly as buzzing flies cover their faces, too weak to wave away the pesky insects. Some children are so wasted from malnutrition that they can scarcely stand on their own.

Janaki Neupane has been working in Muktikot as a health worker for the past two years.

“Young mothers do not monitor their own reproductive health. The nearest functioning scanning equipment is in Kolti, which is a full day’s walk away. Expecting mothers come to the health post only when the pregnancy becomes complicated – if they suffer a miscarriage, they do not speak about it,” said Neupane.

Nirmala’s family are Dalits, a community that forms the lowest strata within the Hindu caste hierarchy and continues to live a life of exclusion, marginalisation, and indignity.

The Dalits of Muktikot can see the Karnali, a major Himalayan river, rushing through the valley to the southeast. But the village lacks water for drinking and irrigation.