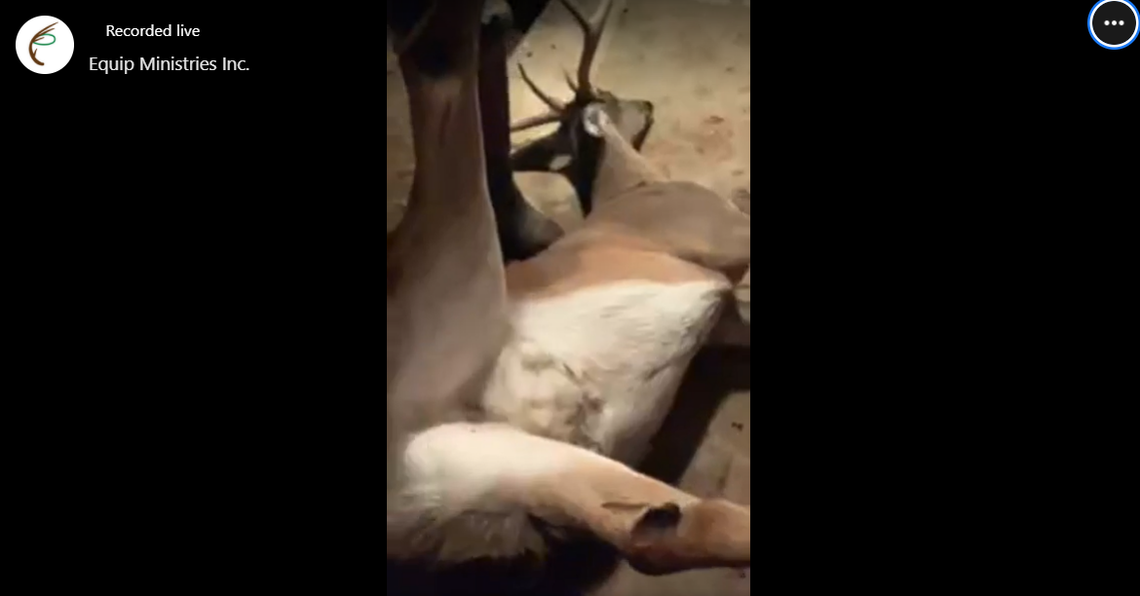 Matt Kelley and his group of hunters in Alabama were hoisting what they thought was an 8-point buck they had killed up onto the skinning rack when they noticed that something was missing.

The deer had a full rack of solid antlers but no male reproductive parts. Instead, it appeared to be a doe, the Alabama Department of Conservation said in a report.

Little did Kelley’s group first know, they had hunted one of the most unusual deer that the state experts had encountered.

According to Chris Cook, the coordinator for the Alabama Wildlife and Freshwater Fisheries Division’s Deer Program, he was familiar with several deer similar to the one that Kelley’s had brought in, but none with a solid head of antlers.

“I’ve seen a few over the years that looked like does externally that had antlers,” Cook said in the department report. “But it’s not physically possible to do that and be fully functional does. I’ll get reports about a few each year in Alabama. The ones I usually hear about are the ones with fully developed antlers but are still covered in velvet. They have enough testosterone to start the antler growth but not enough to complete the cycle.”

Kelley and his group took back five bucks from their hunting session, they told officials. The first time they noticed that something was off about the unusual deer was when one hunter commented on how skinny its neck was.

“Then the guy who shot it was starting to skin it and said, ‘Boys, this is a doe,’” Kelley told officials.

“What was more crazy was the guy who shot it said the deer was actually not chasing a doe but walking behind it,” Kelley said. “The doe urinated and this deer lip-curled just like a buck would. The landowner has had this land all his life, and they’ve never killed one like it his whole life. It’s a significant rack for a buck. If you looked at it, you would say this one was a shooter.”

The deer isn’t completely a doe, though, according to Cook. It’s not a buck either. It’s a natural phenomenon called a pseudohermaphrodite.

“A deer like this with hardened antlers will have testes inside the body cavity,” Cook said in the report. “They don’t have fully developed male or female organs. They may have external female organs, but they would have to have underdeveloped testes that were still large enough to produce enough testosterone to have that antler growth.”

According to Cook, true does with functioning reproductive organs and antlers make up roughly 0.1% of the deer population.

Kelley told the Alabama Department of Conservation that the special deer weighed 175 pounds and had eight points, including two kickers on the base of one of the antlers. It was taken in Sumter County across the Tombigbee River Marengo County, near the Mississippi border and about 130 miles west of Montgomery.

Feral hogs can be culled in California — by making it easier to kill them, lawmaker says