Hyundai is at CES with both transportation-related robots and a pitch for the future of the metaverse. As intriguing as the metaverse sounds, we’ll stick with the objects that move in the real world, because this is Autoblog after all.

The first pod that moves people — there are two — Hyundai refers to as a mother shuttle. Those are the extra-large pods you see on the street in the photo at the top of this post. Their use case is fairly obvious from the photo. It’s essentially a large pod designed to hold other smaller pods and transport them to their shared destinations.

If you take the CES glasses off for a second, the mother shuttle starts to look more like an inefficient bus versus a great way to move around a city. You’re able to fit what appears to be eight pods in a single mobility module, which is just as good as a minivan. Granted, the occupants are more comfortable in their individual pods and don’t have to interact with others in the same transportation module, but it’s still far less useful than a bus is at moving large amounts of people. 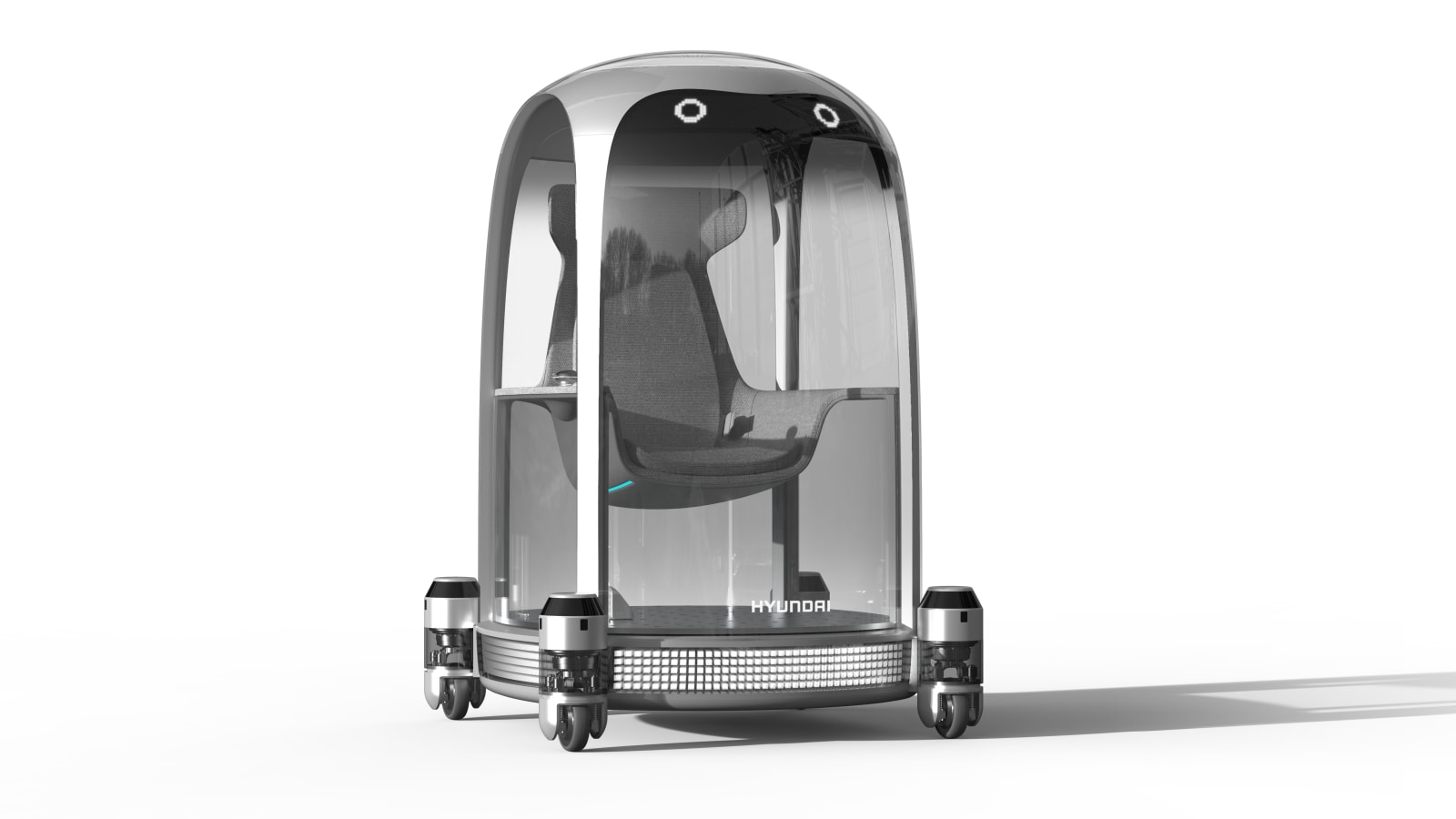 The pods themselves are called Personal Mobility PnD pods, and they’re built off Hyundai’s “Plug & Drive” modular platform revealed at CES. This is the only one meant to move humans, but Hyundai suggests several other use cases with different top to the platform meant to move things other than humans. Hyundai says that the Personal Mobility pod is meant to provide “a comfortable experience to the destination while also protecting personal privacy.” The pods move around a city autonomously, and Hyundai says they have a drive time of one hour, and it takes two hours to charge back up.

Their best use case sounds like it would be for folks who have limited mobility. It would be a far better way of getting around than a wheelchair. Hyundai says they have autonomous capabilities with Lidar and camera sensors, but you can also control it manually with a joystick. The world Hyundai envisions with these pods teeming about a city street does not look like a perfectly joyous future, though. They take up way too much space on a sidewalk for everybody to ride around in their own personal pod, and it also looks like another excuse to avoid walking.