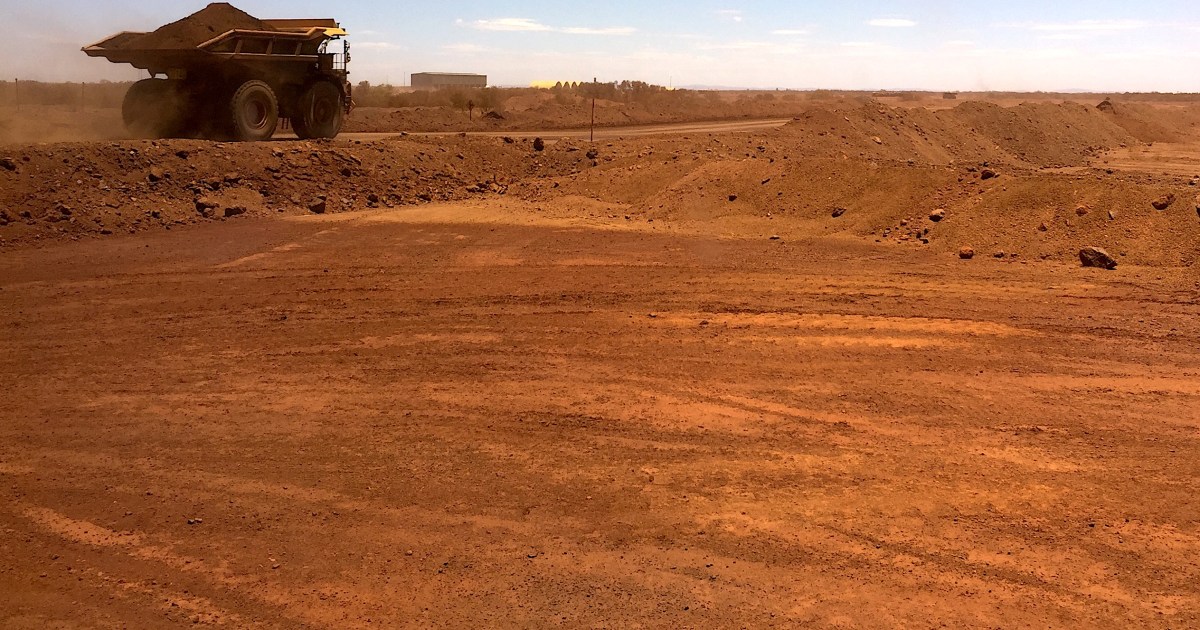 Western Australia, which is sealed off from the rest of Australia, produces 30 percent of the world’s iron ore.

The failure of Australia’s mining state to ease its pandemic isolation from the rest of the country could worsen labour supply issues and negatively impact mining production, top iron ore producers have warned.

Western Australia, the country’s largest state, is home to mines that provide about 30 percent of the world’s iron ore and 70 percent of China’s imports. Last month it cancelled plans to reopen its borders on February 5, citing health risks from the Omicron coronavirus variant. It has not set a new date to reopen.

The state has been closed off to the rest of the country for about two years, taking advantage of its natural isolation to keep cases low. While criticised for separating families and disrupting businesses, the strategy has helped keep COVID-19 cases to just 1,900, with nine deaths. Australia as a whole has reported about 2.8 million cases and 4,300 deaths.

The recent rapid spread of Omicron prompted the state government to delay its reopening plans “indefinitely”.

“It is a really tight labour market and we expect the first half [of 2022] to be particularly challenging,” Simon Trott, chief executive of Rio Tinto’s iron ore division, said in an email last week.

“We have a number of mechanisms in place to address this, including relocating roles to Western Australia and it’s an area we’ll continue to focus on,” he said.

Rival BHP Group said last month before the reopening was delayed that labour shortages had hit its quarterly production and it expected an impact from Omicron into the second half.

The government has said “approved” travellers, including people with specialist skills, can enter the state provided they stay in quarantine for seven days. The state government has also mandated that mineworkers be triple vaccinated within one month of becoming eligible.

Miners are also stepping up their testing capabilities. Rio said it has a large-scale COVID-19 testing operation at Perth Airport, which is now being extended to its offices in Perth, Western Australia’s capital. Staff will be tested at the start of each week.

BHP said travellers to their sites are required to return a negative Rapid Antigen Test. Only essential workers are permitted to travel to the sites.

The mining companies said they have been running scenario testing to prepare for situations such as a major outbreak taking out dozens of workers at a time.