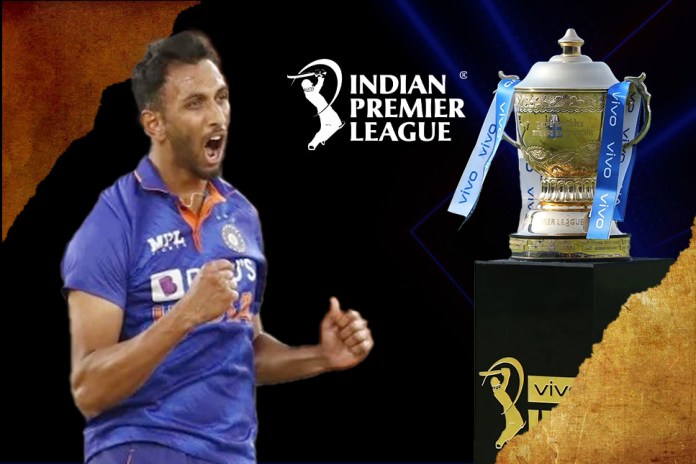 IND beat WI: Prasidh Krishna stars before IPL auction – Indian pacer Prasidh Krishna has done his chances at the IPL 2022 auction no harm with a fine spell of fast bowling in the IND vs WI 2nd ODI at Ahmedabad. Krishna, who had a decent outing in the first game, was the pick of the bowlers as he kept probing the West Indian batting order with his pace and length in a show of precision and skill. The 25-year-old will hope that his performances will catch the eye of the franchises with the IPL auction set to be held in Bengaluru over the weekend. Follow IND vs WI LIVE Updates on Insidesport.in

Prasidh Krishna bowled a stunning spell on Wednesday evening as he kept India in the hunt for a win over the West Indies at Ahmedabad. Krishna was brought on first change and delivered instantly, getting Brandon King caught behind by Rishabh Pant. The 25-year-old continued to probe and was very economical conceding runs at a miserly rate further adding pressure onto the West Indies.

Krishna followed it up with the wickets of Darren Bravo and Nicholas Pooran to break the back of the visitors’ chase and put India on top. The Karnataka pacer then came later in the game to dismiss Kemar Roach and end the West Indian chase, helping the Men in Blue to clinch a 44-run win.

The performance will have caught the eye of IPL franchises, with Prasidh part of the pool in the upcoming IPL 2022 auction. Krishna was one of the more consistent performers for Kolkata Knight Riders (KKR) over the past couple of seasons, but was released ahead of the mega auction this year.

For his outstanding match-winning bowling display in the 2nd #INDvWI ODI, @prasidh43 bags the Man of the Match award. 👏 👏 #TeamIndia @Paytm

Krishna’s spell was one of the most economical spells and his ability to bowl both with the new ball and the old ball at pace will catch the eye of the selectors with Indian pacers being in huge demand during the event. Krishna’s 4/12 is the third most economical spell by an Indian pacer taking 4+ wickets in an ODI game and will surely earn him some big bucks at the auction.

Prasidh Krishna won the player of the match for his efforts and said that he was working very hard to put in a performance like that for India. He said, “I have been striving hard to do this for a long time. So, I am very happy that we won. I was still looking to hit the good areas. When I came in to bat, I knew it was still seaming. I would have laughed it off (If someone would have told him he would finish with the figures he ended with today). I had seen the wicket in the last game. Experimenting wasn’t possible as there was not much to defend. So, I stuck to good lines. I want to be as consistent as possible. The white ball cricket is a power game.”