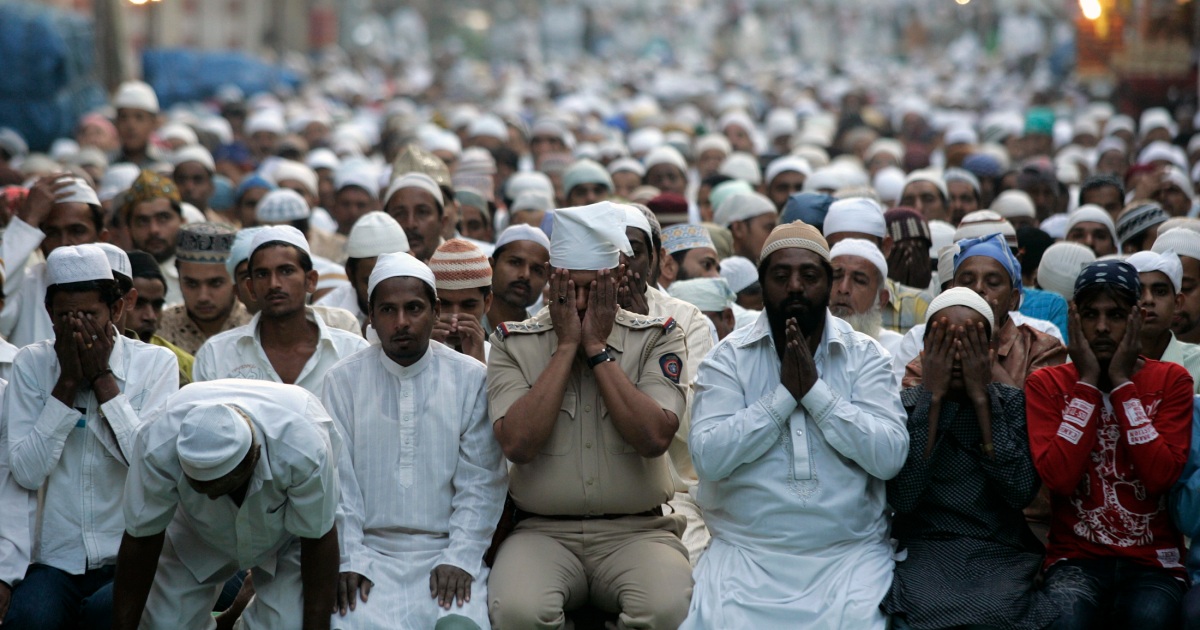 The top court’s intervention comes after calls by Hindu religious leaders to take up arms against Muslims during a meeting in Uttarakhand state last month.

India’s Supreme Court has issued notice to a northern Himalayan state following a petition that sought to prosecute several Hindu religious leaders for allegedly calling for a “genocide” of Muslims at a closed-door meeting last month.

Three Supreme Court judges on Wednesday said they were notifying the Uttarakhand state government that they will investigate the case next week.

According to a police complaint, the religious leaders called on Hindus to arm themselves to kill Muslims during a meeting in the northern holy town of Haridwar, in Uttarakhand, in December.

The police said they were questioning suspects over the hate speech, but no arrests have been made.

Videos of the event had sparked outrage, prompting demands for action. In one clip that went viral, a speaker at the gathering told the crowd that people should not worry about going to jail for killing Muslims.

“Even if just a hundred of us become soldiers and kill two million of them, we will be victorious … If you stand with this attitude only then will you able to protect ‘sanatana dharma’ [an absolute form of Hinduism],” the woman said.

Uttarakhand state is ruled by Prime Minister Narendra Modi’s nationalist Bharatiya Janata Party (BJP), whose rise to power in 2014 has led to a spike in attacks against Muslims and other minorities.

The petition filed by retired Judge Anjana Prakash stated that the speeches made at the Hindu religious leaders’ congregation “pose a grave threat not just to the unity and integrity of our country but also endanger the lives of millions of Muslim citizens,” according to Bar & Bench, an online portal for Indian legal news.

India’s Muslims have been subject to discrimination and religious persecution under the BJP government, which critics say is aiming to marginalise Muslims and remake secular, democratic India into a Hindu nation.

The president of Jamiat Ulama-i-Hind, India’s largest socio-religious Muslim organisation, accused the government of turning a blind eye to the hate speech against the Muslim community.

Gandhi was shot dead by a Hindu extremist during a prayer meeting in the Indian capital in 1948 because he called for Hindu-Muslim unity during the partition of the Indian subcontinent by British colonial rulers in 1947 into India and Pakistan.

In the northern state of Haryana, which is also governed by the BJP, Hindu vigilantes last month tried to stop Muslims from offering Friday prayers by shouting religious slogans and heckling worshippers in the presence of heavy police security.

In November, Hindu hardliners set fire to the home of a Muslim former foreign minister, Salman Khurshid, who had compared the kind of Hindu nationalism that has flourished under Modi with “extremist groups” such as ISIL (ISIS).

Additionally, anti-conversion laws have been put in place in the states of Uttar Pradesh, Uttarakhand, Karnataka and Madhya Pradesh, while other states have also announced their intention to introduce similar legislation.

The laws were a response to a conspiracy theory accusing Muslim men of luring Hindu women into marriage with an aim of forcefully converting them to Islam. Anti-conversion laws have also been justified over allegations Christian missionaries engage in the conversion of poor Hindus. Many churches have come under attack in recent months.

Modi’s BJP and its ideological parent far-right Rashtriya Swayamsevak Sangh (RSS) have warned Hindus about religious conversions to Islam and Christianity, and called for action to prevent a “demographic imbalance” in the world’s second most populous nation.