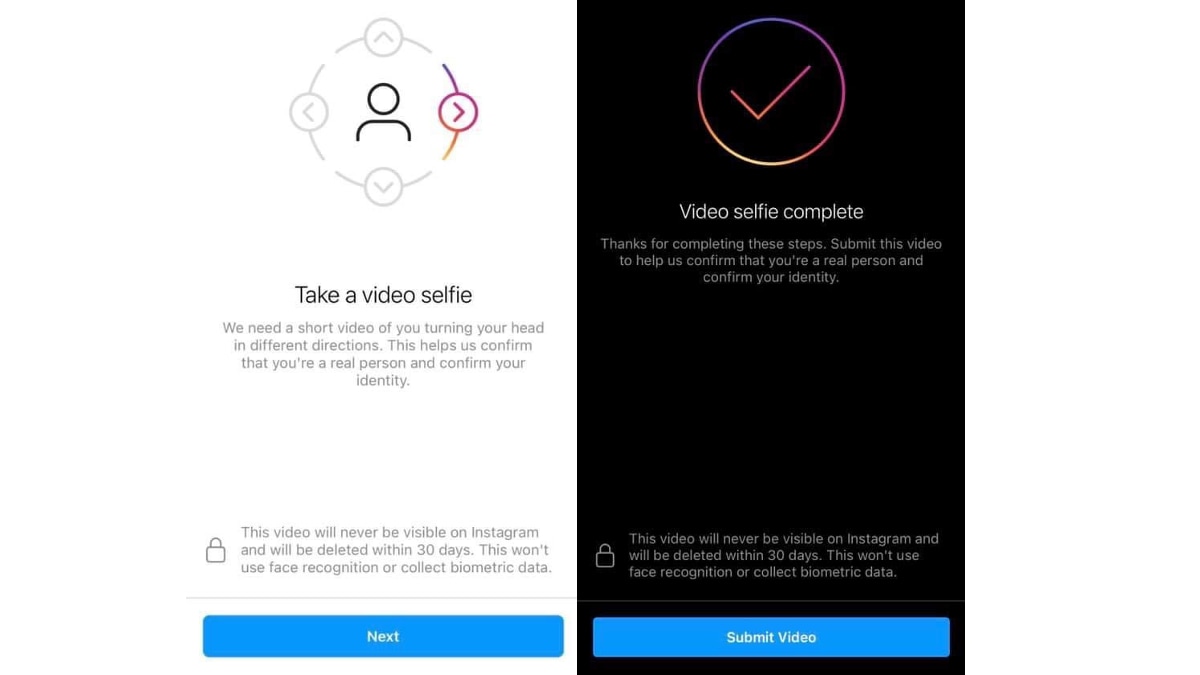 Instagram has apparently started using a new method for identity verification of its users. The social media platform is asking users to take a short video selfie ‘to help confirm that you’re a real person’. This feature has likely been introduced to reduce the number of fake or spam accounts on the platform. Instagram owner Meta (formerly Facebook) promises that it will not collect any biometric data and this feature will only be used for identity verification and nothing else. Identity verification ideally happens when a new user registers on the platform, so existing users are not being asked to go through the video selfie process yet.

Social Media Consultant Matt Navarra first spotted the video selfie verification method on Instagram. As part of the process, Instagram is reportedly asking users to record a short video of themselves while turning their heads in different directions in order to confirm that they are, in fact, real people. The exact description as per the screenshots says, “We need a short video of turning your head in different directions. This helps us confirm that you’re a real person and confirm your identity”.

Once the video is recorded, users will need to submit the video to Meta for confirmation of identity. Meta, as described in the screenshots, clarifies that this video will never be visible on Instagram and will be deleted from the servers within 30 days. The company also promises that the selfie videos won’t be used for facial recognition nor will the company collect biometric data.

As mentioned, the video selfie verification feature seems to apply only to users creating new accounts and existing users don’t need to verify their identity just yet.

Instagram is also working on bringing the ability to leave a ‘Like’ on Stories. Currently, users can only react to Stories, which shows up in their direct messages. There is no clarity on when the Like feature will be publicly available on Instagram but the developers are said to be working on it.