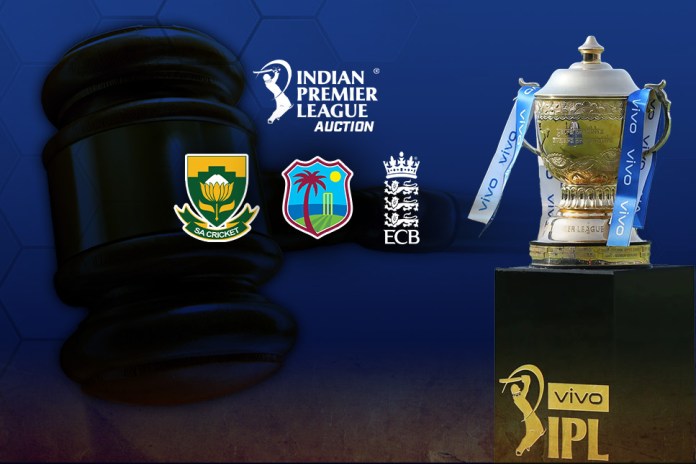 IPL 2022 Auction LIVE: BCCI’s last-minute bouncer for franchises- What comes as an unprecedented scenario for the IPL franchises, players from England, West Indies and South Africa are likely to miss a few games in IPL 2022. The IPL 2022 is likely to kick start on March 27 and as a result, the players from these countries will miss early fixtures due to mandatory quarantine after national duty. Follow IPL 2022 live updates on InsideSport.IN

Bangladesh Players in IPL: Star allrounder Shakib Al Hasan will miss the IPL 2022 from May 8 to 23 for the Test series. On the contrary, pace spearhead Mustafizur will be available for the entire IPL 2022. Bangladesh players like Liton Das, Taskin Ahmed, Shoriful Islam will be available subject to their selection in international matches against SA and SL.

Australia Players in IPL 2022: Cricket Australia is yet to give its nod to the Aussies taking part in the IPL 2022. The Australian players are expected to join the franchise after the Australia Tour of Pakistan.

While Test only players can join after March 25, the white-ball series will last till April 5. The local talents whose teams failed to make it to the Sheffield Shield Final can participate. It will run from March 31 to April 4.

SriLanka Players in IPL Auction: Sri Lanka players with the likes of Wanindu Hasaranga are set to miss IPL 2022 for a couple of weeks, i.e., from May 11 to 23. They will play two-match Test series against Bangladesh during the aforementioned dates.

Overall 220 overseas players are available for IPL 2022 mega auction. The country-wise breakdown of foreign players is listed below:

For more sports news and IPL 2022 updates, follow us at InsideSport.IN

IND vs AUS Live Streaming: When & How to watch India vs Australia 3rd T20I LIVE in India: Check out

T20 World Cup: Ex-opener Wasim Jaffer lauds Axar Patel’s consistency, says ‘Ravindra Jadeja will not be missed in T20 WC as a bowler due to Patel’

Laver Cup Day 2: The first day of the Laver Cup was all about Roger…

IND vs AUS Live Streaming: When & How to watch India vs Australia 3rd T20I LIVE in India: Check out

IND vs AUS Live Streaming: India are set to lock horns with Australia in the third…

T20 World Cup: Ex-opener Wasim Jaffer lauds Axar Patel’s consistency, says ‘Ravindra Jadeja will not be missed in T20 WC as a bowler due to Patel’

T20 World Cup: India vs Australia: Axar Patel has come off with an impressive show…