Home Education Is That an Alien Lying Down on Mars or Just an Illusion? Report Debunks Rumours 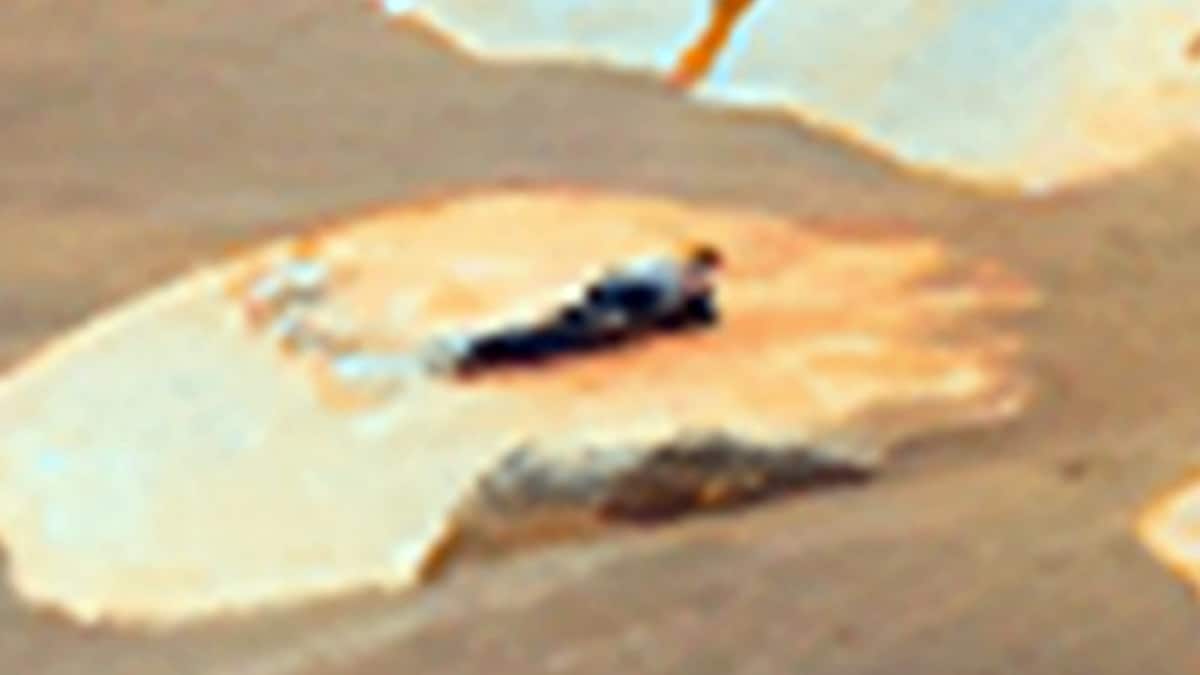 NASA’s Mars rover Perseverance has spotted an alien on the Red Planet, as per rounds of speculation on the social media. The rumours started when a blog writer suggested he spotted a man hanging out on Mars, casually lying down on the Martian surface amid giant rocks, in an image sent originally by the NASA rover last year. Many people then reacted to the blog, suggesting that this proves signs of life on Mars. But the “alien” almost certainly is a rock, as claimed by a report.

Scott C Waring, writing in the UFO Sightings Daily blog , said he loves to “comb through” NASA photos. “Well, I came across something unique…something that is 100 percent proof of intelligent life. There is a person laying down watching the NASA Mars rover from a safe distance away,” Waring wrote in the blog.

Waring then went on to describe how the person appeared in the image. He said the “alien” was 1 foot tall and was lying down, with a “pinkish upper chest, neck and face, radish hair, wearing a dark suit, but has a grey object over one shoulder…looks like a backpack of some sort.”

The image that triggered this wild speculation can be viewed online at GigaPan.

While the author made every effort to bring alive a non-existent alien, a report by the Independent said it’s no scientific breakthrough. It’s just a trick of the eye that has been used a number of times previously to get everyone excited about life on Mars. This phenomenon is known as “pareidolia” — the tendency to see things like an object, pattern, or meaning where there is none. This is similar to seeing imaginary objects and creatures in clouds or stars.

People often get carried away when they see peculiar objects in images that show the extra-terrestrial worlds. Most recently, the Chinese Yutu-2  rover appeared to spot a “mystery house” on the Moon. After much scientific deliberations, it was revealed that the object was just a weirdly shaped rock.

Why is Elon Musk suddenly thinking about creating an “everything app,” and what does that…

Keeping up with climate AI and robots are helping researchers build better batteries. Researchers used a…