Home Technology It's Not Just America: Zuckerberg Has to Answer for Facebook's Actions Around the World 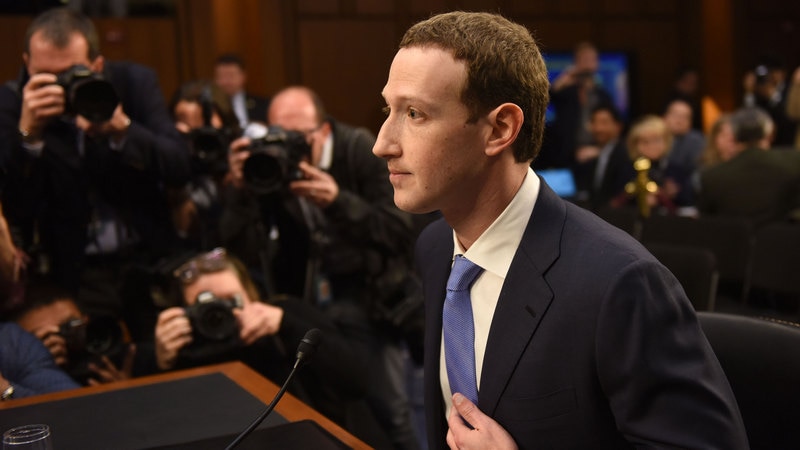 Facebook founder Mark Zuckerberg is in the hot seat in Washington. The social media platform now admits that the data of up to 87 million profiles may have been improperly used by the data firm Cambridge Analytica. US lawmakers are demanding answers – and rightfully so.

But while Facebook is facing the most heat in the United States, it is is multinational corporation, and some would argue, a sort of nation-state unto itself.

In many countries around the world, Facebook is the Internet. And with little ability to influence how the social media site operates, such nations are vulnerable to any policy action – or inaction – the company decides to take.

So while Zuckerberg struggles to answer for how his company is affecting Americans, let’s not forget that he has a lot more to answer for.

Election interference
Facebook’s Cambridge Analytica scandal is truly global in scope, with countries in almost every continent affected by the data breach.

In the United Kingdom, law enforcement officials raided the offices of Cambridge Analytica and have opened an investigation into Facebook after news of the leak broke. Former Cambridge Analytica data scientist and whistle-blower Christopher Wylie testified before UK lawmakers last month (Zuckerberg declined a request to appear before Parliament). Wylie alleged the social data Cambridge Analytica improperly collected was used by the Vote Leave campaign during the 2016 Brexit referendum.

Lawyers from Britain and the United States have now filed a class action lawsuit against Facebook and Cambridge Analytica, arguing that the data breach “effectively abused the human right to privacy” and “undermined the democratic process.”

But the damage is also palpable in developing democracies, where ethnic tensions remain some of the most potent political issues. In India, where Cambridge Analytica may have improperly accessed the data of over half a million Facebook users, politicians from both of the major parties have accused the other side of using the data for campaign purposes.

In Kenya, people were outraged after former Cambridge Analytica chief executive Alexander Nix admitted in an undercover video that the firm handled “just about every element” of Uhuru Kenyatta’s presidential campaign in 2013 and again in 2017. Social media has become a potent political force in the East African nation, with campaign ads using ethnically divisive rhetoric.

Meanwhile, Nigeria’s government is investigating Facebook and Cambridge Analytica after it emerged that the data firm worked on behalf of former president Goodluck Jonathan in 2007 and 2015 to spread graphic videos painting then-candidate Muhammadu Buhari as an Islamic fundamentalist. Garba Shehu, Nigeria’s presidential spokesperson, said the government is looking into allegations that the firm was behind organizing rallies to dissuade Nigerians from turning out to vote for now-president Buhari.

A tool for autocrats
It’s not just that Facebook has undermined democracy. It’s also allegedly served as a tool for authoritarians.

In the Philippines, President Rodrigo Duterte has turned Facebook into a weapon. The president, who has come under international condemnation for human rights abuses, ran a political campaign that spread false information. Pro-Duterte pages used Facebook to smear political opponents and in some cases, send death threats.

And in Myanmar, Facebook is the dominant way most people in the country access the Internet, boasting some 30 million users. As such, human rights groups say it’s been a powerful weapon to spread hate speech in the country’s ongoing ethnic cleansing of Rohingya Muslims.

Last year, some 6,700 Rohingya were killed in Rakine state and some 670,000 have been forced to flee their homes. The United Nations has said that Facebook played a “determining role” in violence against the ethnic group. An ultranationalist Buddhist monk named Ashin Wirathu used Facebook to post anti-Rohingya messages and spread false information. Members of Myanmar’s government have also posted false images claiming to show Rohingya burning their own villages.

In an interview last week, Zuckerberg defended his company’s response to the conflict in Myanmar, noting that it has blocked messages that incite harm.

But these examples nevertheless highlight a difficult question for the company: What does it do when authoritarian governments, particularly in lesser developed countries, are the bad actors?

Undermining foreign journalists
Last year, Facebook introduced its “explore feed” in six small countries: Cambodia, Serbia, Slovakia, Bolivia, Sri Lanka and Guatemala. The feature tweaked the site’s algorithms to make posts from friends and family more prominent on the default news feed and required users to click to another page in order to see posts from news sites or other official pages.

The result? In several of the countries, news organizations that relied heavily on Facebook to reach audiences saw dramatic declines in their traffic. In Bolivia, one major newspaper, Los Tiempos, saw its traffic decline between 30 percent and 60 percent. In Serbia, the editor of an investigative news site said the change signalled that Facebook was on the verge of “ruining us.” And some NGOs in Cambodia saw traffic drop as much as 60 percent due to the news feed change.

Meanwhile, in Slovakia, analysts said that the changes led to a rise in fake news and misinformation. In Cambodia, crackdowns on the media already have reduced the availability of independent information. Facebook’s explore feed served to compound the problem.

Last month, Facebook said it would end the explore feed feature, but the episode demonstrated just how much power the company’s algorithms has over the free flow of information. In a world now dominated by digital media, that should be disconcerting.

Fighting back
Some countries have already taken steps to minimize Facebook’s effect on their societies. Sri Lanka, for example, outright banned the social media site, as well as its subsidiaries, WhatsApp and Instagram.

Others are trying to regulate it. Consider Germany, where the Cambridge Analytica breach potentially affected more than 300,000 people. Facebook was already politically unpopular among Germans, many of whom believe that the company helped deliver the far-right Alternative for Germany party’s best performance in an election last year. Their ire toward the social media giant helped fuel passage of Germany’s “network enforcement law,” which allows the government to fine online companies such as Facebook for leaving “manifestly unlawful” posts online for more than 24 hours. That includes incitement to hatred, incitement to crime and the spread of symbols that the government has deemed unconstitutional.

But it’s not clear this is an effective approach. Even beyond the complaints that Germany has stifled free speech, sites like Facebook have not been able to expunge unlawful content as prescribed by the government. One government study found that while Facebook has been able to get rid of hate speech, only 39 percent of it was removed within 24 hours. Other sites like Twitter only met the 24-hour deadline in one percent of cases.

At the same time, the power to regulate hate speech can take a dark turn if put in the wrong hands. Israel, for example, is working to identify and remove inciting content on Facebook, but those efforts so far seem to have targeted incitements from Palestinians while letting Israeli incitements flourish.

Time will tell if countries outside of the United States will ever be able to compel Zuckerberg to appear before their citizens and lawmakers to answer for Facebook’s actions. He may never appear in say, Germany, India or Nigeria on his whirlwind apology tour. Nevertheless, he should not be absolved from the global consequences of the digital empire that he has built.