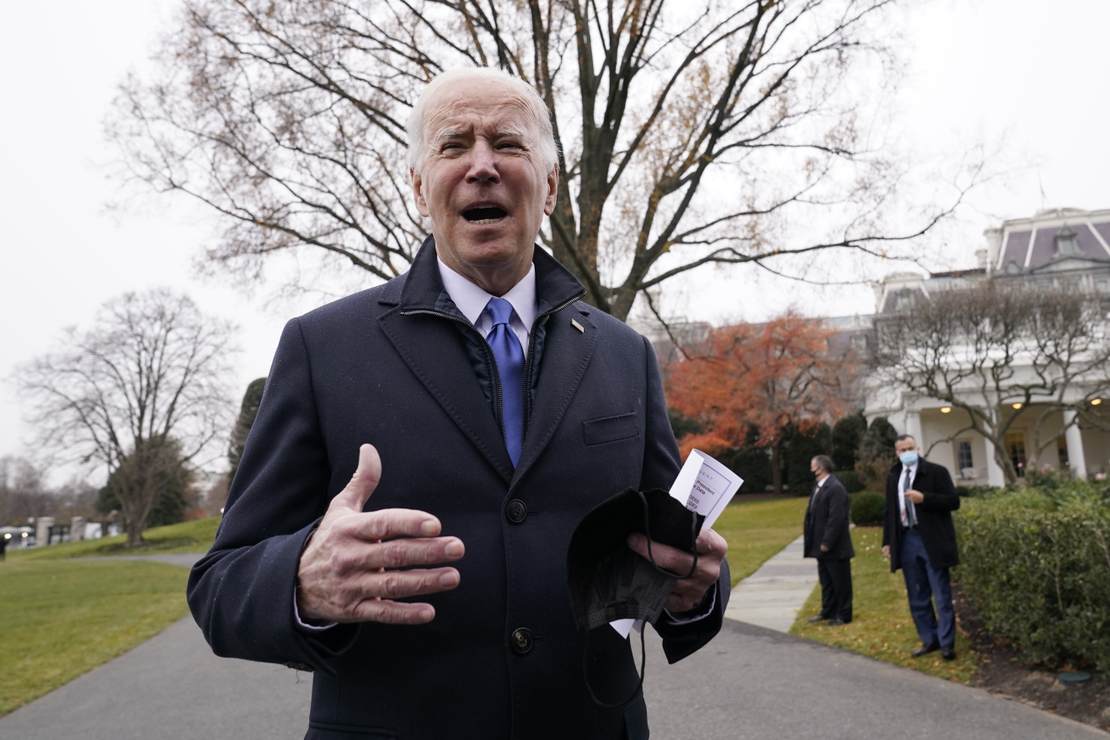 Joe Biden’s stunning admission that the COVID-19 pandemic can’t be solved at the federal level has dominated the news since he uttered it yesterday, and following those comments, the embarrassment for the president has only compiled.

But as I speculated in my original write-up, there was no way Biden was actually going to cease the federal tyranny. He’s too invested, and even though he wants to publicly shift blame to the states as case counts explode, he also remains the same senile, far-left figure he was before.

Today, the president attempted to clean up his statement, and that went about as well as you’d expect. Then, tonight, he telegraphed his next tyrannical move at the federal level.

President Biden said Tuesday he would impose a mandate that Americans be vaccinated against COVID-19 to travel domestically if his medical team recommends it.

When asked when he would make a decision on domestic travel vaccine requirements while out for a walk in Rehoboth Beach, Del., Biden told reporters, “when I get a recommendation from the medical team.”

This is the same guy who just got done saying that federal measures weren’t the way to handle the pandemic. But in the face of heavy criticism from his left flank over the last two days, Biden appears to already be backtracking. Further, via The Post Millennial, this move was pointed to by Dr. Anthony Fauci over the weekend

“So, I mean, anything that could get people more vaccinated would be welcome.”

That’s really saying the quiet part out loud, isn’t it? Fauci didn’t even attempt to couch his support for a vaccine requirement for domestic travel in any scientific evidence. Rather, he’s just coming right out and admitting that it’s about mindless coercion, serving not to reduce the spread of the virus, but simply to control people. And when Biden says his “medical team” is going to make this decision, he’s talking about Fauci, who leads that team.

There is simply no justification for this at all. Omicron is already in all 50 states and is spreading rapidly, with the country seeing its highest caseload of the pandemic yesterday. Limiting domestic travel to only the vaccinated is not only illegal and nakedly dictatorial, but it will do nothing to quell the spread of the virus. Besides, as has been shown over and over, airliners are actually extremely low-risk environments because of their constant filtration of the air.

Yet, instead of being a leader, Biden is once again on vacation in Delaware, delegating the job he was ostensibly elected to do to a bunch of unelected bureaucrats. Honestly, what’s the point of having a president if this is the way things are going to work? We should just skip the billions of dollars in election spending and all the political fighting and just submit to our new overlords, led by the sainted Dr. Fauci, peace be upon him.

If Biden possessed any leadership qualities at all, he’d be shooting down this ridiculous idea no matter what his “medical team” was saying. Instead, he’s content to be the president while not actually being the president. That’s yet another result of putting a senile old man into the office of the presidency that has never actually led anything in his life. Senators are largely do-nothings, and Biden was the chief do-nothing, sucking at the taxpayer teat for decades.

Do you know what would be nice? If some of the people who voted for this guy would learn the lesson being shoved in all our faces right now. Unfortunately, partisanship is a heck of a drug.