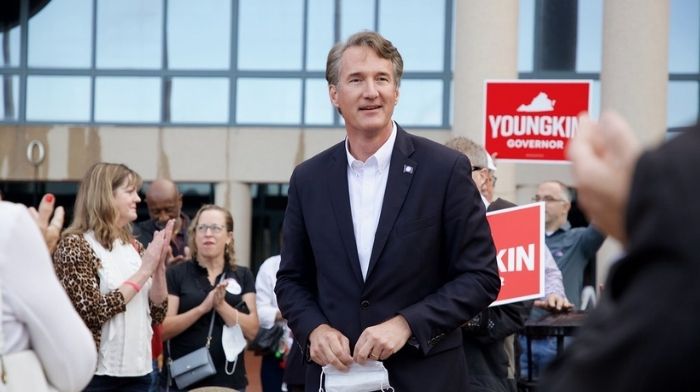 The fight over masking Virginia’s school children will go on for at least a while longer. On Friday a judge in Virginia sided with pro-mask mandate school boards, and halted temporarily an executive order issued by new Republican Gov. Glenn Youngkin that makes masks optional in schools.

So far, seven school boards in Virginia have sued Youngkin over an order they say is a violation of the state constitution.

What The Law Says

Virginia Circuit Judge Louise M. DiMatteo backed the school boards in the ruling. She referred to a state law requiring schools to abide by the CDC COVID-19 guidelines.

Judge DiMatteo’s ruling was as follows:

“While the General Assembly has granted the Governor significant and sweeping general powers to address an emergency, when confronted with a specific statute addressing the manner in which in-person learning can resume and directs local school boards to follow the guidance of the CDC, ‘the maximum extent practicable,’ it does not follow that the Governor, even in an emergency, can direct School Boards to ignore the General Assembly’s deference to CDC guidance and to abandon their considered determination about what is practicable.”

In other words, the state legislature will need to repeal the law.

Parents Suing For Opt Out Option

Prior to Judge Dimatteo’s ruling on Friday, Youngkin asked the circuit court if he could join another lawsuit brought by a group of Loudoun County parents who oppose the school board’s mask mandate.

A spokeswoman for the Virginia Attorney General’s office says there is no difference between the executive powers that Youngkin is using and that of his predecessor, Gov. Ralph Northam.

“Two years into this pandemic, we have better risk mitigation strategies and vaccines, and we know much more about the efficacy of requiring children to wear masks all day. Parents know what is best for their children, and we want to empower families to have an opt-out option for face masks. We now respectfully wait for the court’s decision and guidance and will not be commenting further.”

A spokesperson for Gov. Youngkin says they will appeal the Judge’s ruling.

Virginia’s new Attorney General Jason Miyares is joining the lawsuit of Loudoun County parents against the school board for refusing to permit an opt-out of school mask mandates, as outlined in GOP Gov. Glenn Youngkin’s executive order.