With the rise of Radwood, cars with exaggerated characteristics associated with the 1980s and 1990s are cool again. That means some combination of pastel and/or neon colors, squiggly squeezed-from-toothpaste-tube graphics, nonfunctional decklid spoilers, giant TURBO badging, and kicky youth-centric nomenclature are required if you want your wheels to be considered in compliance with the sacred tenets of Radism. I do my best to find rad machinery while crawling around in car graveyards, and since I came of driving age in 1982 I know a bit about the subject. Today’s rare Junkyard Gem shows us the Mercury Division’s belated attempt to sell fun cars to rad-leaning youngsters: a Tracer Trio, found in a Denver yard a few weeks back. 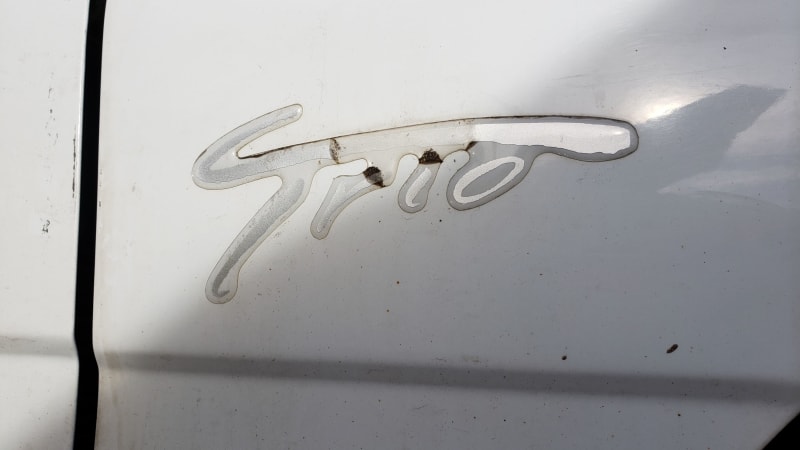 The Trio package added 310 bucks to the cost of the $11,280 base Tracer sedan (that’s about $575 on a $20,925 car in 2022 dollars), and it got the hip-and-trendy young buyer a leather-wrapped steering wheel, seven-spoke wheels, a decklid spoiler and these rad fender badges. I’m going to say that the much louder graphics and candy-cane-colored displacement badges on the Pontiac Sunbird W25 out-radded the Tracer Trio by a mile, but then Pontiac generally out-radded everyone in those days. Even Plymouth got into the act with such radness as the Breeze Expresso and Sundance Duster (we’ll overlook the anti-rad Horizon Miser here). Perhaps tellingly, Mercury, Pontiac and Plymouth all got the “Old Yeller” treatment not long after the Rad Era ended. 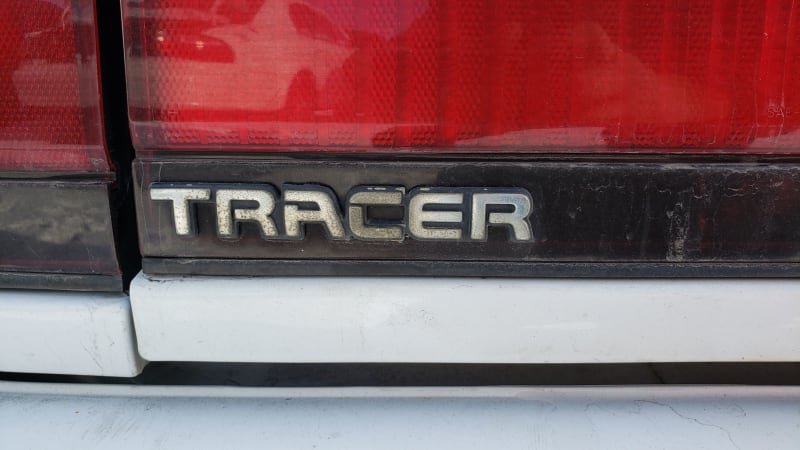 The Tracer name always went on Mercuries built on Mazda platforms, starting with the Australia-built, Ford Laser-based 1987-1989 cars and then continuing with Mexico-assembled, Ford Escort-based 1991-1996 cars. That generation of Escort/Tracer was mechanical twins with the Mazda Protegé, itself the bridge between the 323 and the Mazda3. 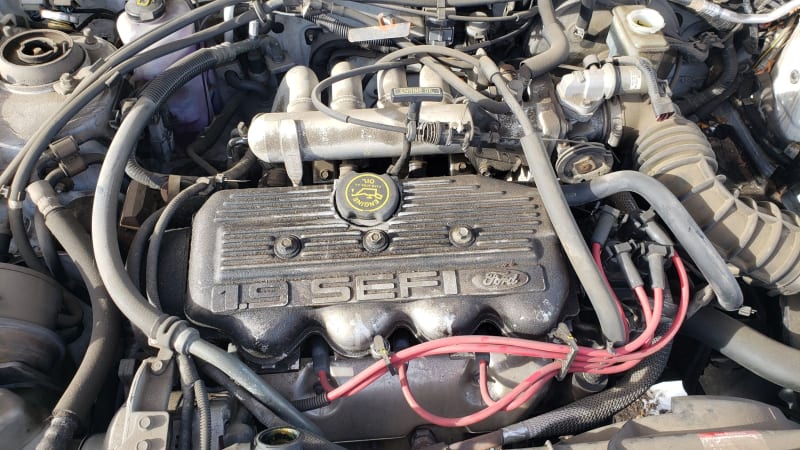 Some Tracers got the a 1.8-liter Mazda engine that was related to the Miata’s engine, but this one has the pure-Detroit CVH 1.9. You’re looking at 88 horsepower right here; the Mazda 1.8 offered 127 horses. 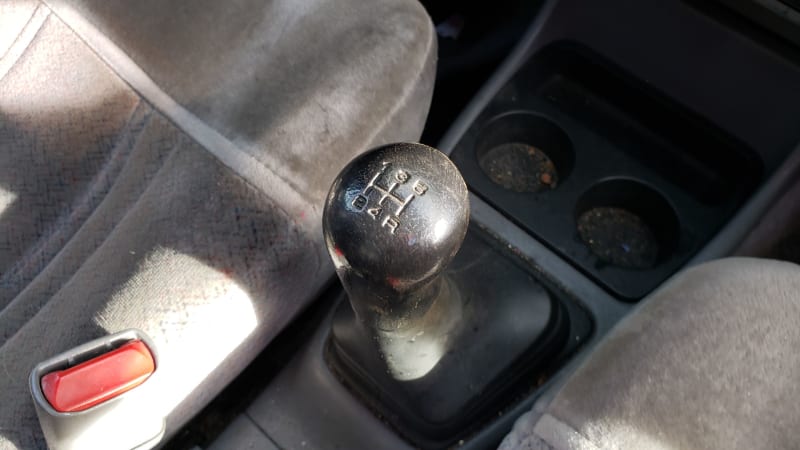 At least the original buyer of this car got the base five-speed manual transmission instead of forking over $815 extra (about $1,510 today) for the four-speed slushbox. As a 29-year-old slacker living in San Francisco’s Mission District and driving a hooptie ’65 Chevy Impala sedan at the time, I would have taken the manual transmission without the Trio package, had I been forced to buy a new Tracer. I think I’d have taken the ’95 Honda Civic over just about any new cheap new car back then, though. 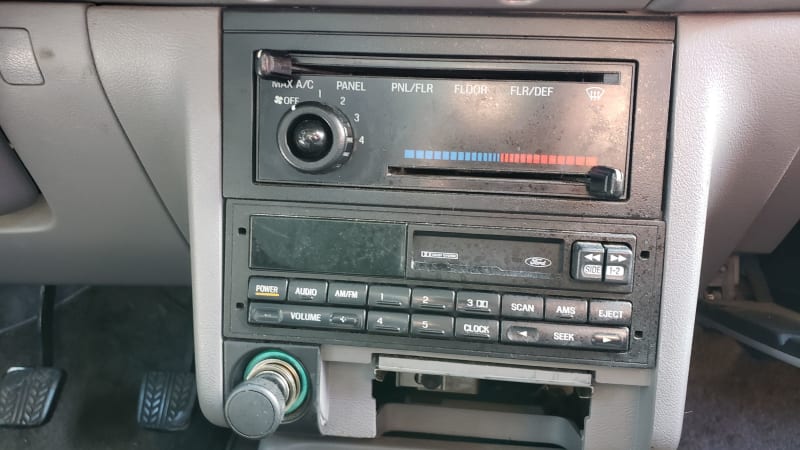 This cassette deck set the original buyer back 165 genuine American frogskins, or around $306 today. Now that even the cheapest possible misery boxes have very nice audio systems as factory equipment, we forget how expensive it once was to get even rudimentary tunes in a new car. In 1995, though, if you wanted to listen to the excellent hits of the era, you had to pay.

Kate Jackson wanted you to know that the base Tracer had a bigger engine than the base models of the Sentra, Corolla and Civic; with 1.9 liters, the Tracer’s mill crushed the 1.6s in the Nissan and Corolla as well as the 1.5 in the Civic… in the displacement department.  As for horsepower, well, that’s another story; the Sentra had 110 horses, the Corolla had 105, and the Civic just 70 (but that was the compete-with-the-wretched-Tercel CX model; the DX that everyone actually bought had 102 hp).

If you took all the new-car-buying advice from your family and friends in 1995, you’d definitely get… a Tracer? True, it was slightly cheaper than its Protegé platform-mate, but the near-identical Escort LX sedan cost just $11,040.