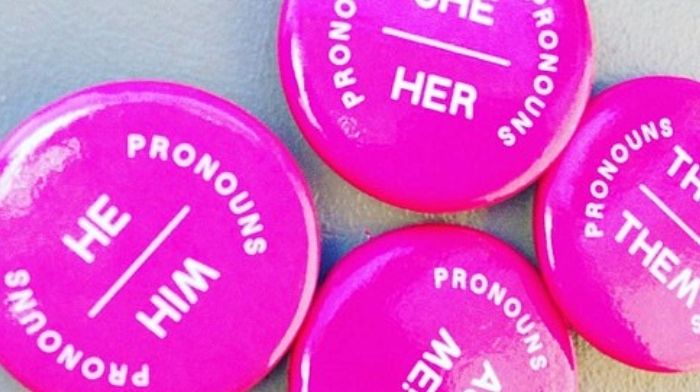 By Michael Ryan for RealClearEducation

A Kansas school district is accused of suspending and reprimanding a teacher for “discrimination and harassment” after she refused to use a student’s preferred first name and gender pronouns.

The teacher also was denied a religious exemption to the district’s required practice.

The allegation comes in a federal lawsuit filed Monday against USD 475 Geary County School District and the principal of Fort Riley Middle School in Fort Riley. It is filed on behalf of Pamela Ricard, a “decades-long” teacher assigned to the school since 2005.

Ricard was reprimanded and suspended three days in April 2021 “for addressing a biologically female student by the student’s legal and enrolled last name,” according to the lawsuit, in an apparent attempt to avoid using the student’s preferred first name. That name is not disclosed in the court filing, but a classmate has said the student preferred “he/him” pronouns.

The lawsuit says Ricard is a devout Christian who believes gender is assigned by God at conception, and that “any policy that requires Ms. Ricard to refer to a student by a gendered, non-binary, or plural pronoun … or other gendered language that is different from the student’s biological sex actively violates Ms. Ricard’s religious beliefs.”

Ricard requested a religious accommodation three times during an appeal of her discipline. In a closed meeting last August with the Board of Education, Ricard explained that her addressing the student as “Miss (last name)” was intended to be respectful while also protecting Ricard’s religious beliefs.

When the board later denied her appeal without a public vote, the Kansas Attorney General’s office warned the district that it had violated the Kansas Open Meetings Act. The board then denied Ricard’s appeal in a public vote at its September meeting.

The district never did offer a possible accommodation of Ricard’s religious beliefs, the suit says. Instead, the board voted at the September meeting to approve a policy mandating the use of student-preferred names and pronouns. At the time of Ricard’s discipline last spring, the district didn’t have such a formal policy.

According to the lawsuit, the district and school “now threaten to punish Ms. Ricard again if she continues to refrain from using a student’s preferred pronouns, express her views through silence or neutral language, or even engage in a neutral policy of referring to students by their enrolled last names or with other gender-neutral language. Under district policies, all teachers must now refer to each student – both in and out of class – using whatever names or pronouns the student claims reflect his or her particular gender identity on any given day.”

A school counselor had informed Ricard by email of the student’s new preferred name, though the lawsuit says the email continued to address the student as “she.” That spring, the suit says, school administrators had sent teachers a directive to use students’ preferred names.

In addition, a week after Ricard’s three-day suspension and reprimand last April, the lawsuit says, the principal sent teachers “training documents on diversity training on gender identity and gender expression,” as well as protocols on the use of preferred names and pronouns.

The lawsuit says teachers were told in the training documents that failure to use students’ preferred names and pronouns “would constitute a discriminatory act subject to employee discipline” and would be a violation of Title VII of the Civil Rights Act of 1964. Yet, the suit says, other examples of teachers having “failed or forgotten” to use preferred names and pronouns have occurred during the current school year but have not been subject to disciplinary action.

All of the district’s directives, the lawsuit contends, are “for the purpose of lending credence to cultural ideas Ms. Ricard does not share or wish to advance that are contrary to her core religious beliefs.”

The lawsuit says the district’s and school’s actions have deprived Ricard of her First Amendment rights to free speech and free exercise of religion, as well as her rights to due process and equal protection of the law. In addition, it says, Ricard is concerned for her students’ well-being under the district’s policies:

“Ms. Ricard believes that, because of the difficulty of assessing matters of gender identity and the long-term irreversible consequences of certain treatments for transgender-identifying people, including puberty blockers, hormone replacement therapy, and sex-reassignment surgery, children should not be encouraged to undertake social or medical transition because of their inability to assess long-term consequences.”

The lawsuit, filed by Kriegshauser Ney Law Group in Olathe, seeks a declaratory judgment that the defendants violated Ricard’s rights; injunctions against such violations; a purge of her disciplinary record; and “nominal damages” and attorneys’ fees.

The author has requested comment from a district spokesperson.

Michael Ryan is Executive Editor of The Lion.