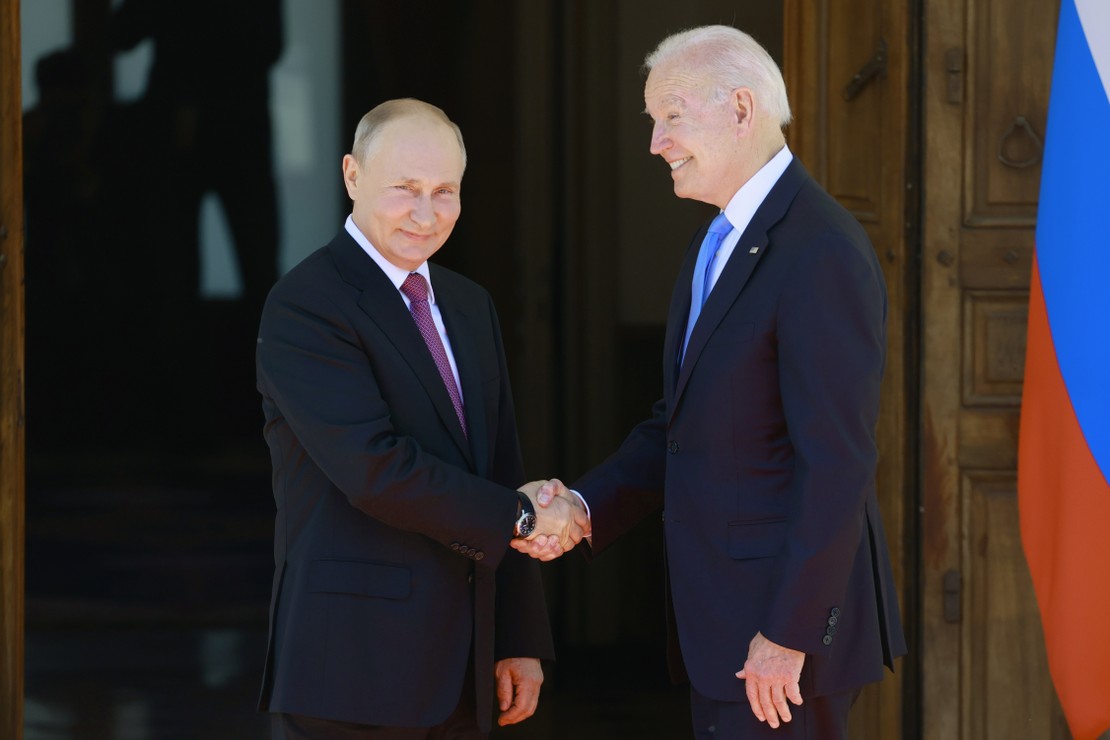 Much has been made of not only Russian President Vladimir Putin’s increasingly-aggressive threats to Ukraine; but also to the response of Team Biden and Western Europe — or lack thereof — to the Kremlin’s intentions with the former satellite of the now-defunct Soviet Union. And rightly so.

In parallel, Chinese dictator Xi Jinping threatens to “reunify” Taiwan, the ChiCom Navy increasingly flexes its muscles in the South China Sea, and Xi flips off the world with the 2022 Winter Olympics.

The salient point is this:

Vladimir Putin and Xi Jinping would have had to be asleep at the switch throughout the entire past year to fail to understand the disastrous effects of Biden’s foreign policy: the Biden Border Crisis™, Biden Afghanistan Debacle™, weak or zero response to Russian cyberattacks, and full-metal crickets “response” to ChiCom aggression and continuing Uyghur genocide — just to name the “greatest hits.”

The consequences are that Putin, Xi, and the rest of the world’s bad guys not only see a big green light; they see Biden eagerly waving them through that green light — on to their next “adventure.”

According to Pompeo, international tensions over a possible Russian invasion of Ukraine have escalated, in large part, because Putin now has free rein to act out his wishes. As reported by Just the News, Putin has long yearned for the “good” old days of the Soviet Union and, as a result, has wanted to rebuild it.

That mission has not changed in recent years, Pompeo said, during a new, wide-ranging interview on the “Just the News — Not Noise” podcast. “What changed is how America was prepared to respond.”

Vladimir Putin didn’t put 130,000 soldiers on the western border and move massive equipment and developers during our four years” under Trump. It’s not because he didn’t have the same imperative.

He added that the United States must be more determined to demonstrate resolve.

Incidentally, the only “resolve” demonstrated by Joe Biden from day one of his occupation of the Oval Office has been his resolve to throw open the southern border to an illegal alien invasion, abandon American citizens and NATO allies in Afghanistan, and kowtow to Putin and Xi at every opportunity. A bit hyperbolic? Maybe. But a hell of a lot closer to fact than fiction.

Pompeo’s #ProTip for Biden — which he would promptly ignore if he was even aware of it:

[Putin’s aggression against Ukraine] just simply means we have to be determined in our resolve and support the democratic institutions in Ukraine. And when there’s corruption in Ukraine, we should push back against that as well.

The Democrat Party has never understood a fundamental reality of foreign policy for any country that stands against threats to everything from its own sovereignty to international stability:

The world’s bad guys respect and fear strength, resolve, and ultimately a response to their aggressive actions. In contrast, they scoff at world apology tours, acquiescence, and blatant ass-kissing. Joe? Yeah.

The other bottom line:

My colleague Dennis Santiago also nailed it: Analysis: Who Wants a War in Ukraine More – Putin or Biden?

Here’s Wednesday’s episode of “Just the News — Not Noice,” if you’d like to give it a peek.