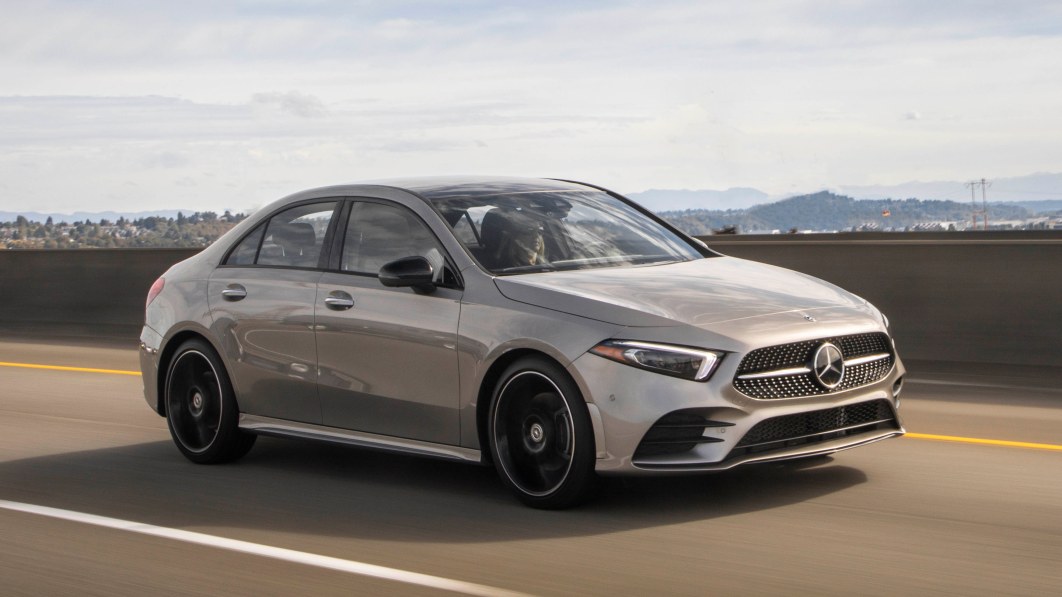 It was only 3½ years ago that we were enjoying our first drive in the new A-Class, and now a report from Automotive News is spelling the little sedan’s demise. That was quick.

The report cites a dealer memo as its source. Automotive News says it obtained the memo in which Mercedes informed dealers of its plan to drop the A-Class from its lineup in the U.S. after 2022. We’ve asked Mercedes-Benz for official comment, and will update this post when we hear back.

A few reasons for the A-Class’ death are cited in the report, but they all have a common theme: sales. The A-Class came out relatively strong in its first year of sales, moving 17,641 units in 2019. Meanwhile, 2021 saw just 8,108 leave dealer lots. This low volume problem is compounded by the lower profit margins for cheaper vehicles like the A-Class versus more expensive SUVs.

It’s not just the decline of small sedan sales hurting the A-Class, but competition from within, as well. Mercedes sells the CLA-Class alongside the A-Class here in the U.S. In this crossover-hungry market, trying to sell two sedans that are similar in size, performance, price and in many other ways is tough business. Culling one of them makes sense, and it’s the slower-selling A-Class that gets the ax.

This news was relatively predictable. Mercedes thinned its A-Class lineup for the 2022 model year by discontinuing the AMG A 35, the A-Class’ only AMG performance model. The A 220 is the only version left this year, so if you were holding out on buying for any reason, the window for doing so is closing.

The same memo to dealers that gave us this news reportedly said that Mercedes will consider the GLA crossover to be its entry-level model in the U.S. going forward. It also confirmed the CLA would continue to be produced for 2023, but didn’t elaborate beyond that.