It shouldn’t come as a surprise to anybody, but spy shots of the next-gen Mercedes-Benz GLC-Class just revealed that its interior will resemble the tech and design of the already-revealed new C-Class.

This new set of shots takes a peek inside at a GLC tester, giving us a full view of the vertically-oriented 11.9-inch infotainment touchscreen and 12.3-inch digital instrument cluster. We know those exact sizes, because the screens appear to be lifted directly out of the 2022 C-Class. Of course, the S-Class was the first new Mercedes to feature this new infotainment and interior design, so you could say that the GLC is taking inspiration from the flagship, just like the C-Class has.

The GLC’s bottom row of buttons are just about identical to the buttons seen in the new C-Class, though we’ll note that this particular tester has an “EQ” button in its array. That indicates that this GLC is electrified in some way. To what level? We can’t be sure. However, Mercedes is rumored to be offering both a mild-hybrid option and a plug-in hybrid option for the next-gen GLC.

Mercedes’ latest MBUX software is running on the screen itself, and we can also see a glimpse of Mercedes’ next-gen touch capacitive (non-AMG) steering wheel, too. 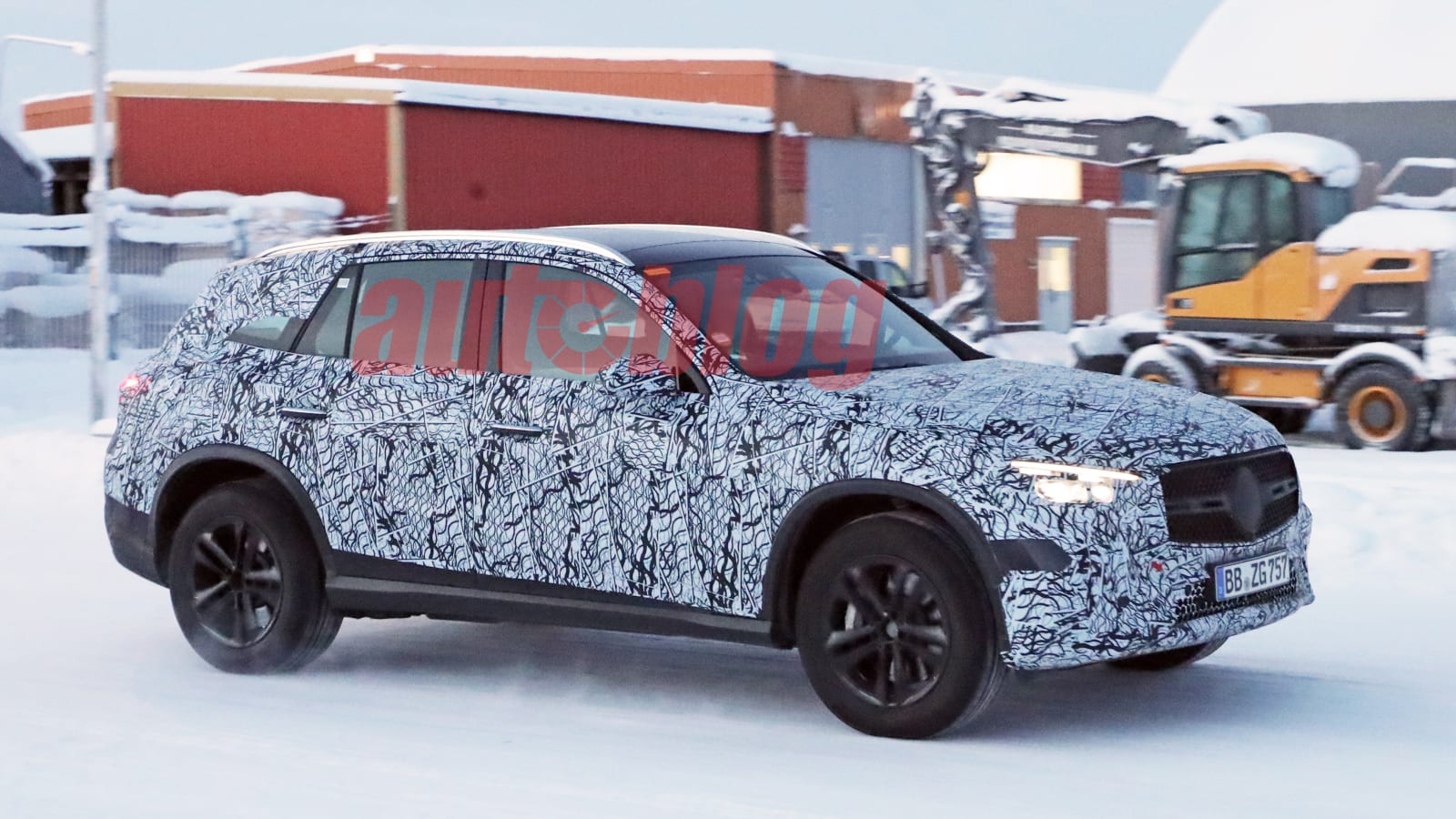 As for the exterior, this GLC is still wearing a ton of camouflage for its extreme winter testing. That said, you can get an idea for the car’s general shape and design. Mercedes doesn’t appear to be straying too far from the current GLC’s design language.

More details will be revealed in time, as we suspect the next-gen GLC isn’t horribly far out now that the C-Class is coming soon. And of course, after the regular GLC, we’ll get the GLC Coupe for those who’d rather the faster sloping roofline over maximum cargo space.