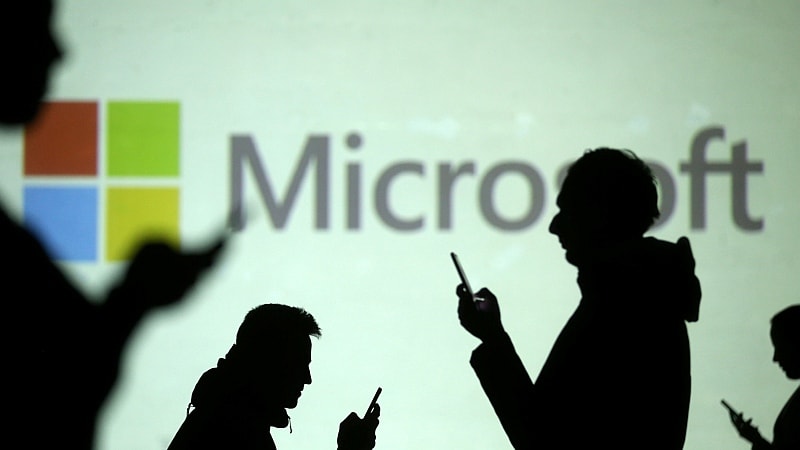 The Microsoft antitrust trial, which will have its 20th anniversary this fall, began with the legal equivalent of shock and awe. To the surprise of everyone in the courtroom, the government’s trial lawyer, David Boies, decided to use video clips of Bill Gates’s deposition as part of his opening statement.

A Justice Department lawyer would touch a laptop button, and Gates would suddenly appear on a screen, obfuscating, stonewalling and even at times dissembling, making no effort to hide his contempt for the legal process he was being put through. Then another touch of the laptop and an internal Microsoft email would replace the video clip, with a sentence or two highlighted.

Invariably the highlighted sentences would undermine what we had just heard Gates say. “How much do we need to pay you to screw Netscape?” he is quoted as saying in one email after a meeting with AOL. Microsoft wants to “cut off Netscape’s air supply,” said another. By the time Day 1 of the Microsoft trial had ended, the courtroom was agog.

For anyone who covered it, as I did, fireworks like that, which seemed almost a daily occurrence, are what remain most memorable. But I want to focus on something that happened after the fireworks, something not well-remembered at all, when it came time for Judge Thomas Penfield Jackson to make his ruling.

The government’s essential allegation was that Microsoft, fearing that Netscape might somehow undercut its all-important Windows, used its monopoly power to force the computer industry to use its browser, not Netscape’s. The evidence clearly showed that Microsoft was guilty of doing exactly that.

In addition, the arrogance of Microsoft’s witnesses had infuriated Jackson. Long before the trial was over, it was a foregone conclusion that Jackson would find that Microsoft had violated the nation’s antitrust laws. What was surprising was the remedy. Jackson ruled that Microsoft should be broken up.

The idea – which came from the Justice Department – was that Microsoft’s Windows division would be spun off into one company, while its applications divisions, including Office, would make up a second company. If that were to happen, the Windows company would no longer have any incentive to favor Microsoft products, and could choose which applications to pre-install based on merit alone. And the applications company could innovate without worrying about its effect on Windows, which for Microsoft was the sun and the moon and the stars. As the government put it:

[B]y separating ownership and control of Microsoft’s operating system business from its other businesses, it will create incentives for Microsoft’s Office and its other uniquely valuable applications to be made available to competing operating systems when that is efficient and profitable – in other words, in response to ordinary market forces – instead of being withheld strategically, at the sacrifice of profits and to the detriment of consumers – in order to protect the Windows operating system monopoly.

Alas, the remedy didn’t stick – which is why no one remembers it. The appeals court, which vacated the ruling, and the incoming George W. Bush administration had no stomach for busting up Microsoft. Ultimately, the remedies imposed on the company were far less severe.

And while the Microsoft trial did change the company’s behaviour – never again did it try to use its monopoly power to squash a rival- one thing didn’t change. For the next 15 years or so, Microsoft’s primary focus was on protecting its cash cow, Windows.

What brings all this to mind is not just the coming anniversary of the trial, but Microsoft’s most recent quarterly earnings, which it reported late last week. The numbers were stunning, especially for a company Microsoft’s size. Revenue, at $26.8 billion, was up 16 percent. Gross margins up 16 percent. Operating income up 23 percent. Earnings per share of 95 cents, up 36 percent. The analysts covering the company were near unanimous in describing the results as its best quarter in years.

Microsoft has turned its cloud computing division into a $20 billion-a-year business, trailing only Amazon. Office, which has morphed into a subscription service for companies that use it, is a powerful driver of earnings. Its foray into social media, LinkedIn, saw revenue grow 37 percent, and is approaching $6 billion a year. And, yes, Windows still generates billions, but as my Bloomberg colleague Shira Ovide pointed out last month, the percentage of Microsoft’s revenue generated by Windows has dropped from 28 to around 16 since 2010. Both its Office business and its cloud business are bigger.

And that’s the real point. Microsoft’s recent success is very much connected to its belated willingness to stop acting as if Windows were the only thing that mattered. When Steve Ballmer stepped down as chief executive in early 2014, there were many stories about his failings as the company’s longtime leader. But his biggest blind spot was largely overlooked: He could never abandon the mindset he had inherited from Gates, that everything at Microsoft was subservient to Windows.

Although Ballmer’s successor, Satya Nadella, had spent 22 years at the company before becoming CEO, he didn’t have that mindset. By allowing Windows to be reduced to just another Microsoft software product, he freed the company to become more innovative, and to build new businesses that had nothing to do with its operating system. Which is pretty much what the Justice Department had predicted 20 years earlier.

I have long wondered what would have happened if Microsoft had been broken up. The power of the two new companies would have been radically diminished, but that happened to Microsoft anyway, even without being broken up. New competitors arose, like Apple and Google, and new trends took hold, like the shift to mobile computing, which Microsoft was never able to grab onto, much less dominate.

A Windows company that had no other business might well have had more success creating operating systems for phones simply because it had no choice. Innovation would have been driven by necessity. And an applications company would have also likely jumped into new businesses earlier and done it smarter for the same reason. The two companies might not have been as powerful as the old Microsoft had once been, but they probably wouldn’t have become irrelevant the way Microsoft was for long stretches of the Ballmer era.

Is it strange to think that some government bureaucrats in the antitrust department of the Justice Department had a better feel for how Microsoft could improve its business model than Bill Gates and Steve Ballmer did? Maybe it is. But they really did have it right. That’s what Nadella is showing 20 years later – as its recent financial performance is proving.

–Disclosure: The Microsoft trial is where I first met Boies. He had just begun his own firm, but agreed to handle the trial for the government, no doubt in large part for the publicity it might garner him and his new firm. A decade later, my wife joined the firm as its director of communications. She has since left the firm, but Boies remains a client.

–This description of the first day is drawn from my “Microsoft Diaries,” which ran in Fortune magazine for the trial’s duration.