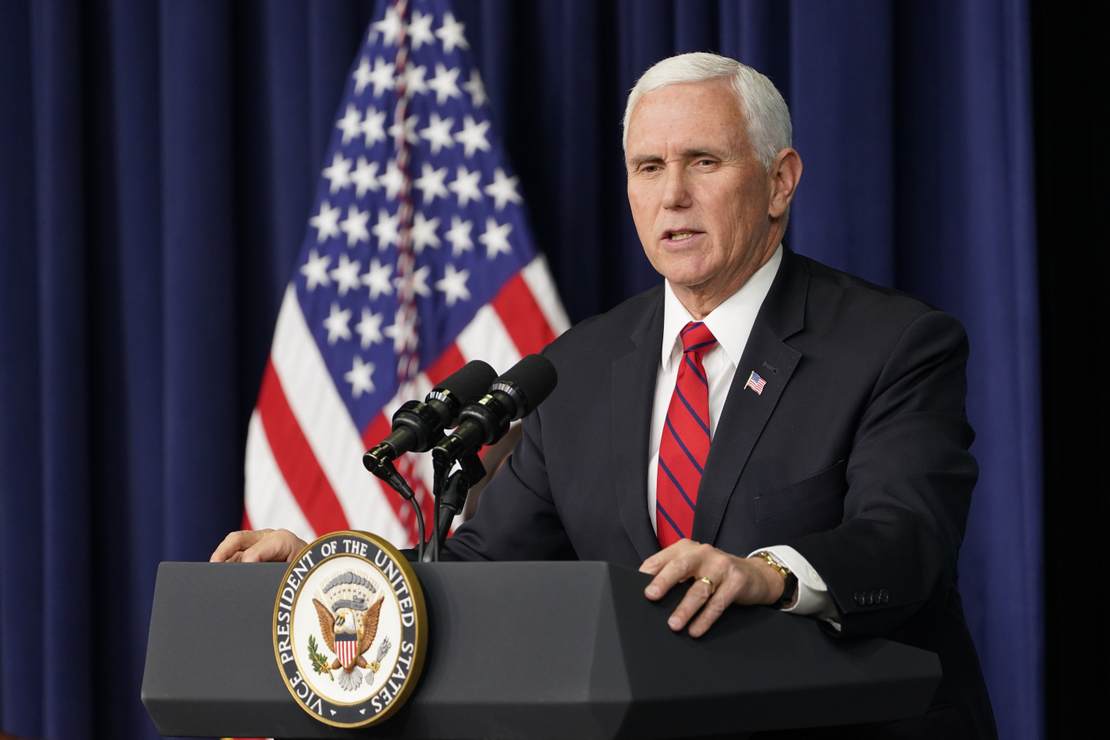 It’s abundantly clear that former Vice President Mike Pence is going to run for president in 2024. He’s been putting in the leg work lately, with a scheduled trip to New Hampshire coming up. He’s also positioned himself as a Trump foil in the mid-term GOP primaries, taking a contrary position to the former president in several states, most recently in Arizona.

For my part, I think Pence’s pursuit is delusional. There is exactly one person in the GOP who would be palatable to Trump voters if Trump himself weren’t the nominee, and his name is Ron DeSantis. There is no one else who comes close to having the track record necessary, both regarding policy and the willingness to fight.

Certainly, Pence doesn’t fit the bill. He’s not a charismatic individual, and when push came to shove, he folded in the face of the woke lobby as governor of Indiana (we didn’t use the term “woke” back then, but you get the idea). That Trump even picked him to be vice president has always been a bit of a head-scratcher, though, it’s understandable that he wanted some establishment credibility on the ticket to galvanize the party.

Regardless, Pence is going to run in 2024, and he’s getting a head start on burning his campaign to the ground. Here he is defending the FBI after the Mar-a-Lago raid via the Washington Examiner.

Acknowledging Republican concerns about the FBI raid on former President Donald Trump’s lavish Mar-a-Lago resort last week, Pence warned the GOP to steer clear of calling to defund the FBI or taking their ire over the raid too far.

“Our party stands with the men and women who stand on the thin blue line at the federal, state, and local levels. These attacks on the FBI must stop,” Pence declared at a forum in New Hampshire Wednesday. “Calls to defund the FBI are just as wrong as calls to defund the police.”

Talk about not knowing what time it is. I think it’s safe to say that most Republicans are past the point of defending the “rank-and-file” FBI agents who happily follow the orders of their partisan superiors. At some point, you can’t continue to defend a blatantly corrupt and politically weaponized agency by saying, “well, the rank-and-file are all good guys.” What’s the evidence of that? And given the FBI’s extremely checkered history, there’s every reason to believe that outsized egos and abuses of power are far more common throughout the bureau’s hierarchy than Pence would have us believe.

To put it in broader terms, these bland “back the blue” talking points don’t play with GOP voters anymore. Republicans are sick and tired of being told to support people who don’t support them. Yes, it’s still a good thing to stand behind your local law enforcement if they do things properly, but these generic demands that we never criticize the police? Pence can jump in a lake with that stuff. State power is state power, and it needs to be curtailed, not coddled. In the case of the FBI, it is not an agency worth saving, and calls to defund it, at least until it stops being a political organization, are absolutely proper.

Pence wasn’t done, though. He also recently said that he would consider appearing before the January 6th committee.

“If there was an invitation to participate, I would consider it,” Pence said during an event at Saint Anselm College in Manchester, NH.

“I would have to reflect on the unique role that I was serving in as vice president,” the former Indiana governor added. “It’d be unprecedented in history for a vice president to be summoned to testify on Capitol Hill.”

The committee generally videotapes interviews with subjects and then airs snippets of the most damning parts at public hearings.

“I don’t want to prejudge. If there’s ever any formal invitation rendered to us, we’d give it due consideration,” Pence emphasized Wednesday. “But my first obligation is to continue to uphold my oath [and] continue to uphold the framework of government enshrined in the Constitution.”

Given how the January 6th committee members have conducted themselves, obfuscating and even altering evidence in order to present a false narrative, the only right answer to an invitation to appear is “you better subpoena me.” It’s not 2021 anymore. It’s obvious the committee exists simply to harm Republicans and that it has none of the evidence it claims it had to prove a “seven-step” plan by Trump to overthrow the government.

Pence giving that committee even a hint of credibility instead of lambasting it is another red flag about what kind of politician he is. He’s doggedly establishment, and unwilling to say the tough things when the moment calls for it. Is that really what he thinks Republicans want in 2024? Ironically, Pence running will probably only help Trump secure the nomination. That his ego won’t allow him to see that is a testament to what Washington does to people.