Mitsubishi has arrived at the 2022 Tokyo Auto Salon with a bevy of vehicles, but none more interesting than the Vision Ralliart Concept. We have fond memories of the Ralliart name on Mitsubishi models sold years ago, which gives us a glimmer of hope that a return to the sub brand could once again give us a Mitsubishi to get excited about as enthusiasts. That initial Ralliart return is in concept form and in the shape of the new Outlander.

Mitsubishi is using the Outlander PHEV as the basis of this concept, but it appears as though nothing has been done to the powertrain to make it any more potent than the standard car. However, Mitsu has attended to it elsewhere. The Ralliart Concept gets large brake rotors and six-piston brake calipers to increase stopping power. It also features suspension changes. Mitsubishi doesn’t say exactly what it’s changed beyond specifying that the comfortable ride “is further refined,” though. Lastly, Mitsubishi fitted 22-inch wheels with bigger tires to enhance cornering.

Appearance-wise, the Vision Ralliart Concept gets unique front and rear bumpers, wider fenders in front and rear, a new front grille and big rear diffuser. Mitsubishi says that this car “embodies Mitsubishi Motors’ vision for the new Ralliart and brings together the company’s engineering and passion for Monozukuri challenges (craftsmanship).”

How all of the above may translate into a production Outlander Ralliart model is still to be determined, and it’s not yet clear if we’ll ever see such a thing in the U.S. 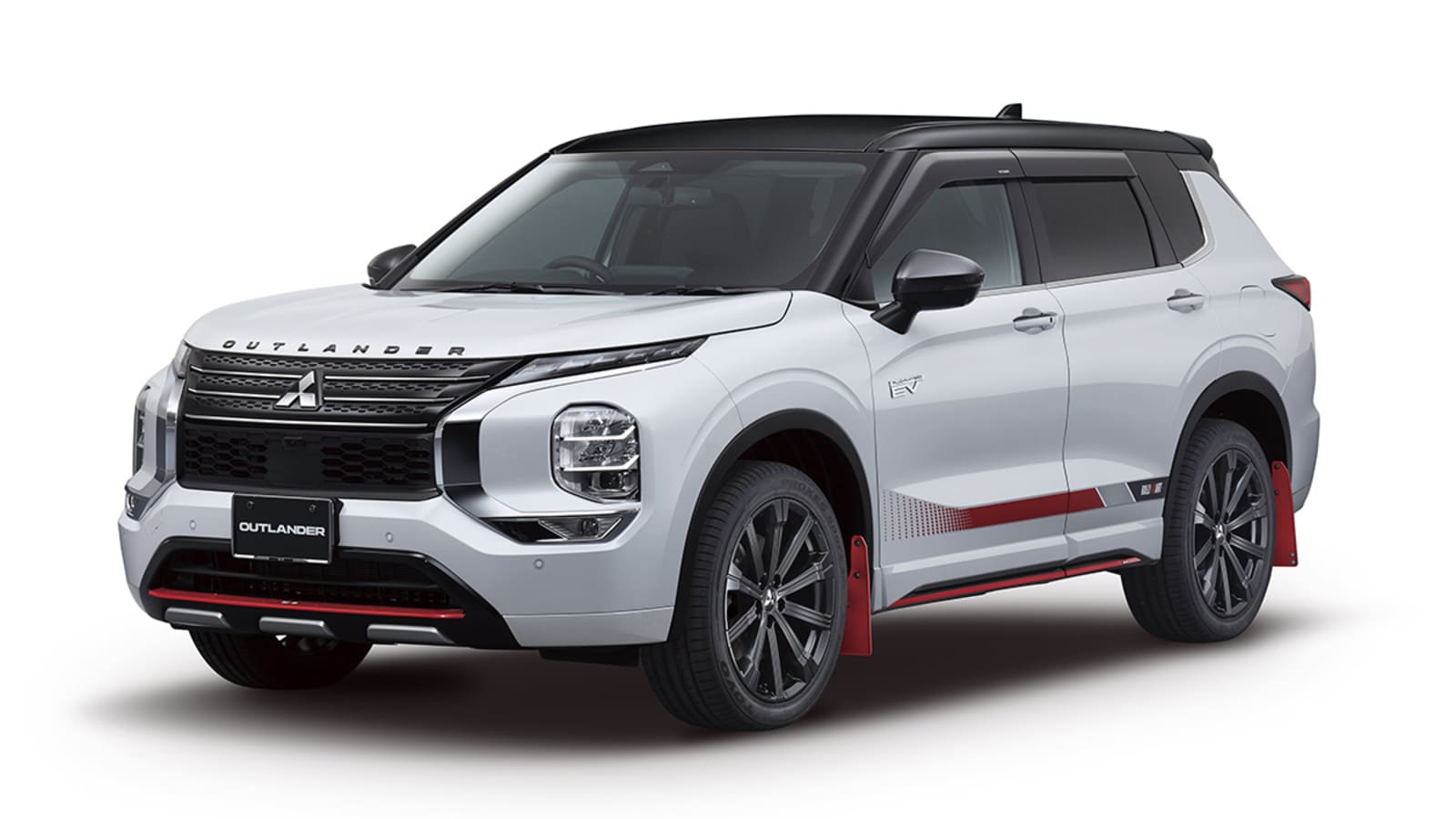 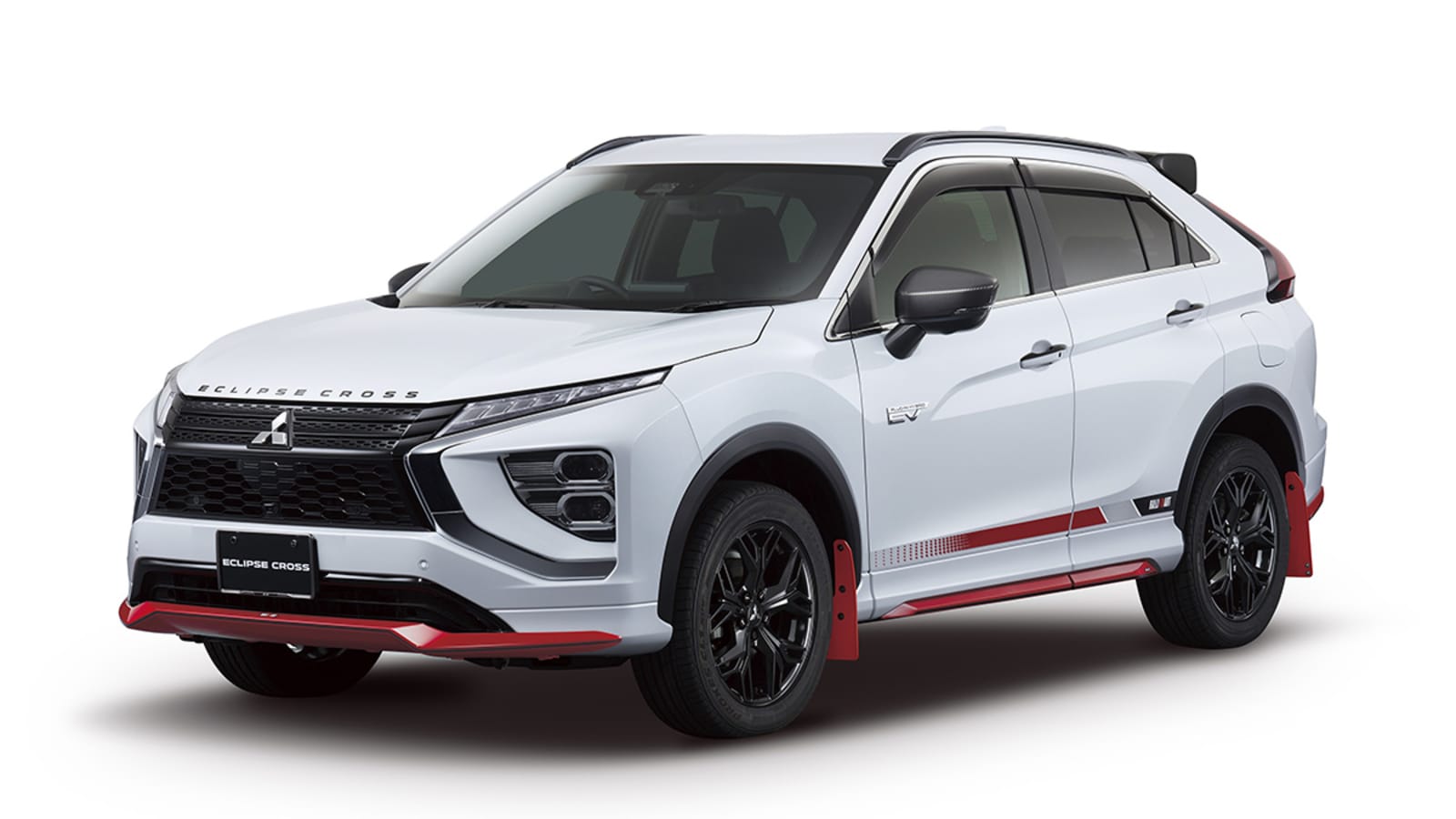 Beyond that concept, we also get a look at an Outlander Ralliart Style and an Eclipse Cross Ralliart Style. Both of these cars are full of red, white and black stickers/accents to give them the Ralliart look we’d expect. However, the packages are limited to appearance changes only. Again, Mitsubishi gives no indication as to what its end game might be with these vehicles. 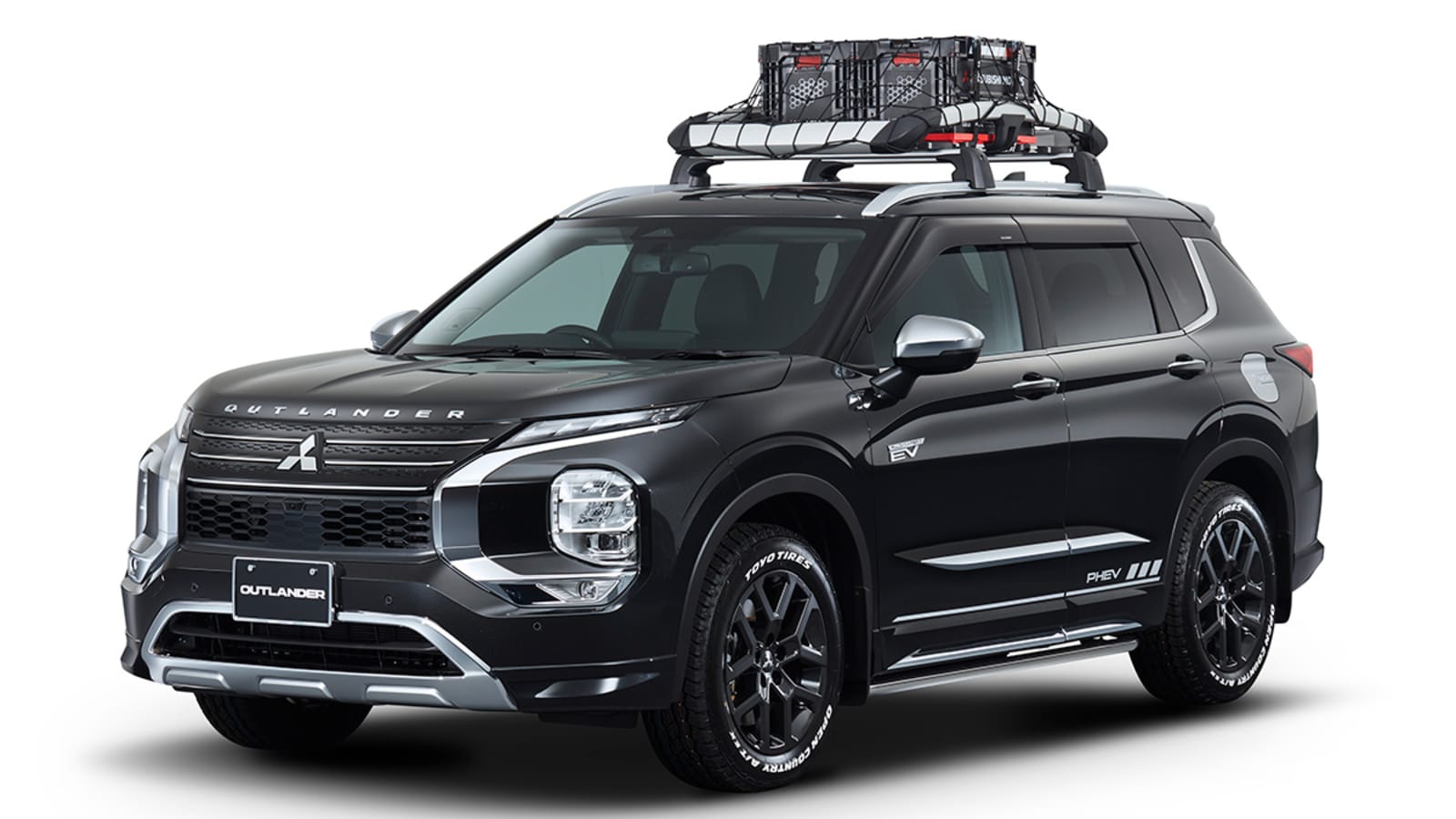 On the off-road side of things, there’s the Outlander Wild Adventure Style based on the PHEV. This model adopts a bunch of Mitsubishi accessories that make it a better vehicle for heading into the wilderness. It has items like all-terrain tires, bumper protectors, mud guards, a roof carrier, trailer hitch and additional garnishes all around to give it a sportier/outdoorsy look. 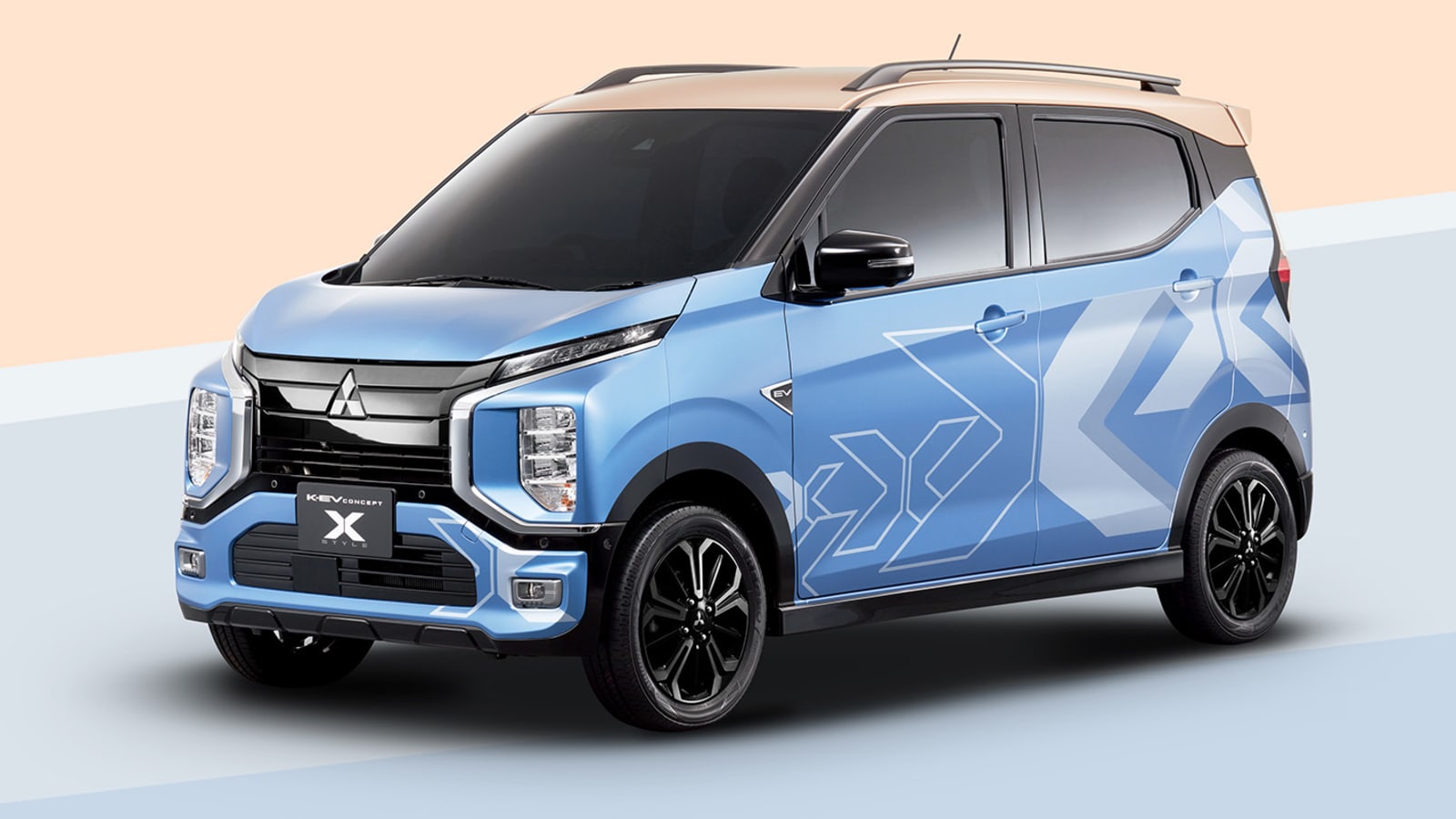 If kei cars are more your style, Mitsubishi has also revealed the K-EV Concept X Style in Tokyo. It’s meant to preview a new generation of electric kei cars in Japan. Mitsubishi is light on details, but it does specify that this particular kei car is meant to be SUV-like in feel. It features a raised ride height, X-shaped logos all about and a copper roof meant to remind of the motor winding of an EV. 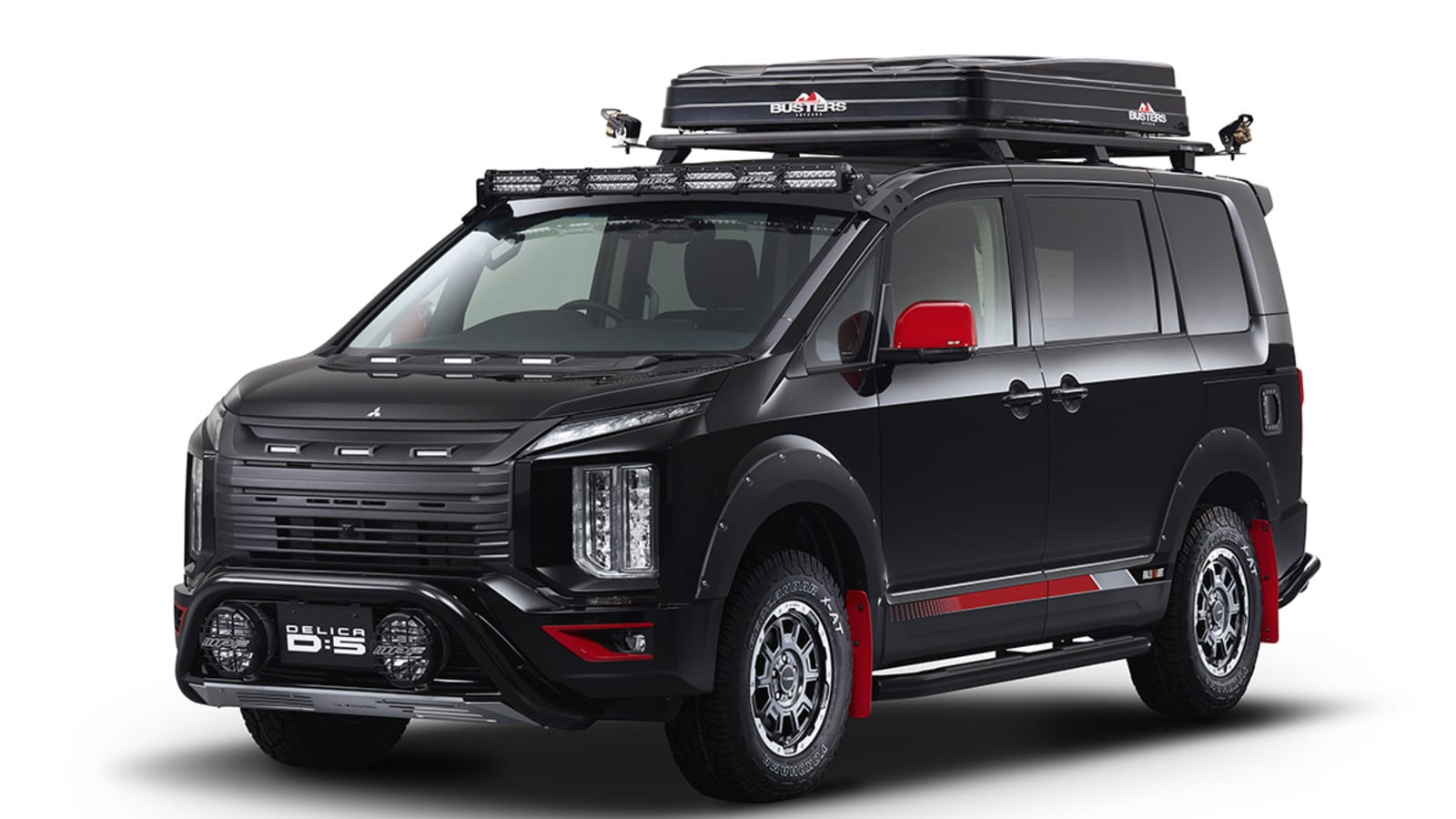 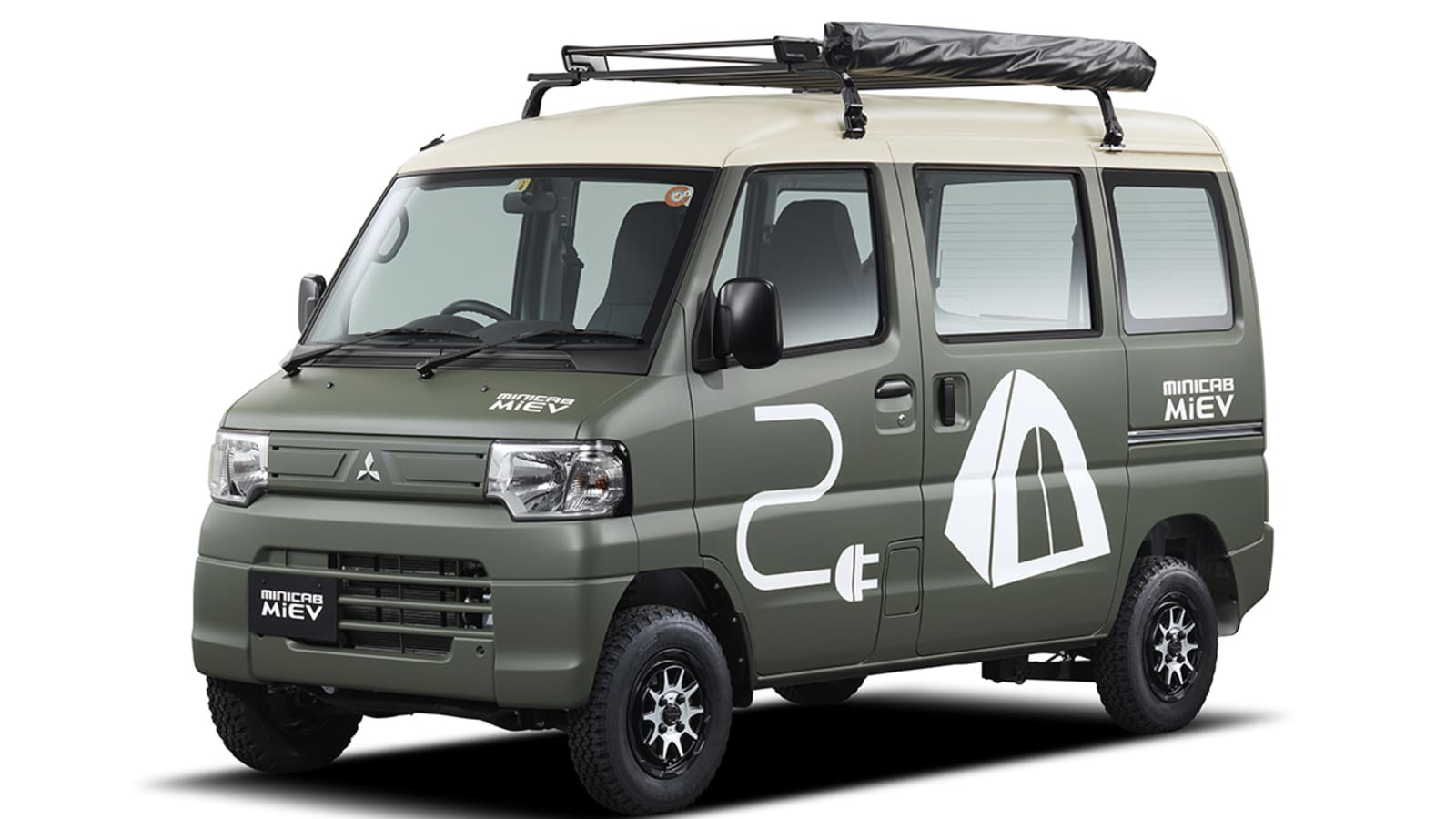 The last two are the Delica D:5 Tough x Tough and the Minicab MiEV B-Leisure Style. Mitsubishi fitted this Delica with a bunch of aftermarket and Ralliart parts to perform better off-road. It even has a roof carrier and rooftop tent to make sure you have a place to sleep once you get where you’re going.

As for the Minicab, this kei car is meant to be an electric commercial vehicle that could also be used as a personal vehicle. It has a “MiEV Power Box” that can use power from the drive battery to power electronics at a worksite, but don’t expect ProPower Onboard power here. Mitsubishi says you could plug in an electric kettle, coffee maker and laptop, which makes it only suitable for light duty work. And for personal use, it’s equipped with a car awning, camping table and folding cot that can be used when traveling.