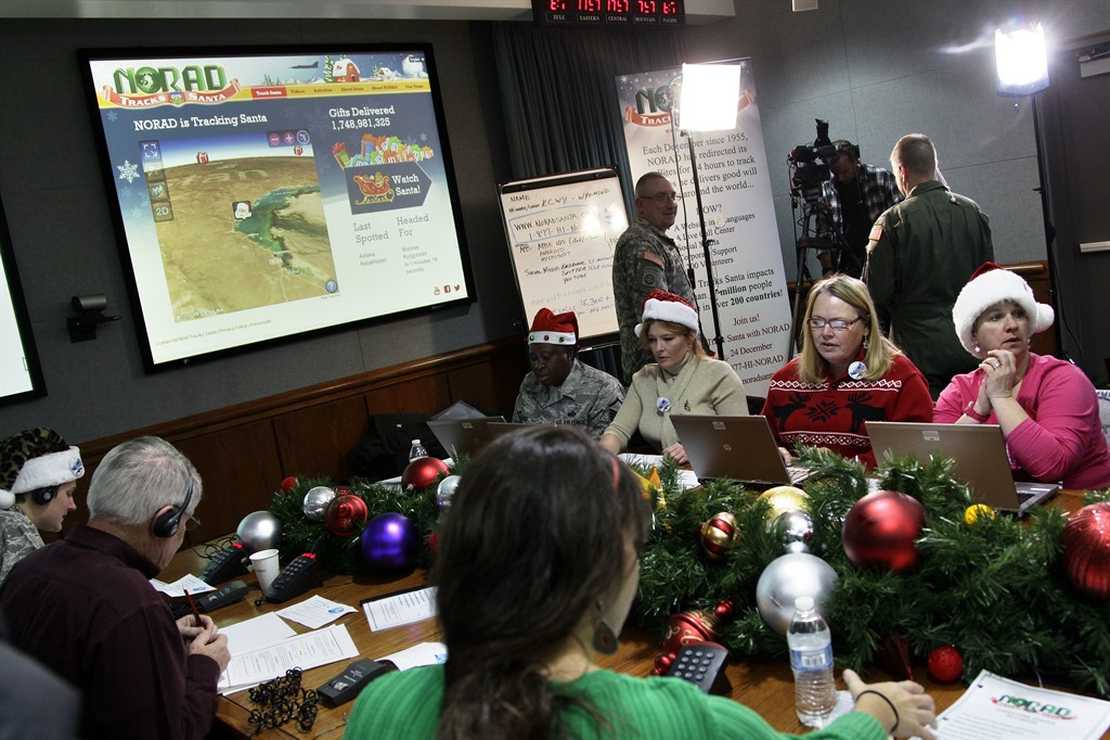 You know that on Christmas you can always count on some hot takes from the liberal media about the holiday.

But writer Hayes Brown of MSNBC offered up one that seemed rather silly — he was upset about the tradition of NORAD tracking Santa Claus’ travel around the world. “NORAD’s Christmas Eve Santa Claus tracker needs to end,” the headline trumpets. Who seriously could be bothered by that? It’s a lot of fun each year watching the tracker and seeing where St. Nick is at any given point. Even if you’re not into it, how could anyone possibly be bothered by that?

According to Brown, he wants to “decouple” Santa Claus from the military.

“No, I’d prefer we end the tradition because it’s about time that we decoupled St. Nick from the world’s most powerful military,” Hayes Brown wrote. “American culture is saturated with a desire to associate the military with the saccharine. We get videos of soldiers returning home to their pets or children but never questions about why they were deployed for so long or what threat they were fighting; military jets flying over NFL games give us an injection of jingoist testosterone before more regionally focused battles of testosterone are played on the field; and we get the Netflix movie “Operation Christmas Drop,” a seasonally themed rom-com that cheerfully seeks to boost approval for America’s military base in Guam.”

Brown claimed, “The messier business of war that goes on in the background doesn’t jibe with the Christmas spirit.”

“It’s a great joke, which prompts this hypothetical: If the Air Force did accidentally target Santa, say during one of his stops outside the U.S., would we hear about it? Would the resulting loss of life be deemed ‘credible’? Or would it just be another case investigated and tucked away in the Pentagon’s files?” [….]

“The military wrongly killing someone is more frequent an occurrence than its interest in the delivery of toys,” Brown writes. “So out of concern for Santa’s safety, out of exasperation at the Pentagon’s propaganda and because at Christmas you tell the truth, let’s have NORAD release Santa from its annual pantomimed surveillance.”

Talk about a bad take. What it comes down to is that he doesn’t like that the military gets the positive press as a result and is associated with someone that everyone likes: Santa Claus.

If he’s concerned about drone strikes, address the issue directly. For example, I can think of one drone strike that could use more looking into, that hasn’t had anyone punished for it — that’s the case where the family including seven children were wiped out during Joe Biden’s horrific withdrawal from Afghanistan. But strangely, while Brown is raising the question about drone strikes, he doesn’t touch on this admittedly wrong and very recent drone strike. I wonder why.

Instead, Brown wants to talk about drone strikes to demonize the military in general, even with the suggestion that the military might kill Santa. How about just being honest and saying you hate the military?

I would point out that this also comes right at a time when Joe Biden embarrassed himself big time on a NORAD Santa-tracking call, agreeing with a father who slipped in a “Let’s go, Brandon” tease at him. I’m sure it’s just a coincidence that Brown has come up with this thought now.

Texas Gun Store Owner Sues Biden’s ATF for Cracking Down on Legal Gun Ownership
Protests Spread in China as People Demand ‘Freedom,’ Call for Xi and CCP to ‘Step Down’
Putin’s War, Week 39. The Battle of the Generators
The Activist Media Is Still Pretending Elon Musk Will Destroy ‘Black Twitter’
University Launches Graduate Program to Fight the ‘Rampant’ White Supremacy of Museums
Here Is the Question Joe Biden Was Clueless About in Nantucket
Share This Post
Comment

Protests have been spreading across China against their zero-COVID policy, especially in the wake of…