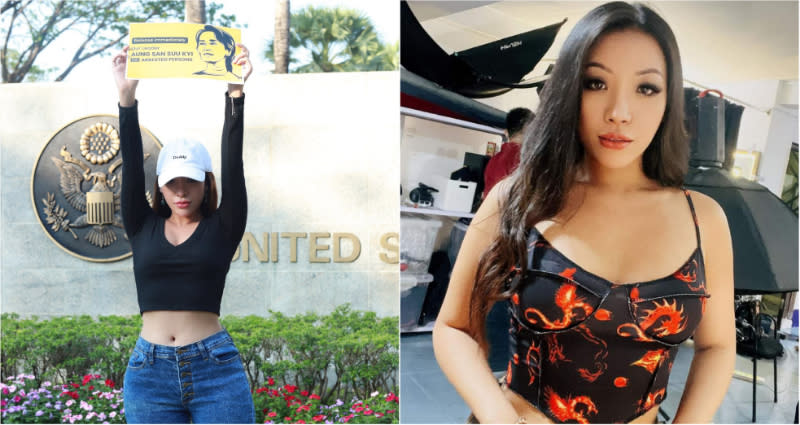 A woman in Myanmar has been sentenced to six years in jail after posting nude photos on OnlyFans.

Nang Mwe San, a model and former doctor, was convicted on Tuesday of “harming culture and dignity,” military officials said. She lived in martial law-controlled North Dagon Township in Yangon, where the right to a lawyer is often denied to people charged with such crimes, the BBC reported.

Sharing nude photos and videos on the adult subscription site and other social media platforms for a fee is punishable for up to seven years under Section 33 (A) of the country’s Electronics Transactions Law.

Nang Mwe San faced trial at the Insein Prison Court, where other political prisoners have been placed since the military coup in February 2021, when Aung San Suu Kyi’s democratically elected National League for Democracy was ousted.

More from NextShark: Rapper Brittanya Karma Passes Away at 29 From COVID-19

While the 34-year-old model, who has previously taken part in protests against the military, is believed to be the first person to be locked up for OnlyFans content in Myanmar, others have incurred the junta government’s wrath in recent days.

Miss Myanmar 2020 Thinzar Wint Kyaw is set to face trial in October after sharing photos of herself taking part in protests online and wearing a dress called “Fearless Empress” while holding a banner that read “Pray for Myanmar” during the 69th Miss Universe. She was also arrested under the country’s Electronics Transactions Law in August.

Han Lay (also known as Thaw Nandar Aung), a 23-year-old beauty queen from Myanmar who gave a pageant speech highlighting the atrocities of the regime last year, was denied re-entry into Thailand after she found that her travel documents were invalid while flying back from Vietnam. She has since left Bangkok for Toronto on Wednesday. It is unclear how long she will live there or what her status in Canada is, Reuters reported.

More from NextShark: Woman Beats Up Man Who Groped Her in Broad Daylight in Viral Video

Freelance BBC journalist Htet Htet Khine was also found guilty on Sept. 15 for reaching out to an outlawed pro-democracy radio program and had her prison sentence extended for three more years. She had previously been sentenced to three years of hard labor under laws that criminalize remarks considered to incite fear or spread “false news” regarding the military.

An estimated 15,600 people have been detained by the military since it took over, while more than 12,000 people are still in jail and nearly 2,322 political prisoners have died, according to the human rights organization Assistance Association for Political Prisoners.