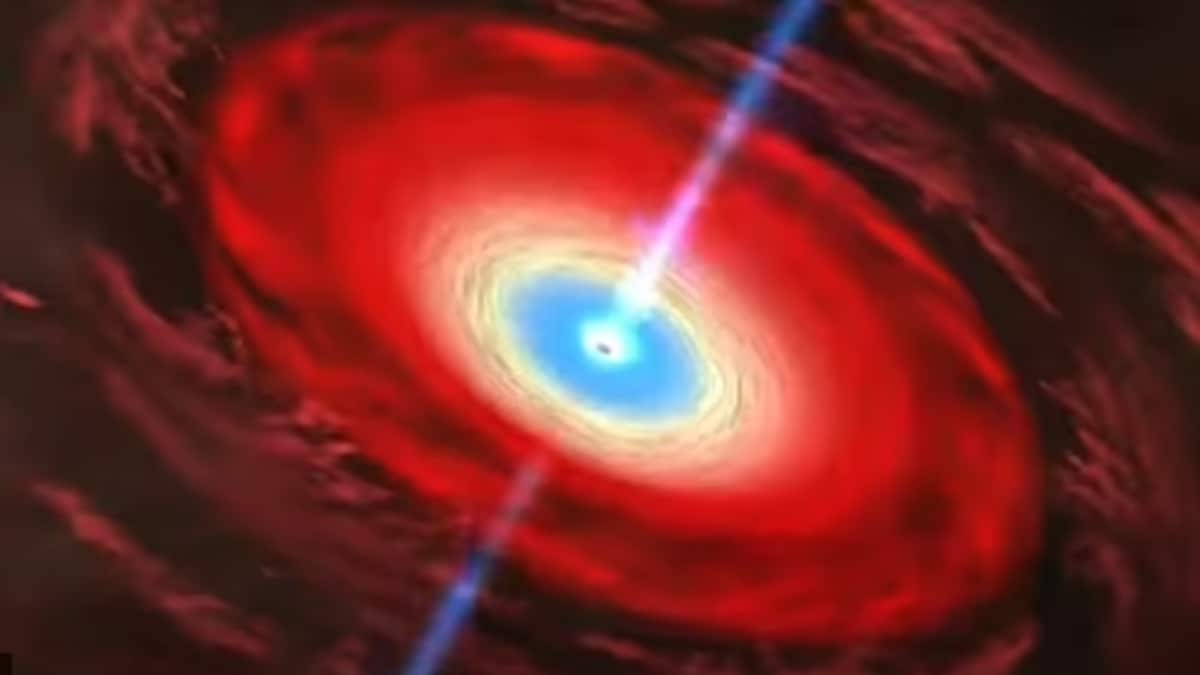 The supermassive black hole at the centre of our galaxy, the Milky Way, has a “leak,” reveals new research. Earlier, scientists had assumed that the supermassive black hole might be a sleeping giant. It was found to reawaken on a regular basis, devouring any star of gas clouds which fell into it. In a long plume or jet of energy, it would then send radiation and particles into space. NASA says the black hole called Sagittarius A* looks like it still has the remnants of a “blowtorch-like jet dating back several thousand years.” However, the space agency has not yet managed to capture the “phantom jet.”

Having stated that, there is “circumstantial evidence” that it is pushing into a huge hydrogen cloud “like the narrow stream from a hose aimed into a pile of sand”. Sagittarius A* has a mass of 4.1 million Suns.

Professor Gerald Cecil of the University of North Carolina at Chapel Hill led the research. A NASA report states that Cecil “pieced together, like a jigsaw puzzle, multiwavelength observations from a variety of telescopes that suggest the black hole burps out mini-jets every time it swallows something hefty, like a gas cloud.” The research report has been published in The Astrophysical Journal.

Using a telescope at the ALMA Observatory in Chile, which uses mm wavelengths to look at objects, Cecil found an “expanding, narrow linear feature in molecular gas that can be traced back at least 15 light-years to the black hole.” Next, Cecil found in images captured by the Hubble Space Telescope “a glowing, inflating bubble of hot gas that aligns to the jet at a distance of at least 35 light-years from the black hole.”

The NASA report quoted the co-author of the study, Alex Wagner of Tsukuba University in Japan, as saying that the streams percolate out of the Milky Way’s dense gas disk. Like an octopus, the jet diverges from a pencil beam into tendrils. This outflow forms a sequence of growing bubbles that span at least 500 light-years. According to Wagner, the core black hole’s illumination increased by at least a million-fold in the last million years.

On its official YouTube channel of NASA Goddard, the space agency shared a video on the supermassive black hole. It states in the caption, “NASA’s Hubble Space Telescope hasn’t photographed the phantom jet yet, but it has helped find circumstantial evidence that the jet is still pushing feebly into a huge hydrogen cloud.”