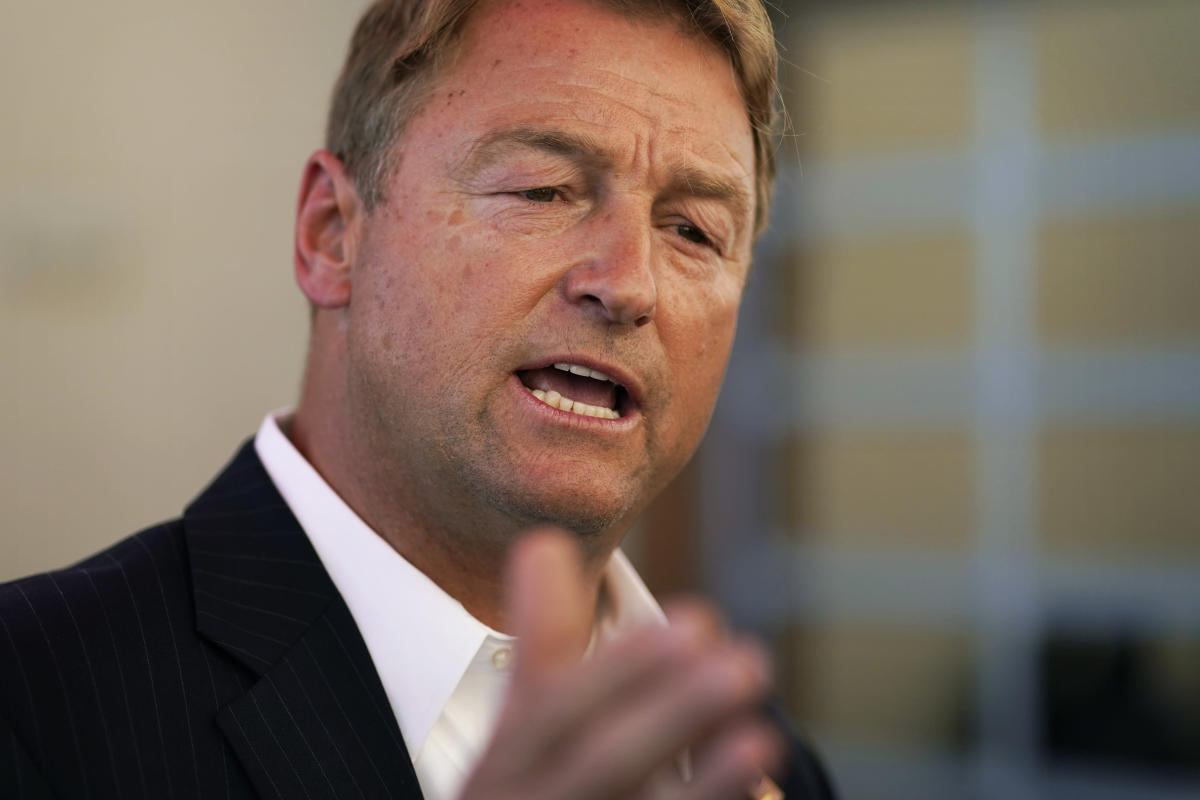 RENO, Nev. (AP) — Hundreds of exuberant Republicans booed and jeered at former U.S. Sen. Dean Heller on Thursday night as he attempted to brandish his conservative credentials and position himself as close to former President Donald Trump at the first debate leading up to Nevada’s Republican gubernatorial primary in June.

Unlike the seven other Republican primary hopefuls who took the stage, Heller’s remarks on crime, schools and virus mandates did little to placate the mask-less audience, which laughed when the veteran politician claimed he was “the only proven conservative” in the race to take on Democratic Gov. Steve Sisolak in November.

Republicans hope nationwide dissatisfaction with President Joe Biden’s economic and social agenda coupled with pandemic frustrations will drive voter turnout and return them to power in Washington, D.C., and swing states such as Nevada. But Heller’s reception reflects the uphill battle many one-time moderates running in the midterms now face as they try to tack rightward on polarizing issues such as election administration and immigration.

Heller began the debate by attributing what he said was unprecedented voter enthusiasm to the “Trump effect.” And amid booing, he told the audience multiple times that he had spoken to the former president only a couple hours prior.

Heller shrugged off the heckling and said after the debate that it likely came from supporters of Joey Gilbert, a Reno attorney who opposes vaccines and was outside the U.S. Capitol when it was under siege a year ago.

“They know who’s in front in this race and they’re gonna boo the frontrunner at every chance they get,” he said.

Four years after losing Nevada’s 2018 Senate race to Democrat Jacky Rosen by 5 percentage points, Heller has positioned himself as close to Trump and highlighted their work on the 2017 Tax Cuts and Jobs Act. But Republican activists continue to remember his opposition to Trump’s efforts to repeal the Affordable Care Act and the resulting enmity between the two men.

Conservative firebrands such as Gilbert and Las Vegas City Councilwoman Michele Fiore received warmer receptions from the party faithful in attendance on Thursday evening at the Atlantis Casino Resort Spa in Reno, where organizers had candidates draw from a deck of playing cards to determine their seating on the debate stage.

Their claims about “critical race theory” being taught in schools, about voter fraud and Gilbert’s arguing politicians needed to “take the handcuffs off of our (police) officers and let them do their jobs” won applause.

So did their one-liners and digs at Sisolak and Clark County Sheriff Joe Lombardo, the sole Republican candidate who did not attend Thursday’s debate.

Critical race theory is an academic framework that connects the country’s history, including the legacy of slavery, to contemporary laws and racism. Administrators in Nevada have repeatedly denied it is taught, but it is frequently used as shorthand by parents opposed to incorporating concepts such as equity and multiculturalism in school curriculums.

Fiore, Gilbert, Heller and Lombardo are among a long list of Republicans hoping to unseat Sisolak, a first-term Democrat who won by 5.1 percentage points in 2018. They are betting that Republicans’ economic message will resonate in Nevada, where the economy relies heavily on sectors such as tourism and live entertainment that cannot easily transition to remote work. The state’s 6.8% unemployment rate ranks 50th in the nation and 66,200 fewer workers are employed at casinos and hotels than before the pandemic.

“Given the disaster that the Sisolak administration has been in the state, people are paying attention,” said venture capitalist Guy Nohra, another candidate. “I know our side is going to be really fired up. I could see it tonight. I could feel it tonight.”

Metz is a corps member for the Associated Press/Report for America Statehouse News Initiative. Report for America is a nonprofit national service program that places journalists in local newsrooms to report on undercovered issues.

Woman fakes being stranded, then kills Florida college student who stopped, AL cops say
‘River Dave,’ banned from New Hampshire site, moves to Maine
Troubled Waters Around Taiwan
Ann Coulter: Sorry I Murdered You With My ‘Hate Speech’
Grim Warnings Of Possible Nuclear Destruction Has Us Humming ‘It’s The End Of The World As We Know It’
US says airstrike in Somalia kills 13 members of al-Shabaab terror group
Share This Post
Comment

Speaker Nancy Pelosi’s visit was met with fury and condemnation in Beijing, as well as…