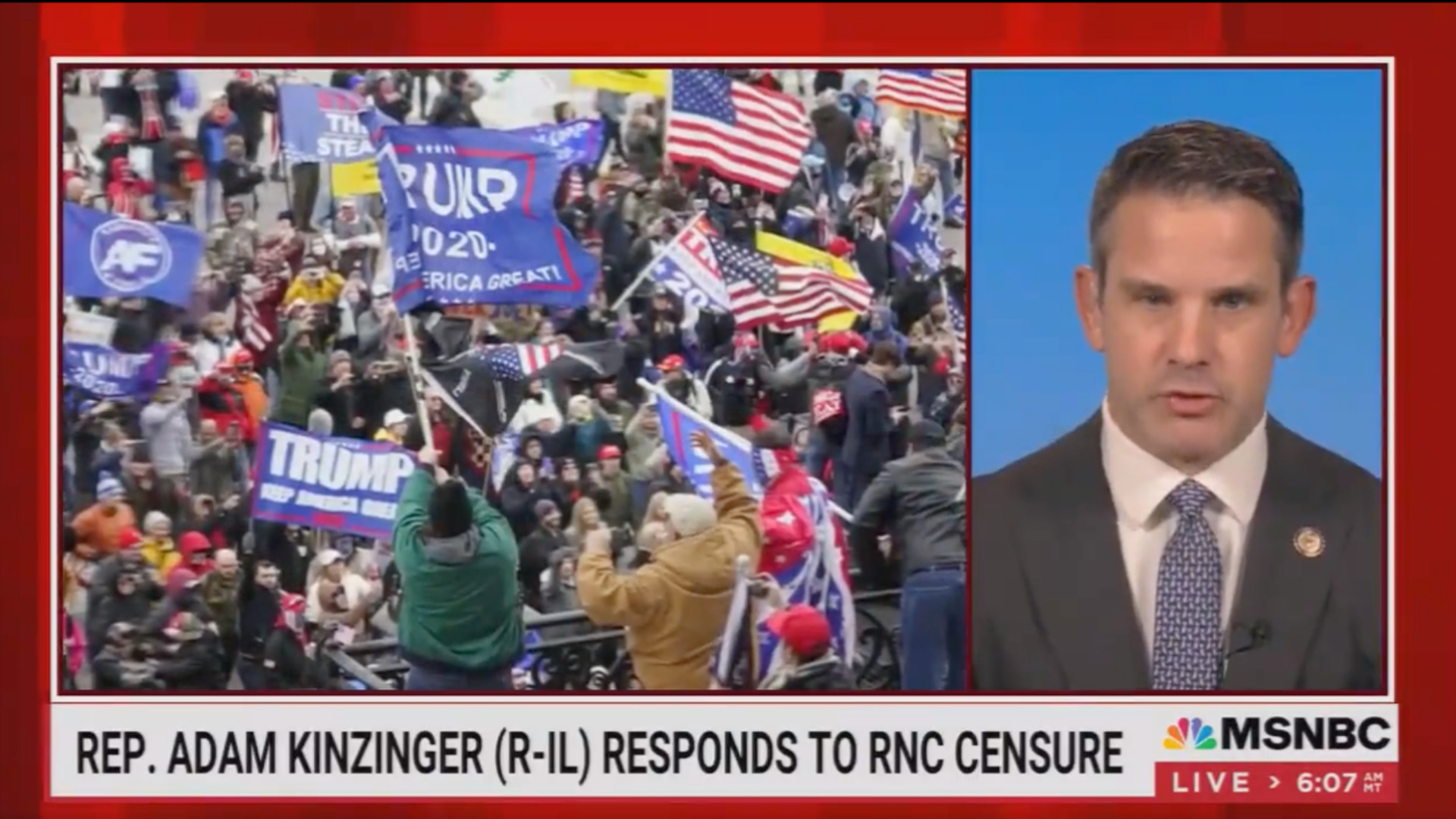 Kinzinger made his comments during an interview on MSNBC’s “Morning Joe.”

VIDEO – Rep. Kinzinger on Republicans Who Don’t Want to Oppose to Trump: Your Silence Is Complicity https://t.co/wIPoqSu0mE

He told “Morning Joe,” “If it’s somebody that I know that isn’t like crazy, you know, a person, you’ll hear him say, ‘Well, look, I just have to win my primary because if it’s not me, trust me, the guy I’m running against, he is really bad.’ I’m like, ‘OK, great.’”

“But you know, at some point, you have to stand up,” Kinzinger said of his private conversations with other Republicans. “Some of them it’s, ‘Hey, you have to quit trying to tell me how to do my job.’ You’ll get that occasionally.”

Kinzinger continued, “If I asked somebody, for instance, if they’ve even tweeted anything or made a statement at all in opposition to what Donald Trump said, where he said, I tried to get, you know, Mike Pence to overthrow the election. ‘Have you said anything?’ ‘Hey, I just don’t want to get in a Twitter war out there, or I am a local person. I focus on local issues.’”

Kinzinger is part of the Democrats’ January 6 select committee to investigate the Capitol riot. He and fellow ‘Never Trump’ Republican Rep. Liz Cheney, the only Republicans on the committee, were formally censured by the Republican National Committee last week for taking part in that effort.

“One party believes nothing but lies.”

Kinzinger: ‘Your silence is complicity, and that’s what we’re dealing with right now’

Kinzinger then became accusatory. “Your silence is complicity, and that’s what we’re dealing with right now,” he said. “It is so egregious.”

“We are in such a dangerous position,” the congressman finished.