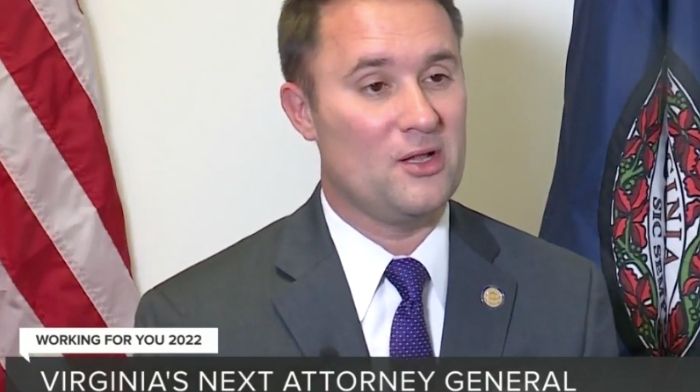 Virginia’s newly-sworn in Republican attorney general, Jason Miyares – who happens to be the first Latino to hold statewide office in Old Dominion – wasted absolutely no time announcing major investigations after being sworn in.

The first investigation centers around one of the most hot-button issues in the state – an issue that undoubtedly helped turn the electorate against the Democrats – the goings on within Loudoun County Public Schools.

The other AG investigation centers around the state’s Parole Board.

It’s a new day in Virginia.

Loudoun County Under The Gun

As a quick recap, Loudoun has been the center of controversy over two – some would say related – issues. First, the battle between parents and bureaucrats over Critical Race Theory (CRT).

Second, a shocking case in which a male student (there has been controversy on whether or not the male student’s gender identity was part of the story, with the left and media saying that is false) attacked two girls in the bathroom in separate incidents at separate high schools.

The story came to national prominence when the father of one of the victims was arrested by police for making a scene at a Loudoun County school board hearing about transgender bathrooms. The male student who attacked girls in bathrooms was wearing a skirt, but apparently doesn’t identify as female – you can see how people may be confused.

The case, however, took on other dimensions beyond the county’s bathroom policies. After the boy had attacked a girl at one high school, he was allowed to transfer to another school, where he attacked another girl.

At issue here for AG Miyares and critics of the Loudoun County school board is the charge that they covered up, or at least hushed up, the first attack. The Superintendent is reported to have said at a June school board meeting that he “didn’t have any record of assaults occurring in our restrooms.”

In his announcement of the investigation of Loudoun County, AG Miyares said, “Loudoun County Public Schools covered up a sexual assault on school grounds for political gain, leading to an additional assault of a young girl.”

RELATED: Huge Crowd Turns Out For Trump In Arizona: ‘Nobody’s Ever Had A Movement Like This’

The investigations weren’t the only news to come from AG Miyares. On his first day, he also fired 30 current staff members of the AG’s office.

His spokesman said of the personnel changes, “During the campaign, it was made clear that now Attorney General-elect Miyares and Attorney General Herring have very different visions for the office. We are restructuring the office, as every incoming AG has done in the past.”

As for the other investigation into the state’s Parole Board, Miyares said, “One of the reasons Virginians get so fed up with government is the lack of transparency – and that’s a big issue here. The Virginia Parole Board broke the law when they let out murders, rapists, and cop killers early on their sentences without notifying the victims.”

We’re just a few hours into the new administration, and already Virginia looks to be in for some real change.