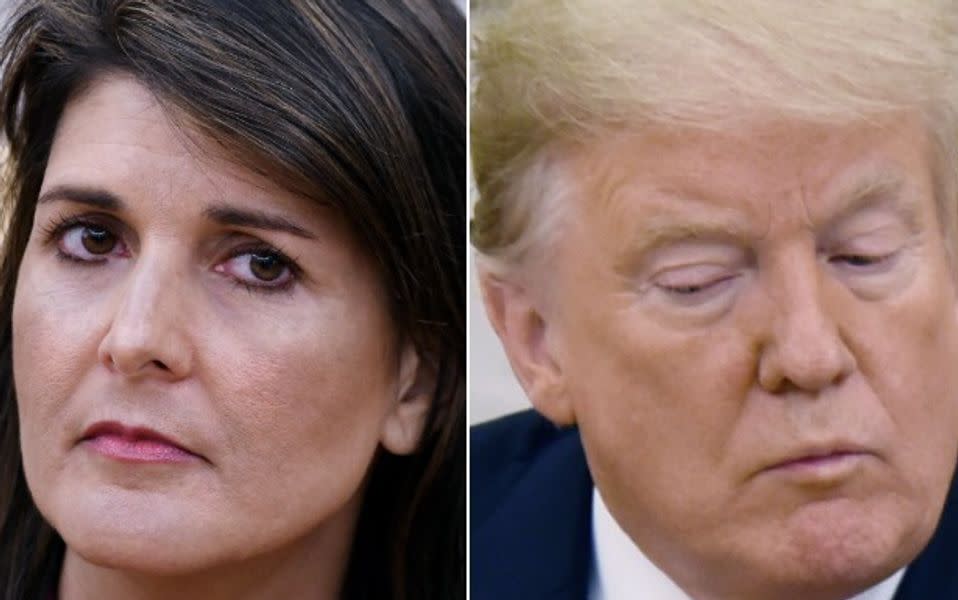 Nikki Haley, former U.S. ambassador to the United Nations under Donald Trump, was roasted on Twitter Monday for comments she made on Fox News in defense of her old boss.

Haley slammed former Vice President Mike Pence, who last week criticized Trump for pressuring him to overturn the 2020 election results. She did so with an odd choice of words given her former employer’s tendencies:

“Mike Pence is a good man. He’s an honest man. I think he did what he thought was right on that day. But I will always say, I’m not a fan of Republicans going against Republicans.”

It wasn’t lost on her critics that in attacking Pence, she herself had become a Republican going after a Republican. And, of course, she did so in defense of Trump, who has spent and continues to spend much of his energy attacking Republicans he deems disloyal.

That has at times included Haley herself, who has criticized Trump in the past, only to walk it back.

“Well, every time she criticizes me, she uncriticizes me about 15 minutes later,” Trump told Vanity Fair last year.

I’m not a fan of Republicans going after Republicans, says Nikki Haley who *checks notes* worked for Donald Trump and continues to boost him. Lol. https://t.co/tpObaTTszp

What I appreciate about Nikki Haley is how consistent she’s been in forcefully voicing this principle, especially when Donald Trump was attacking Repub….hahahahahahahahahahah https://t.co/lc8c9T2Iwr

There are some members of the GOP that seem particularly craven in everything they do. Nikki Haley us one of them.

In other words, Nikki Haley is not a fan of Republicans telling the truth about Republicans. She is in the right place. https://t.co/jwH1Ijusha

Nikki Haley once again fishing to be relevant, praying she gets the nod for VP in 2024.
It’s never going to be you, Nicki.
Never. https://t.co/DMY6AxD7AC

This article originally appeared on HuffPost and has been updated.