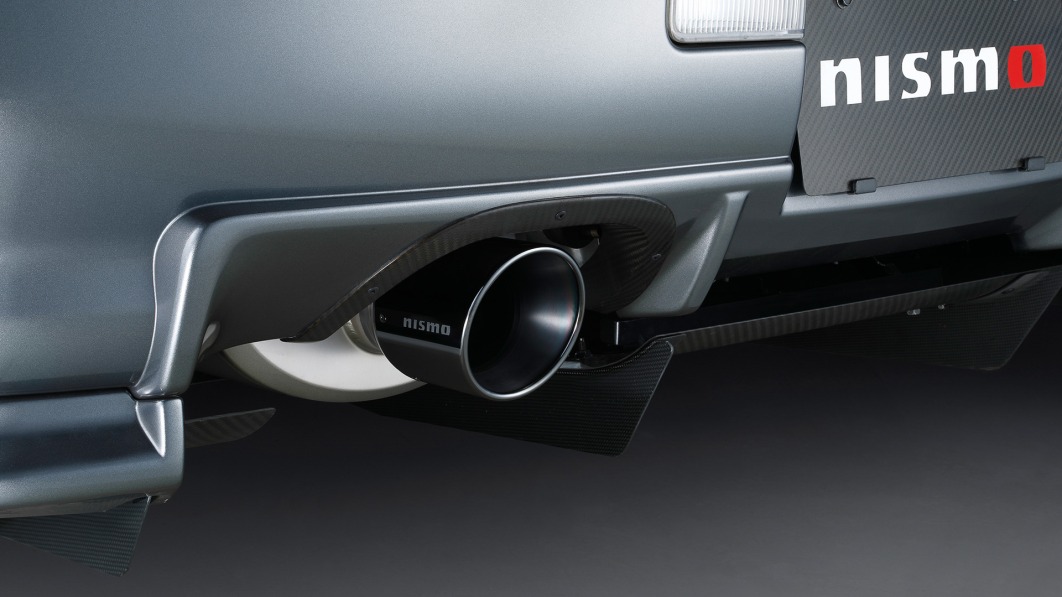 Nissan is gradually expanding the list of parts it reproduces for older variants of the GT-R. It launched its Nismo Heritage program in 2017 with about 80 components, and it announced made-to-order titanium exhaust systems for three generations of the car this December.

Buyers in Japan have the option of ordering a full exhaust system including a front downpipe with an integrated catalytic converters, a midpipe with silencers and a muffler with a Nismo-branded tip. These parts blur the line between stock and aftermarket. On one hand, they’re designed by Nissan as direct replacements for the factory-fitted exhaust components. On the other hand, they’re manufactured with titanium so they’re about 28 pounds lighter than stock, and design tweaks made to the center pipe and the muffler reduce pressure in the line by about 7%.

Regardless of which generation of the GT-R is in your garage, the exhaust systems aren’t cheap. The units that fit the R32 and the R33 models cost 726,000 yen, according to Japanese site Car Watch, which represents about $6,400 at the current conversion rate. R34 owners will need to send Nissan 737,000 yen (around $6,500). As a trade-off, the exhaust components are made-to-order to factory specifications.

There’s no word yet on whether Nissan will make its titanium exhaust systems available in the United States. Older versions of the GT-R weren’t officially sold here, but a lot of them have trickled in (sometimes via Canada) now that they’re old enough to be legally imported.