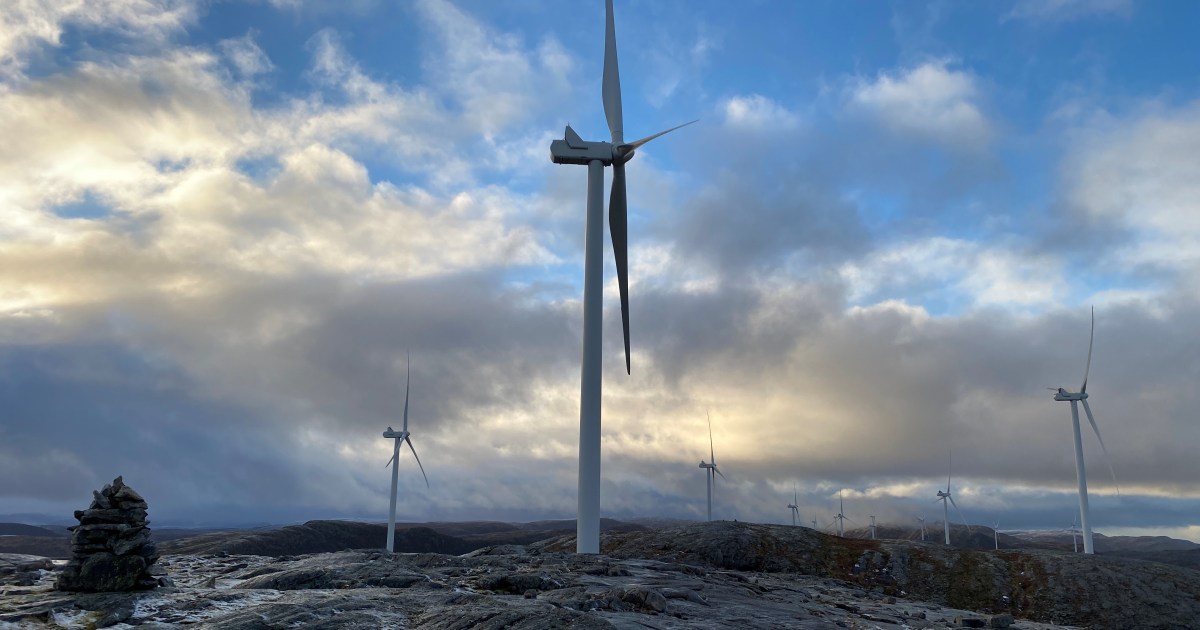 In October 2021, the Supreme Court of Norway issued a landmark ruling which upheld the rights of Indigenous people and dealt a significant blow to the country’s renewable energy strategy. The 11-judge panel declared that the Roan and Storheia Wind Farms built on the Fosen Peninsula in central Norway violated the rights of Sámi reindeer herders, guaranteed under the International Covenant on Civil and Political Rights, and that their licenses are void.

While the Sámi community welcomed the ruling and now expect the removal of the wind farms, the Norwegian government, which is a majority stakeholder in Fosen Vind, the company that owns and operates the projects, appears unwilling to accept it. In a December statement, Minister of Petroleum and Energy Marte Mjøs Persen argued that the verdict does not spell out what should happen to the wind farms and the solution could be just a matter of a new impact assessment and environmental impact mitigation measures.

If the Fosen wind farms remain in place, this would severely undermine Sámi trust in the Norwegian government, damage its credibility with regards to Indigenous rights, and weaken the authority of the Supreme Court. The Norwegian authorities must honour the Fosen ruling, remove the wind farms and find a path towards a green transition that does not involve the violation of minority rights.

Over the past two decades, Norway has sought to decrease its dependence on oil and gas by boosting the production of renewable energy, especially land-based wind power. The expansion of wind power production in Norway is aimed at making a profit by selling to Europe’s undersupplied energy markets, as well as satisfying a growing national demand.

As part of the national strategy to reduce carbon emissions, the Norwegian authorities plan to electrify Norway’s offshore oil and gas installations, which currently rely on burning fossil fuels to generate the power they use. This would necessitate linking these facilities to both on and offshore wind farms and significantly increase national electricity use.

These plans have been sharply criticised by environmentalists, who argue that the fossil fuel industry should be phased out and not enabled to grow by greenwashing its climate impact. In addition, new energy-intensive industries, such as the production of batteries and hydrogen fuel cells, are being established, which also necessitates the expansion of clean energy production.

As it happens, many new wind power projects are or will be situated in Sápmi, the ancestral lands of the Indigenous Sámi people, which covers the northern parts of Norway, Sweden, Finland and Russia. Their construction requires the building of roads and the erection of large, industrial installations in wilderness areas at a tremendous environmental cost.

Many of these areas are of critical importance to Sámi communities, for whom reindeer husbandry is a way of life. Wind farms can block access to vital pastures and calving grounds, or disrupt the migration of reindeer. Semi-domesticated reindeer avoid grazing in areas where they can see or hear wind turbines. As a result, the erection of wind farms such as the ones at Fosen can have a devastating effect on local reindeer herding, forcing herders to abandon their livelihood altogether.

For decades the Sámi people have fought against industrial encroachment on their lands, which have disrupted their traditional way of life. In the late 1970s and 80s, the construction of the Alta Dam hydropower project became a pivotal event, uniting Sámi activists and environmentalists in protest and triggering new forms of political mobilisation among the Sámi of Norway.

Despite their efforts, today, many herding districts have lost valuable grazing land to industrial projects and human infrastructure, such as roads, power grids, and cabins. Sámi communities perceive these facilities as well as the wind power projects on their land as green colonialism: land grabbing and extraction of resources justified as part of the country’s response to climate change.

In their struggle against the Fosen projects, the Sámi people have not been on their own. They have received international support, including from the United Nations, which has called on the Norwegian government to halt these and other harmful projects.

Against the backdrop of their long struggle, the Sámi community and their allies welcomed the Supreme Court decision on the Roan and Storheia Wind Farms as a victory. Silje Moutka, president of the Sámi Parliament, has firmly rebuked the government’s position and pointed out that different ways of reconciling the wind farms with continued herding in the area were thoroughly considered and ruled out as unviable before the court’s decision. Based on this, the president, along with local Sámi herders, environmentalists and prominent legal experts, concludes that the court decision leaves no other option but to dismantle the wind farms.

The Norwegian government has good reasons to be alarmed about such a turn of events. The Fosen wind farms are one of several large industrial projects opposed by Sámi herders, where the authorities granted permission to start construction before they were cleared in court. If this, and other projects are stopped, the Norwegian authorities may be liable for billions of dollars in compensation to affected companies. Furthermore, this may block efforts to boost Norway’s capacity for further wind power production.

The October court ruling represents a test for the Norwegian government of its commitment to Indigenous rights and to the rule of law. If the Ministry of Energy and Petroleum insists on keeping the wind farms in place, it would decisively fail that test.

If these wind farms are allowed to stay in operation through a drawn-out process involving new impact assessments and negotiations over their continued operation, the chance of restoring the disputed areas as herding land would fade and the herders would lose their case. This would effectively mean that the Sámi would not have legal recourse as an option to challenge the continuing encroachment on their lands by various state-backed industries.

In fact, the government’s defiance of the Supreme Court ruling would signal the weakening of Norwegian legal institutions’ authority and embolden industrial actors to continue violating regulations in the pursuit of profit. This spells nothing good for minority rights, environmental protection and even democracy in Norway.

The Norwegian government needs to understand the harm it would do with its defiance and instead concede the Supreme Court’s ruling by overseeing the removal of turbines in Roan and Storheia wind farms and assisting in the restoration of herding land. Going forward, it should not sideline the rights of Sámi herders in the review process of wind farms and other industrial projects. Given their harmful effects on reindeer herding and heavy environmental costs, new wind farms should be limited to areas where some sort of industrial infrastructure is already present, as suggested by the Green Party of Norway.

As a rich country with vast territories and natural resources, Norway should lead by example in setting up a green transition that does not involve green colonialism. It can explore a diversity of sources of green energy production, upgrade its existing hydropower plants, develop solar energy technology and floating offshore wind farms.

In the process, it should not ask its Indigenous communities to foot the climate bill. The Sámi, along with other Indigenous peoples, already face the consequences of climate changes they did not cause. They should not be made to bear the brunt of global climate action as well.

The views expressed in this article are the author’s own and do not necessarily reflect Al Jazeera’s editorial stance.