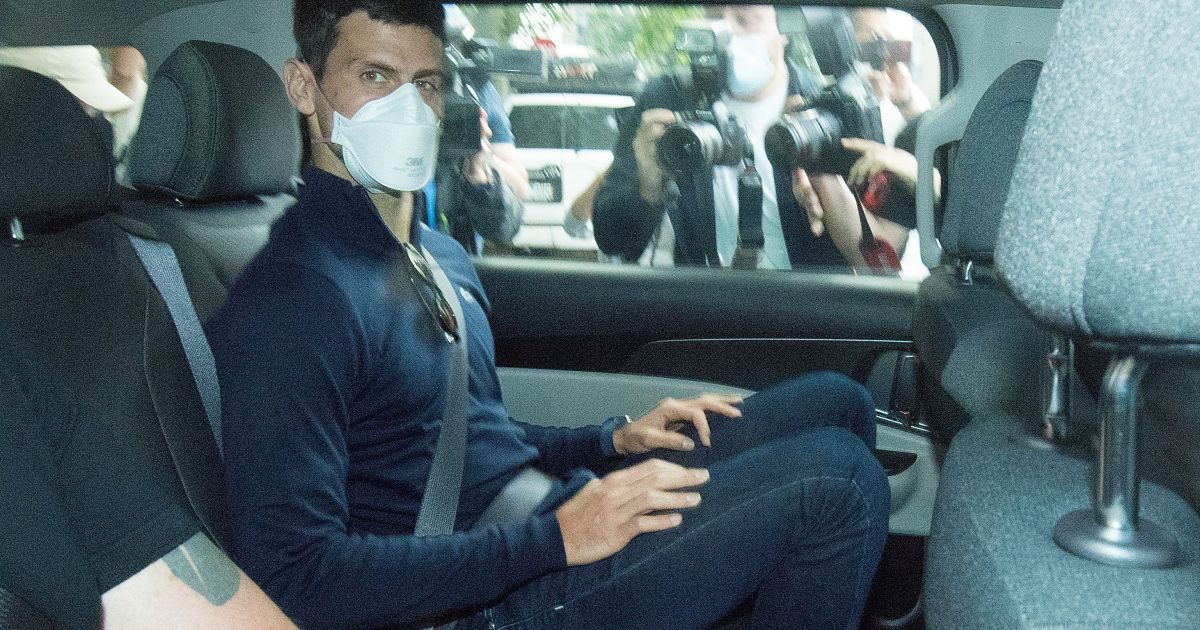 Novak Djokovic returned to court on Sunday to fight the Australian government’s second attempt to deport him.

The world’s number one men’s tennis player, who is not vaccinated against COVID-19, is appealing Immigration Minister Alex Hawke’s use of discretionary powers to cancel his visa on the grounds that he was a threat to public order because his presence would encourage anti-vaccination sentiment.

Djokovic’s lawyers told the Federal Court that there was no evidence to back the Australian government’s claim.

Nick Wood, acting for Djokovic, pointed to how the player competed in the Australian Open and other major tournaments around the world last year without provoking protests or unrest from anti-vaccination supporters.

“If there was any foundation for thinking that Mr Djokovic’s presence and participation at a tennis tournament might somehow lead to this anti-vax sentiment, one would expect that it would be supported by some kind of evidence about anti-vax protests or rallies or the like at tennis events,” Wood said.

Arguing nothing of the kind had been identified by the immigration minister, Wood said a forced removal of Djokovic may in fact spur the anti-vaccination movement and protests.

The three Federal Court judges hope to hear the entire case in a single day so that the nine-time Australian Open champion might begin on Monday his title defence at the first Grand Slam tennis tournament of the year.

Djokovic, who has declined to be vaccinated against COVID-19, has had a rollercoaster 10 days since he arrived in Australia on January 5. The tennis star had sought to enter the country with a medical exemption from rules mandating all visitors to be vaccinated but was refused entry.

The move came after his exemption prompted widespread anger in Australia, which has undergone some of the world’s toughest COVID-19 lockdowns and where more than 90 percent of adults are vaccinated.

The controversy has become a political touchstone for Prime Minister Scott Morrison as he prepares for an election due by May.

Following the government’s initial decision to revoke his visa, Djokovic spent four nights confined to a hotel near downtown Melbourne before being released on Monday when he won a court challenge on procedural grounds against his first visa cancellation.

But on Friday, the immigration minister blocked Djokovic’s visa again.

Court documents released by the sportsman’s lawyers on Saturday showed Hawke had justified his decision on the grounds that Djokovic’s presence could whip up more anti-vaccination sentiment in Australia at a time that the country is in the midst of its worst outbreak of the virus.

“Although I … accept that Mr Djokovic poses a negligible individual risk of transmitting COVID-19 to other persons, I nonetheless consider that his presence may be a risk to the health of the Australian community,” Hawke said in a letter to Djokovic and his legal team.

As the court hearings took place, hundreds of activists held a peaceful rally outside the Melbourne Park complex that hosts the Australian Open, and planned another for Monday.

“We’re at Rod Laver Arena to support Novak. He’s won nine [Australian Open] titles here. Hopefully this will be No. 10 – if he can get out of quarantine and get his visa back,” said Harrison McLean, one of the rally organizers. “We’re a peaceful movement, here to raise awareness and support everyone’s freedom of choice.”

Djokovic, who has won the last three Australian Open titles, is seeking a record 21st Grand Slam singles title. He is currently tied with Rafael Nadal and Roger Federer for the most by a man in history.

“Honestly I’m little bit tired of the situation because I just believe that it’s important to talk about our sport, about tennis,” said Nadal, who is tied on 20 major titles with Djokovic.

Alexander Zverev, the world number three, said Djokovic had been treated unfairly and that the Serb might have been used as a political pawn by Australian authorities, something Canberra has denied.

“This is obviously not a nice thing for everyone, for him especially,” Zverev said. But don’t question his legacy because of this.”