Home News Oldest Known US WWII Vet Who Just Died at 112 Revealed Christ-Inspired Secret to His Longevity: ‘Serve God and…’ 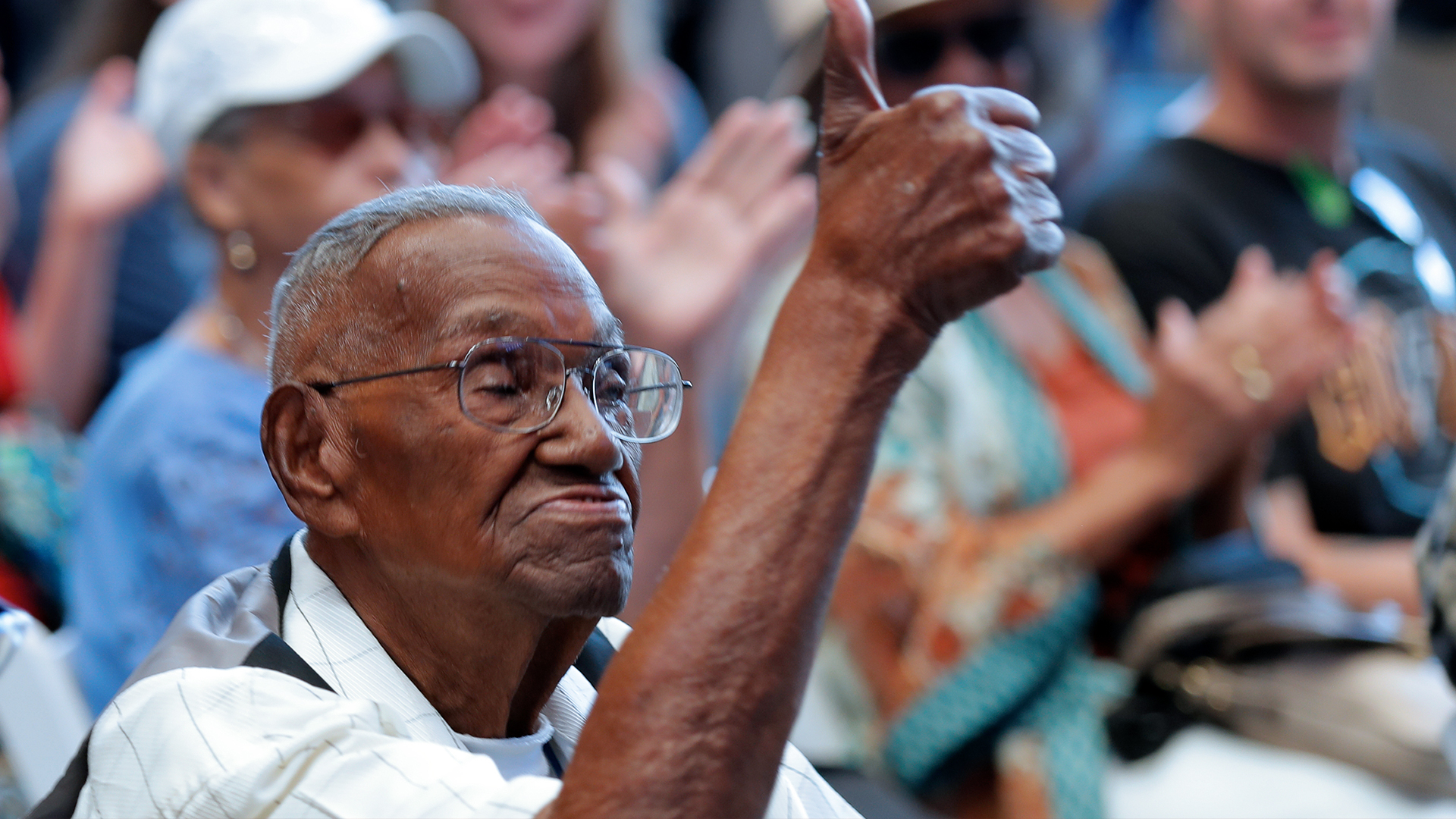 Lawrence Brooks was the oldest-known World War II veteran in the U.S. when he died Wednesday at the amazing age of 112. And as his life is being celebrated and commemorated, friends and loved ones are revealing that Brooks had a secret to his longevity: actively loving God and loving others.

“When asked about the secret of living a long life, he would say: ‘Serve God and be nice to people,’” the Rev. Morris Thompson Jr., bishop of the Episcopal Diocese of Louisiana, wrote to church members, according to Nola.com. “On this day, take a moment to honor his faithful service to our country and to the church by being kind to everyone you meet.”

The National WWII Museum also released a statement expressing sadness over Brooks’ passing and noting that he did, indeed, live by this “serve God and be nice to people” mantra.

Brooks’ credit for longevity seems to be derived from Jesus’ words in Matthew 22:36-40. When asked to describe the “greatest commandment in the law,” Christ said:

Brooks’ adherence to these verses shouldn’t be surprising, considering he was said by Thompson to be a faithful church member and had credited God for his many years on earth.

The World War II veteran has frequently made headlines for his past service and for his longevity. In fact, Brooks — who is clearly beloved — received more than 10,000 birthday cards over the years, according to The Army Times.

He celebrated his 112th birthday in September, with people driving by to show him respect. Normally, he has a birthday party at the National WWII Museum in New Orleans, Louisana, each year, but those plans changed over the past two years due to the COVID-19 pandemic.

Brooks was well aware of the unique nature of the long and amazing life he lived. In 2019, he said he was starting to think about the fact that he wouldn’t have “many birthdays left,” but he credited the Lord for his many years.

“I’m not worried about it, because God has let me live this long already,” he said.

Before his death, Brooks fondly looked back at his war memories, though he served at a time when soldiers were segregated by race. Still, as the Army Times noted, he didn’t seem to have any hard feelings about past struggles and said officers treated him well.

“I don’t have no hard feelings toward nobody. I just want everything to be lovely, to come out right,” he said in 2014. “I want people to have fun and enjoy themselves — be happy and not sad.”

Brooks, who was born in 1909, was one of 15 children and was the son of sharecroppers. He was drafted into the military and served a year in 1940 — but then returned to the Army after the attack on Pearl Harbor.

Though he didn’t see combat in his battalion, he spent time in Australia, New Guinea, and the Philippines and served numerous roles, including as a cook and valet.

An American hero passed away this morning. Lawrence Brooks, the oldest living WWII vet at 112 years old.
Here we are at National WWII Museum in New Orleans when he was 106 years old. He certainly had an incredible long life.
God bless you sir. An honor to know you.
Rest In Peace pic.twitter.com/8mfbGuNmxG

Actor Gary Sinese was among those who paid homage to Brooks in a Wednesday tweet, calling him “an American hero.”

“He certainly had an incredible long life,” the actor wrote. “God bless you sir. An honor to know you. Rest In Peace.”

Brooks’ daughter, Vanessa Brooks, said her father will be buried in his uniform at his request.

Mexican drug cartel gunmen burn shops, cars to avenge arrests
The un-Kenyan election
The FBI was tipped off by an informer close to Trump who guided them to where documents were kept, according to reports
A California man claims in court documents to have caught his wife trying to ‘kill’ him by pouring Drano into his drinks
Breadbasket Diplomacy: Preserving Wheat as a Tool of American Statecraft
Amateur Hour Part II: Failing the Air Campaign
Share This Post
Comment