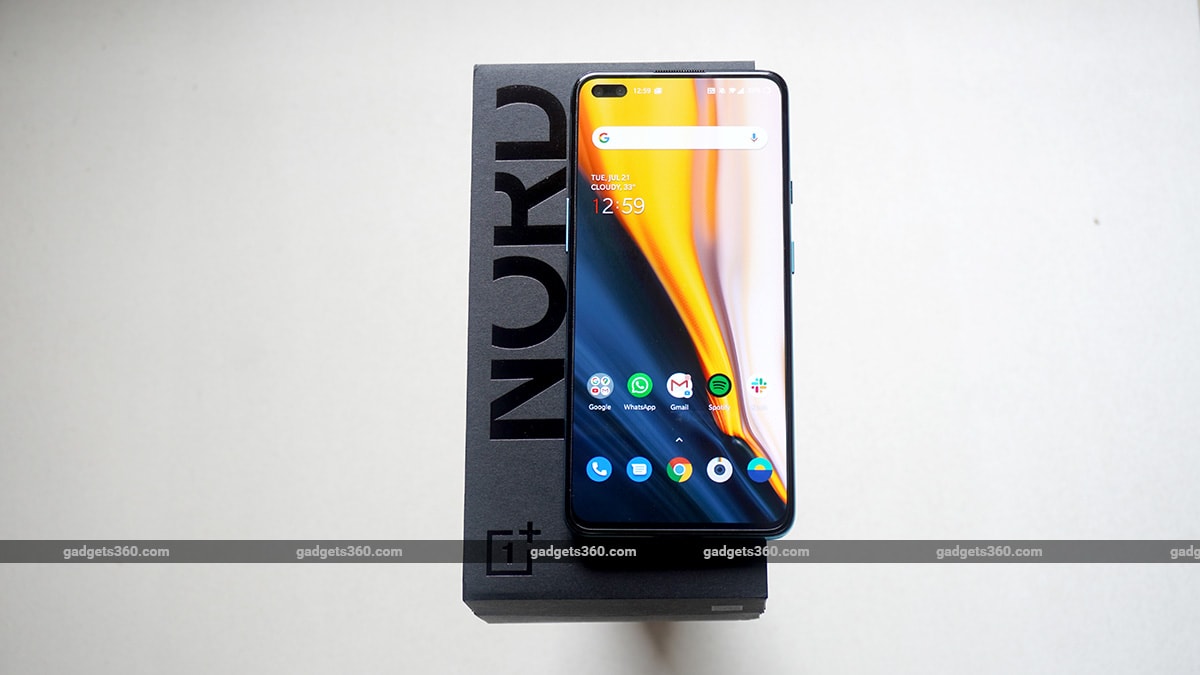 If you’ve been following news around the OnePlus Nord, you already know by now that it’s a great value-for-money offering under Rs. 30,000 in India. I praised it in my review and even found it to be a compelling choice when the odds were stacked against it. I think OnePlus has reached a point with its smartphones where we just expect them to be good. They may not be perfect, but it’s also hard to ignore the good value they offer.

The OnePlus Nord was not designed to ‘kill’ flagships, but I think OnePlus may have unintentionally done just that within its own lineup. Looking at how the Nord borrows a lot of its features from the OnePlus 8, it really begs the question — should you bother with the OnePlus 8 anymore? This is something that’s been on my mind since the beginning. I also noticed that a lot of Gadgets 360 readers have been asking us this very question through comments on YouTube and other social platforms, so let’s settle this once and for all.

Is the OnePlus 8 worth it, over the Nord?

With a price difference of nearly Rs. 17,000, between the OnePlus Nord and the OnePlus 8, I think for most people, the little luxuries offered by the 8 are not going to be worth the premium it commands. The OnePlus 8 is undoubtedly a very good phone in its own right, and going by this recent report, it’s one of the reasons OnePlus was able to claim the top spot in the premium smartphone segment in India for Q2 2020. The OnePlus 8 has its share of advantages over the OnePlus Nord, such as better build quality with its metal frame, and stereo speakers. It also has a much faster processor and uses faster flash storage.

However, the OnePlus Nord seems to match up to the OnePlus 8 in pretty much every other area. Both feature 90Hz AMOLED displays with the same resolution, and both have similar sized batteries with the same fast charging tech. Even their camera performance was more or less similar. In fact, the Nord has a better selfie camera, which shoots 4K video, something the OnePlus 8 can’t do. Despite some display issues, which seem to be affecting some early adopters, the Nord has been a solid performer in my experience so far, all around. In a world without the Nord, the base variant the OnePlus 8 offered the best value if you wanted the latest OnePlus phone, but I don’t think that holds true anymore.

If you’re looking for something in between the OnePlus Nord and the OnePlus 8, there has never been a better time to pick up the OnePlus 7T (Review). It might have last year’s flagship processor and no 5G support, but at its core, it’s basically a OnePlus 8 in an older body. Plus, with the 7T, you get a more useful telephoto camera instead of the one-trick pony macro camera in the 8.

However, I still feel the top-end OnePlus 8 Pro (Review) deserves a place in the company’s current portfolio. Despite its seemingly high starting price of Rs. 54,999, it’s the most complete OnePlus phone yet and still manages to be less expensive than competing flagships from Samsung and Apple. Other than the usual high-end specifications, it’s also officially rated to survive some exposure to dust and water, and can be charged wirelessly — the two features that have been missing from previous OnePlus phones for years. Compared to the OnePlus Nord, the price difference is even bigger, but the 8 Pro does offer many meaningful upgrades which could be worth the premium for some folks.

Wait for the OnePlus 8T

If you don’t want to settle for anything less than a 800-series SoC in a OnePlus phone, then I would highly recommend you wait for the inevitable OnePlus 8T. The ‘T’ models have long been OnePlus’ mid-cycle refreshes, and these have sometimes introduced small but meaningful changes, and are sometimes complete overhauls. The OnePlus 7T was a major upgrade to the OnePlus 7 (Review), in every possible way, and we hope to see this happen with the OnePlus 8T too. I expect OnePlus to add many of the features of the OnePlus 8 Pro to the OnePlus 8T, in the same way that it did with last year’s 7T refresh.

There haven’t been a lot of leaks around the OnePlus 8T yet, but if history tells us anything, we should expect the 8T to feature Qualcomm’s Snapdragon 865+ SoC. So far, the Asus ROG Phone 3 (Review) is the only phone to have it, in India. Secondly, OnePlus could upgrade the selfie cameras (if not the others too) in the 8T. I wouldn’t mind if it simply took the Sony IMX616 sensor from the Nord and dropped into the OnePlus 8T. Whether it will have one or two front cameras though, is uncertain.

I also really hope to see wireless charging and an IP rating added to the 8T. Finally, I do think OnePlus will introduce a faster charging system with the new refresh. Recently, the term ‘65W Super Warp Charge’ was spotted in the Android 11 beta code, for the 8 series. If OnePlus can offer all these features in the 8T, at the current price of the OnePlus 8, then it could justify its premium over the OnePlus Nord.

When is the OnePlus 8T expected? That’s anyone’s guess right now. The current pandemic situation forced OnePlus to delay the sale of the 8 series, and even the Amazon-exclusive base variant of the OnePlus Nord is only expected in September. It’s not just OnePlus, even Apple has confirmed that the launch of the iPhone 12 will be delayed this year. This means we could see the OnePlus 8T series launch sometime in late October or even November. Besides the 8T series, we could also see more budget phones in the Nord series, if recent rumours are anything to go by.

OnePlus has raised the stakes in the mid-tier market, both for the competition and itself, by launching the Nord. While it’s proven that it can deliver a great mid-range smartphone without sacrificing any of the core OnePlus experience, it also now has to work doubly hard on its premium lineup in order to justify the pricing. Google’s timing for announcing the Pixel 4a is also hard to overlook. It has managed to undercut most of its direct competitors in the US with its price of $349 (roughly Rs. 26,200). We’ll have to wait and see if Google will price it aggressively in India too, when it goes on sale in October.

While it’ll be interesting to see what OnePlus does with its next line of flagship phones, I am more curious to see how it tackles the various budget tiers, especially the sub-Rs. 20,000 segment. If the OnePlus Nord is any indication, I think the mainstream smartphone space in India could be in for a major shakeup.

Is Nord the iPhone SE of the OnePlus world? We discussed this on Orbital, our weekly technology podcast, which you can subscribe to via Apple Podcasts, Google Podcasts, or RSS, download the episode, or just hit the play button below.

Poco X4 Pro 5G Review: Does It Have the ‘X’ Factor?
We need smarter cities, not “smart cities”

Truly smart cities recognize the ambiguity of lives and livelihoods, and they are driven by…