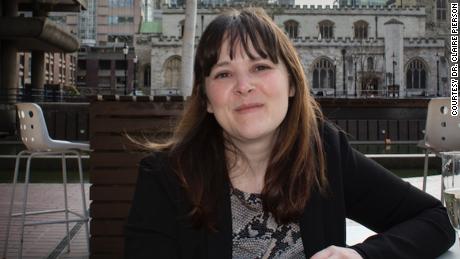 Metsola is a member of the center-right European People’s party and is anti-abortion. She comes from Malta, which has the strictest abortion laws in Europe, criminalizing abortion under any circumstances. Malta is also the only EU member with a total ban. Indeed, Metsola voted against the 2021 EU Parliament Matic Resolution which declared abortion to be a human right, on the basis that Malta should have the right to legislate for itself on abortion.
And in 2020, she voted against an EU resolution on Covid-19 which describes denial of abortion as a form of violence against women. In 2015 Metsola also signed a statement with other Maltese MEP’s that stated they were “categorically against abortion.”
That said, Metsola was clear during her first news conference as president, that she would respect the Parliament’s position on all matters, including abortion. “My position is that of the European Parliament,” she said. “This parliament has always been clear and unambiguous on the issue of sexual and reproductive health rights.”
While over 95% of women of reproductive age in Europe live within liberal abortion regimes, the election of a president who is explicitly anti-abortion indicates that it is necessary to ensure abortion is clearly designated as a human rights issue, with decriminalization as a minimum standard. The current backlashes on gender equality in some EU member states mean that continued liberalization of abortion is not guaranteed throughout Europe, and a change in government can mean a regression in abortion access or laws. Some countries, like Poland, are attempting to roll back abortion provision. 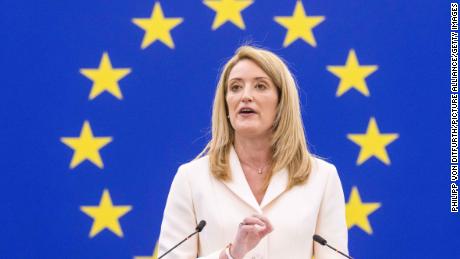 The right to abortion is not guaranteed in Europe — states which oppose liberal abortion laws argue that they have national sovereignty over the issue, while those which support liberal laws argue that as a human right it is a supranational issue.
While the majority of countries have laws allowing abortion on request or on broad social grounds, there continue to be barriers to accessing care, such as conscientious objection by health care providers, mandatory counselling and waiting periods, and gestational limits which mean some women and pregnant people continue to travel across borders to access care.
The threat of sanctions can delay or prevent care. For example, doctors in Germany are banned from advertising abortion services or providing information online. Decriminalizing abortion would allow it to be governed like any other health procedure, helping to remove barriers to care, abortion travel and the associated stigma.
The outbreak of the Covid-19 pandemic further highlighted inequality in abortion access across EU member states, and the need for a common public health response across the bloc. Abortion is an essential and often urgent health care requirement, but border closures and restrictions to movement made apparent the barriers to care women face. Countries such as Italy designated abortion as non-essential, therefore delaying care, while other nations like Poland sharply limited access to abortion.
Elsewhere, countries like France and Ireland used the pandemic as an opportunity to expand their telemedicine — or virtual care — allowing abortion seekers to access early medical abortion without having to travel to attend a clinic. While these measures were deemed as temporary necessities, their success indicates that in particular telemedicine for early medical abortion should become standard care.
The EU is often described as a champion for gender equality, in particular on issues such as LGBTQ rights and gender-based violence. However, opposition to gender equality, including abortion, is growing in several states including Hungary and Poland through their government’s nationalistic, populist discourse and political parties claiming to defend traditional family structures and gender roles. Research on the EU Parliament suggests that approximately 30% of current MEP’s are anti-gender, viewing women’s human rights as a threat to “traditional” or “family values.”
Metsola takes over the helm of a European Parliament at a critical moment in Europe’s future, and can still play an important role in ensuring women’s access to abortion. Indeed Europe’s most recent resolution to focus on reproductive rights, the 2021 Matic resolution, was initiated by the Parliament who instructed the European Commission to introduce legislation on reproductive rights.
The resolution frames abortion as a human rights issue and specifically condemns Poland and Malta for their restrictive abortion laws.
While the resolution was subject to a large number of amendments, and Metsola voted against it, the final text that was passed in 2021 urges decriminalization of abortion in member states and the removal of any obstacles to abortion.
If Metsola is to stand by her claim of respecting the Parliament’s position on abortion then she must put forward decriminalization of abortion — even in her home state of Malta.