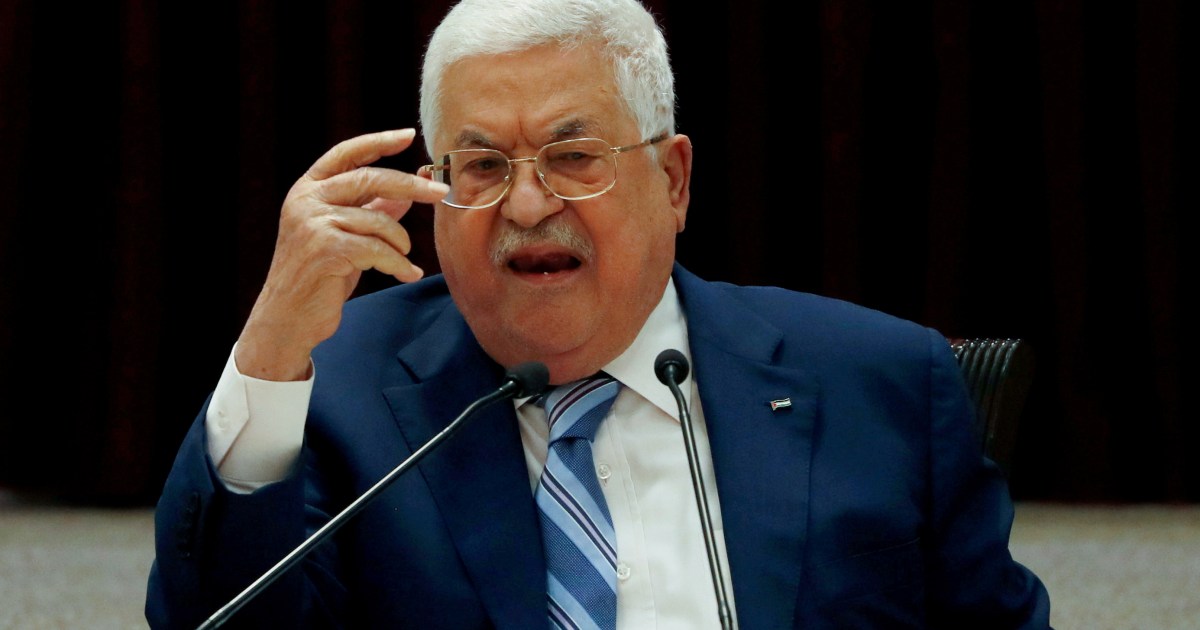 In a statement on Tuesday, the Israeli defence ministry said “the two men discussed security and civil matters” during the meeting, which Israeli media reported took place at Gantz’s home in Rosh Ha’ayin in central Israel.

Gantz told Abbas he intended to “continue to promote actions to strengthen confidence in the economic and civilian fields, as agreed during their last meeting”, the statement added.

In late August, Gantz visited the PA’s headquarters in the occupied West Bank city of Ramallah for talks with Abbas. It was the first official meeting at such a level in several years.

But after those talks, Israel’s Prime Minister Naftali Bennett said there was no peace process ongoing with the Palestinians, “and there won’t be one”.

Palestinian Civil Affairs Minister Hussein Al Sheikh tweeted on Wednesday that Abbas’s latest meeting with Gantz “dealt with the importance of creating a political horizon that leads to a political solution in accordance with international resolutions”. The last round of peace talks, brokered by the United States, collapsed in 2014.

President #Abbas met with Minister #Gantz, where they discussed the importance of creating a political horizon that leads to a political solution in accordance with international legitimacy resolutions https://t.co/bcY2bSPj6i

The pair also discussed “the tense conditions on the ground due to the practices of settlers, and the meeting dealt with many security, economic and humanitarian issues”, according to Al Sheikh.

For his part, Gantz tweeted: “We discussed the implementation of economic and civilian measures, and emphasised the importance of deepening security coordination and preventing terror and violence – for the well-being of both Israelis and Palestinians.”

The meeting, which lasted for two and a half hours, included the head of the Israeli military branch responsible for civil affairs in the Palestinian territories, Ghasan Alyan, senior PA official Hussein Al Sheikh and Palestinian intelligence chief Majid Faraj.

Al Jazeera’s Harry Fawcett, reporting from West Jerusalem, said observers believe that US pressure “to see progress or at least some indication of willingness to talk by the Israelis with the Palestinians” is likely what prompted the meeting.

“Bennett is still rejecting that the US reopen its Palestinian-focused consulate in Jerusalem,” Fawcett noted, referring to Washington’s announcement in May that it planned to restore ties with Palestinians, which had been downgraded by the administration of former President Donald Trump.

Also, the “security situation in the occupied West Bank and inside East Jerusalem in recent weeks has deteriorated,” which may have also played a part in holding the latest meeting, Fawcett added.

Meanwhile, Hamas, the group that runs the besieged Gaza Strip, condemned the talks between Gantz and Abbas, saying the meeting departs from the “national spirit of the Palestinian people”.

Israeli opposition party Likud also criticised the meeting, saying that “concessions dangerous for Israel’s security were only a matter of time”.

“The Israeli-Palestinian government has put the Palestinians and Abbas back on the agenda … it is dangerous for Israel,” the party added in a statement.

Relations between Israel and the Palestinian Authority have deteriorated substantially over the years.

Likud leader Benjamin Netanyahu sidelined the issue during his 2009 to 2021 tenure as prime minister that also saw the collapse of peace talks. Meanwhile, he oversaw a steady expansion of illegal Jewish settlements in the West Bank and occupied East Jerusalem. Settlements and outposts are regarded as illegal under international law.

His successor, Bennett, is a hardline nationalist who opposes Palestinian statehood and previously led a powerful settler lobbying council.

Although he has said he wants to reduce frictions with the PA, the West Bank has seen a surge in violence by settlers against Palestinian civilians.

Abbas’s Ramallah-based government has limited autonomy in the areas it administers across the West Bank. It seeks an independent state that includes all of the West Bank, occupied East Jerusalem and the besieged Gaza Strip.

Israel seized all three areas in 1967 and maintains control over them.

The PA has also come under mounting global criticism over a crackdown on key rights and activists.

His government is widely viewed as corrupt and authoritarian with a recent poll in June showing support for Abbas, who took power for what was supposed to be a four-year term in 2005, has plummeted.

Many have also criticised the PA’s close security coordination with Israel, seen by many Palestinians as a significant betrayal.