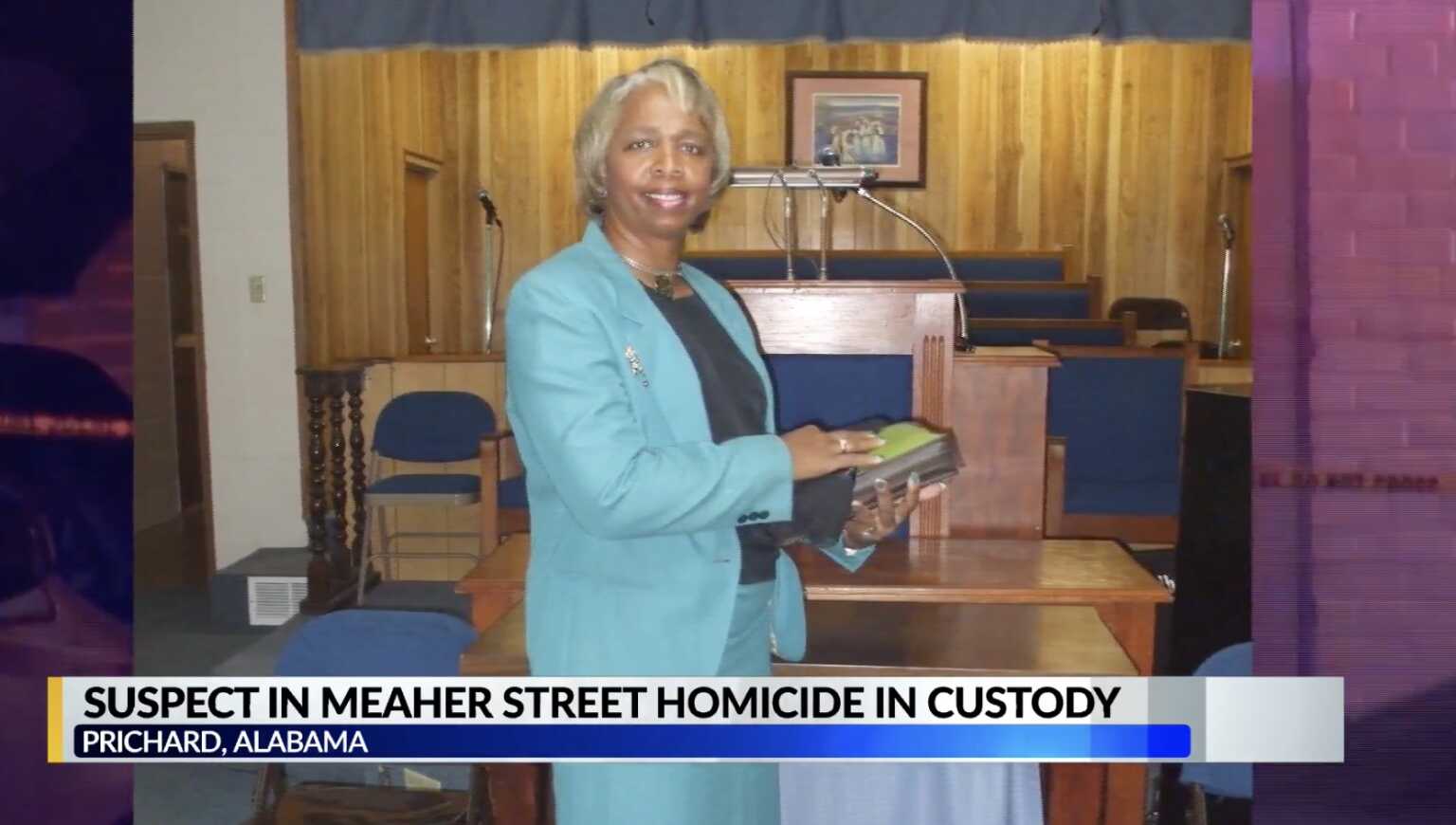 The wife of an Alabama pastor died last week after a stray bullet struck and killed her during a church Bible study, but her family is already offering grace and forgiveness to the person responsible.

Grace Carter, 65, was killed Tuesday while inside Everlasting Life Holiness Church in Prichard, Alabama, after a stray bullet entered through a door and struck her chest, WKRG-TV reported.

A 26-year-old woman named Kaillyn Christine Howard Harris was arrested and charged over the deadly incident. Harris, who turned herself in, expressed remorse after her arrest and sought forgiveness.

Carter is the wife of Cecil Carter, Sr., a pastor-elect at a separate church called Sunlight Missionary Baptist Church. The preacher, who said his wife sometimes attends Everlasting Life Holiness Church, expressed shock and pain over the tragic loss.

But he said he’s remaining strong for his family.

“Sweetheart I love you as always…right now my heart is empty because she’s not by my side but I know that she’s there spiritually,” Carter told WALA-TV. “Right now, I’m getting strength from knowing that God is able and knowing that my wife is in a better place with the lord, and no doubt about it that she loved the lord.”

Dee Carter, the victim’s daughter, also expressed deep pain over the death. But she offered forgiveness before police arrested a suspect in the killing. Carter said her mother would have asked God to forgive the perpetrator.

“We wish you no harm or ill will. I just ask that if you have a heart, a soul to please turn yourself in,” she told WKRG-TV in a statement. “My mother’s name was Grace and she would want Grace to be given to you.”

Dee Carter described her late mother as a “brilliant, phenomenal woman” and said she was “God-fearing.” She also said she takes comfort in knowing her mom was at church with “people she loved” when she died.

Pray for the Carter family as they deal with this senseless loss.