Home News Pilot Captures Footage Of ‘UFO Fleet’: ‘That Is Some Weird S***’ 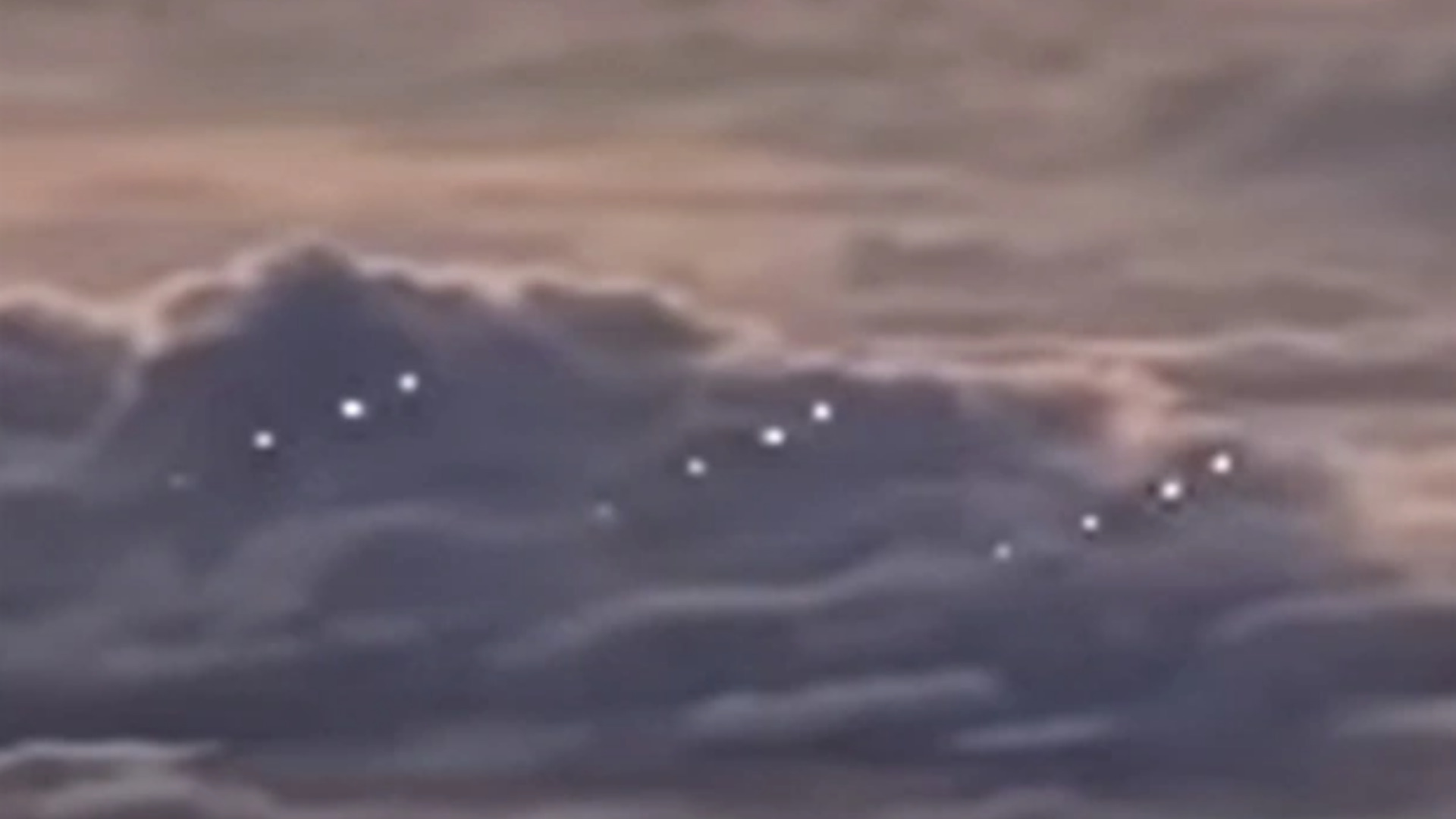 A video has emerged from November that appears to show a small fleet of a dozen or more crafts flying in formation over the Pacific Ocean.

Reportedly filmed by the pilot of the plane, the video shows lights in the distance that flicker, disappear, reappear. Later, the lights fade above a cloud formation.

A pilot claims he saw a fleet of #UFOs over the Pacific Ocean. The video was shot at around 39,000 feet. 🛸👽

The suspected #alien aircraft took the form of ‘weird’ rotating lights moving across the sky. 😳

What are your thoughts on the footage? 👀🤔 pic.twitter.com/N0I2WS2kYq

RELATED: San Francisco Restaurant Asks Police Officers To Leave Because They Are Armed – ‘We Were Uncomfortable’

The video was reportedly taken by the pilot above the South China Sea.

The video was shot on November 24, and caught plenty of attention online.

You can hear the pilot and co-pilot speaking in the video in the background. Both seem to agree that the formation they were witnessing was something physical and airborne.

“I don’t know what that is,” one man can be heard saying.

1/2 IR flares imo. Each light last for 6″ or 7″, the first ones being released are lower than the last ones as expected, smoke is not always visible as seen with other flare videos and the 3 fighter jets are too small and far away to be visible. https://t.co/EecnEA6ihJ

RELATED: Report: Chris Cuomo Set To Sue CNN For $18 Million After He Claims Boss Jeff Zucker Knew All About Efforts To Help His Brother

What Were These Flying Objects?

The Sun reported, “Others were quick to point out that the lights could be anti-missile flares shot from a warplane. It is possible that jets could be carrying out wargames because the footage was shot in the hotly contested South China Sea.”

“This section of the Western Pacific is a strategic shipping channel, a rich fishing ground as well as containing unexploited oil and gas fields,” The Sun reported. “Beijing claims it owns most of the disputed area, despite several other countries having seemingly legitimate claims under international law.”

“In recent years it has been building artificial islands on which military bases have been built in a bid to take control,” The Sun observed.

Still, these images are definitely some “weird s***.”

What do you think?