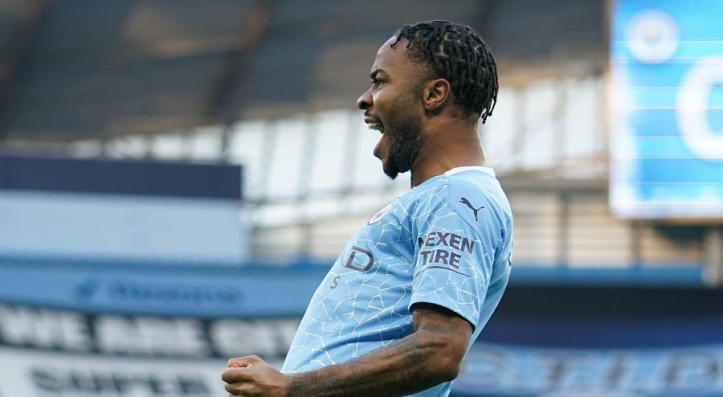 Manchester City increased their lead at the top of the Premier League table after a nine-goal thriller against Leicester City.

City beat Leicester 6-3 at the Etihad Stadium after an absolutely crazy game. The home side appeared to be romping to victory as they led 4-0 at half time thanks to goals from Kevin De Bruyne, Riyad Mahrez (penalty), Ilkay Gundogan and Raheem Sterling (penalty).

But a three-goal salvo early in the second half through James Maddison, Ademola Lookman and Kelechi Iheanacho gave Leicester hope of a stunning comeback.

Aymeric Laporte and Raheem Sterling ended any chances of that and ensured that Man City are now six points ahead of Liverpool at the top of the table.

Liverpool have a game in hand after their game against Leeds was postponed due to COVID. This was one of three matches on Sunday that were called off for this reason, with Wolves v Watford and Burnley v Everton also failing to go ahead.

Tottenham against Crystal Palace was also very nearly called off due to COVID but went ahead and Antonio Conte’s fantastic start as manager continued as they won 3-0.

Harry Kane, Lucas Moura and Heung-Min Son all scored in a comfortable win over a Palace team that had Wilfried Zaha sent off on 37 minutes.

Tottenham move up to fifth place above West Ham, who lost 3-2 at home to Southampton. Mohamed Elyounoussi, James Ward-Prowse (penalty) and Jan Bednarek hit the back of the net for the away side, with Michail Antonio and Said Benrahma replying for the hosts.

Arsenal stay in fourth after another win, this time thrashing rock-bottom Norwich 5-0 in East Anglia. Bukayo Saka (2), Kieran Tierney, Alexandre Lacazette (penalty) and Emile Smith-Rowe were all on target.

Virat Kohli Mental Health: Ahead of Asia Cup, Virat Kohli admits ‘In a room full of people, I felt alone’: CHECK OUT

Virat Kohli Mental Health: Ahead of Asia Cup, Virat Kohli admits ‘In a room full of people, I felt alone’: CHECK OUT