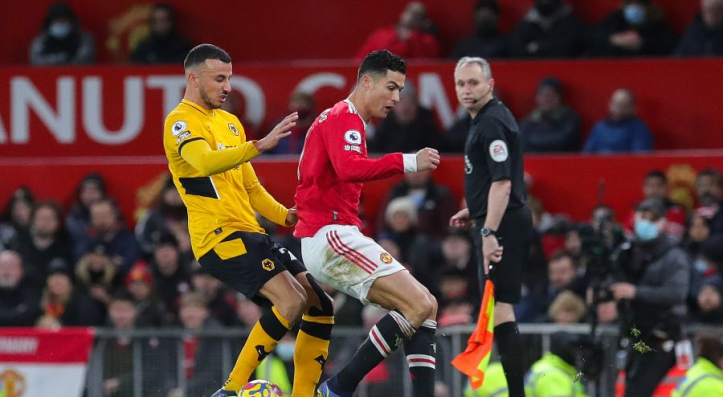 Manchester United suffered a 1-0 loss to Wolves on Monday to leave them seventh in the Premier League table, four points behind fourth-placed Arsenal with a game in hand.

With their title hopes long gone, the Red Devils were outplayed for long periods before Joao Moutinho struck in the closing 10 minutes to give the guests the lead as they moved into eighth.

Aside from a brief flurry in the middle part of the second half, in which Bruno Fernandes hit the bar and Cristiano Ronaldo had a header ruled out for offside, Man Utd were disappointing.

That’s how it finished and this result means that Man City are now 10 points clear of second-placed Chelsea. Liverpool are one point behind Chelsea in third with a game in hand.