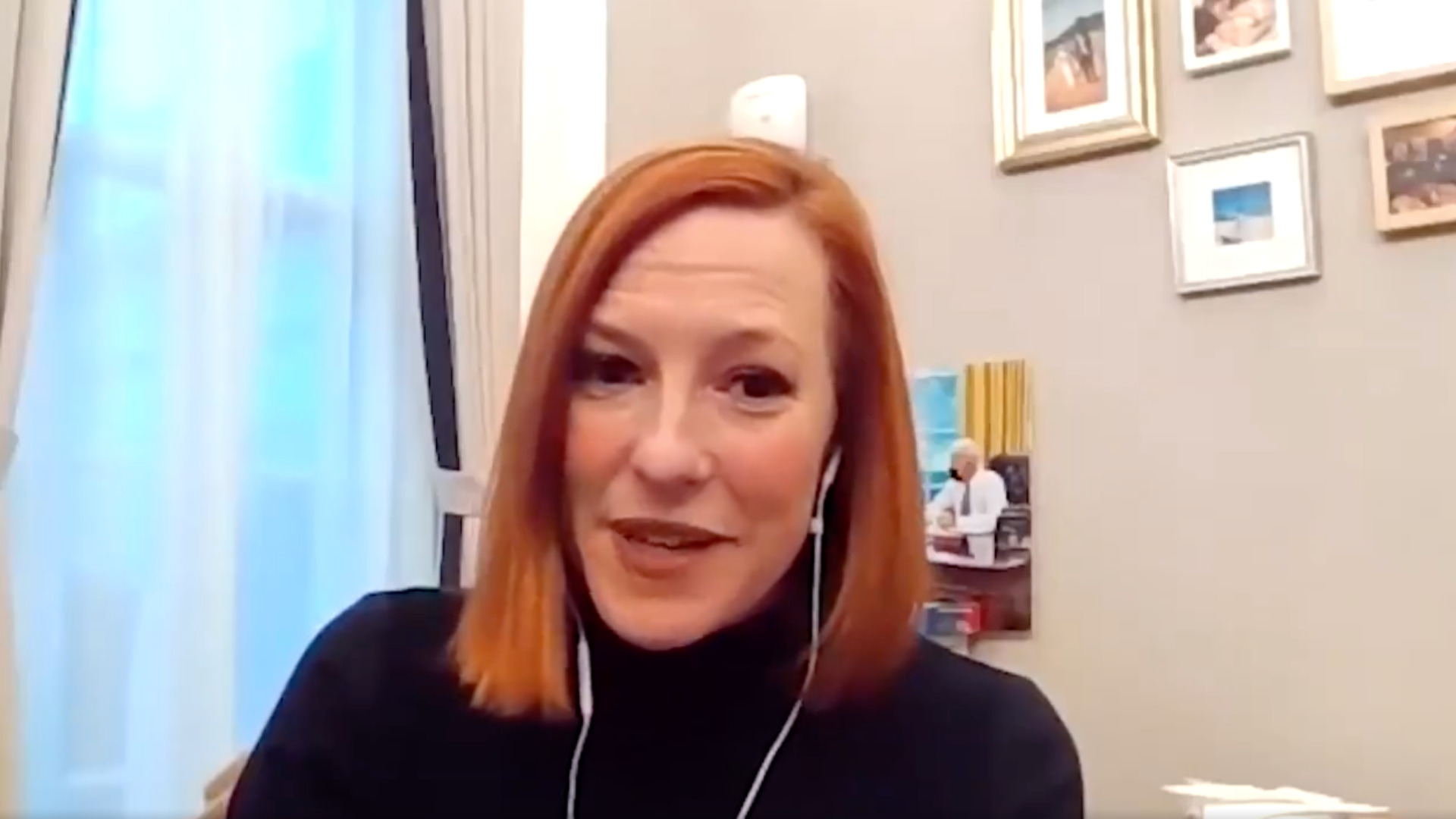 Psaki made her remarks during an interview on the Pod Save America Podcast, which is run by former Obama staffers.

JEN PSAKI: “What Does That Even Mean?”, Psaki dumbfounded that Republicans are focusing on crime wave pic.twitter.com/z1snyeH9A0

Psaki: ‘I am not here to work for Peter Doocy or Fox’

“I watched your briefing today and I have to come back to this Doocy kid,” Lovett said.

“You do not fall for any of this bait to your credit, though I think someone much worse at your job would also not fall for these questions,” Lovett added. “Are you worried that he’s not adjusting? That there’s not a new strategy to try and catch you in some kind of ‘gotcha’ question?”

Psaki focused in on the crime question – which may reveal just how sensitive the Biden White House is to the topic.

“I will say, if you look at how it’s portrayed, how my answers are portrayed, even how I say ‘no, we don’t think crime is good and here’s all the things we’ve done,’ including the thing that makes Republicans crazy, just anecdotally by the hate tweets I get on Twitter when I say this is that they voted against funding for local cops’ programs because the American Rescue Plan, also that Biden has supported $300 billion more in funding and at the same time he also thinks we need police reform – it’s like they don’t know what to do with that,” the press secretary added.

Psaki continued, “But every time we say that it makes them crazy. I think it speaks to, if you look at Fox on a daily basis … on Fox is Jeanine Pirro talking about soft on crime consequences.”

Psaki then compared how Fox News covers stories compared CNN and MSNBC’s – in other words, a comparison of what networks think is most important for the American people to know.

Psaki pointed out that CNN and MSNBC were both covering the Biden administration’s seeming drive to war against Russia.

Fox, on the other hand, was covering the disturbing rise in violent crime.

“I mean, what does that even mean?” Psaki wondered. “So there’s an alternate universe on some coverage and what’s scary about it is a lot of people watch that and they think the president isn’t doing anything to address people’s safety in New York and that couldn’t be further from the truth.”

Atlanta just set a 30-year record for the most homicides in a single year. President Biden’s soft-on-crime policies have caused a crime wave in cities across the US. That is what is really scary, @PressSec! https://t.co/tHrhxgp5ut

More than once, Doocy has challenged the Biden administration on rising crime nationwide.

When Doocy asked Psaki in December if part if the reason for a spike in crime was because some prosecutors were too soft, Psaki replied that the Biden administration would be doing more to help police departments.

So Doocy asked, “what good does it do if you’re going to give police departments extra money if they arrest bad guys and they bring them to jail and then they’re not prosecuted, they’re just right back out on the streets?”

On January 24, Psaki finally admitted that the “underfunding of some police departments and their need for additional resources” has been part of the reason for crime going up.