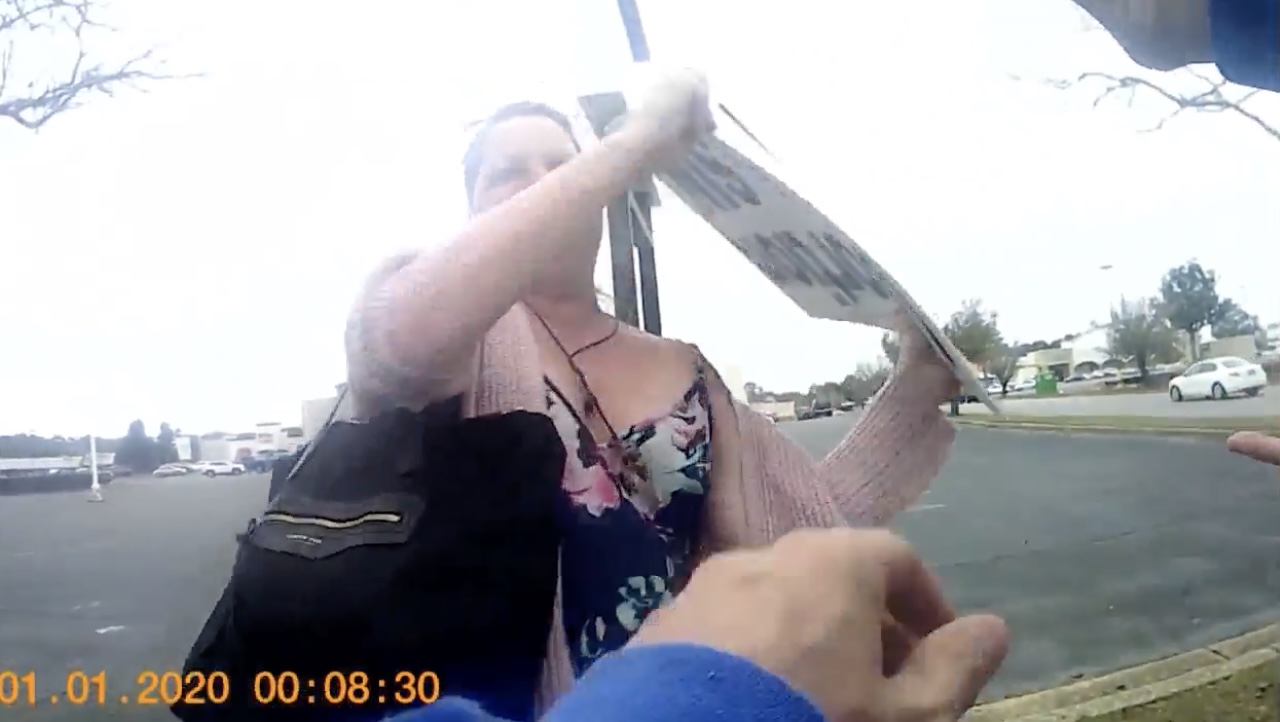 A Florida woman has been charged with misdemeanor battery after allegedly hitting a pro-life protestor with his own sign.

Jennifer Samala, 50, was reportedly arrested on Dec. 22, by police in Pensacola, Florida, over claims she hit a man in the face on Dec. 11, with a placard that read, “Abortion Is Sin,” WEAR-TV reported.

Samala turned herself in last Wednesday after a warrant was issued. The incident allegedly unfolded down the road from American Family Planning Pensacola, an abortion clinic.

Video of the encounter seems to show a group of individuals with anti-abortion signs sitting and standing on a grassy area. The clip includes audio of a man proclaiming, “Let there be no more abortion in our city.”

Suddenly, a woman can be seen walking toward the group, and a man’s voice says, “We’ve got an unhappy situation here” — an apparent reference to the woman quickly approaching.

The woman then approaches, pulls a sign out of the ground, and hits someone with it before storming away.

A pro-life protestor caught a woman on camera as she approached their group, took one of their signs and hit them with it. She was arrested this morning for it.

Tonight at 5 on @weartv I look into what’s behind the history of abortion controversy in that area. pic.twitter.com/K4teCfUeUR

The pro-life protestors told WEAR-TV they are at the same corner every Saturday. Dr. Thomas Messe, a doctor and protestor who was recording the video when the incident unfolded, said he and others were “minding” their own business at the time of the purported assault.

“She abruptly approaches us very fast — swearing, cursing. I pull out my phone because I know it’s going to be bad,” he said. “And she immediately grabs the sign and starts swinging at us — knocked my hand and knocked the phone out of my hand. I wasn’t hurt — but it was pretty scary. And luckily after that, she ran away.”

Messe said the woman also proclaimed that the protestors had “no right to do” what they were doing and that “it’s a woman’s right” to have an abortion. But he, too, is also passionate on the other side of the issue.

“I feel very strongly about the abortion industry,” he told the Pensacola News Journal. “I believe I’m called by Jesus Christ to minister on behalf of these unborn babies.”

Samala was reportedly released on a $1,000 bond last Wednesday.