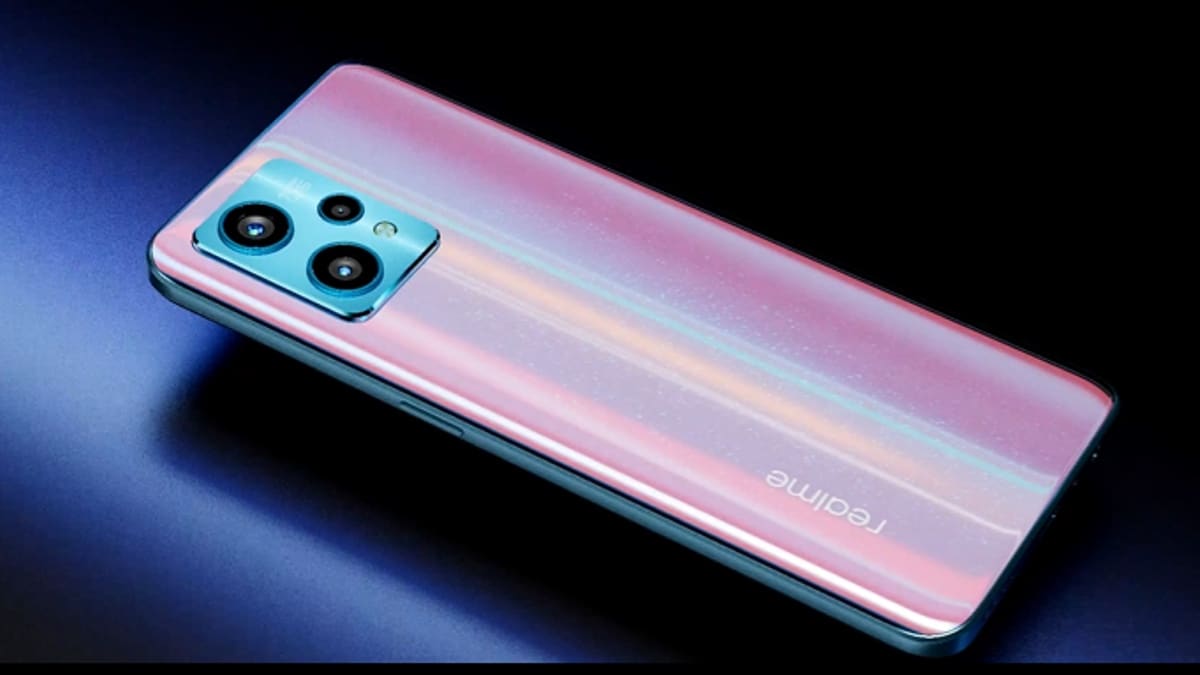 Realme 9 Pro and Realme 9 Pro+ have been leaked in an unboxing video ahead of their launch in India. Apart from the design, the video also reveals the key specifications of the smartphones as well as gives a glimpse at the in-box contents. The video also shows the Realme 9 Pro+ ‘Light Shift’ colour-changing back panel as teased by the Chinese company, and the phone’s optical under-display fingerprint sensor that can measure the heart rate of the user. Both the Realme phones will be launched in India on February 16.

The video has been released by a Toronto, Canada-based YouTube channel called The Box. You can watch the video below.

Some key specifications of Realme 9 Pro and Realme 9 Pro+ were teased by the dedicated microsite on Realme India website. This includes the information regarding the triple rear cameras of the phones and the Light Shift Design on the back panel that will change colours in sunlight.

The webpage reveals that Realme 9 Pro+ will have a 50-megapixel Sony IMX766 primary sensor with optical image stabilisation (OIS) and will be powered by a MediaTek Dimensity 920 SoC. It is tipped to come with 60W SuperDart Charge fast charging, Super AMOLED display, under-display fingerprint sensor, and NFC support.

Realme 9 Pro will sport a 64-megapixel Nightscape primary camera, Qualcomm Snapdragon 695 SoC under the hood, and a 120Hz display. The phone is also teased to have a 5,000mAh battery with 33W Dart Charge fast charging and NFC support.

The presenter in the video reveals the same specifications as well as provides a few more details. He says that the Realme 9 Pro+ is lighter and is more comfortable to hold than the Realme 9 Pro owing to a smaller screen size. They both have a similar rear camera design and Light Shift back panel. Although the phones have different primary sensors, they both have an 8-megapixel ultra-wide camera and a 2-megapixel depth sensor. The presenter also says that the Realme handsets will be available in multiple colour options, as previously reported. The boxes of both Realme smartphones have a clear case, 60W Dart Charge power bricks as well as a USB Type-C cable.

The differences between Realme 9 Pro+ and Realme 9 Pro are in the camera department mentioned above, display technology, fingerprint sensor and battery. While the Realme 9 Pro+ gets an AMOLED panel with 90Hz refresh rate, the Realme 9 Pro comes with a 120Hz LCD display. There are dual speakers on the Pro+ model, and a single speaker on the Pro variant, the presenter shows.

The presenter says that Realme 9 Pro+ comes with a 4,500 mAh battery with 60W fast charging support, and the Realme 9 Pro is teased to pack a 5,000mAh battery with 33W fast charging. In terms of biometric security, the Pro+ will come with an under-display optical fingerprint sensor that can also measure heart rate, which was previously tipped in a report. The Pro model is said to come with a side-mounted fingerprint sensor.

Furthermore, the Realme 9 Pro+ is tipped to come with two SIM slots but the Realme 9 Pro will get a single and a hybrid SIM slot which can be used to expand storage via microSD card. Both the phones have a 3.5mm headphone port, USB Type-C port for charging and run Android 12-based Realme UI.